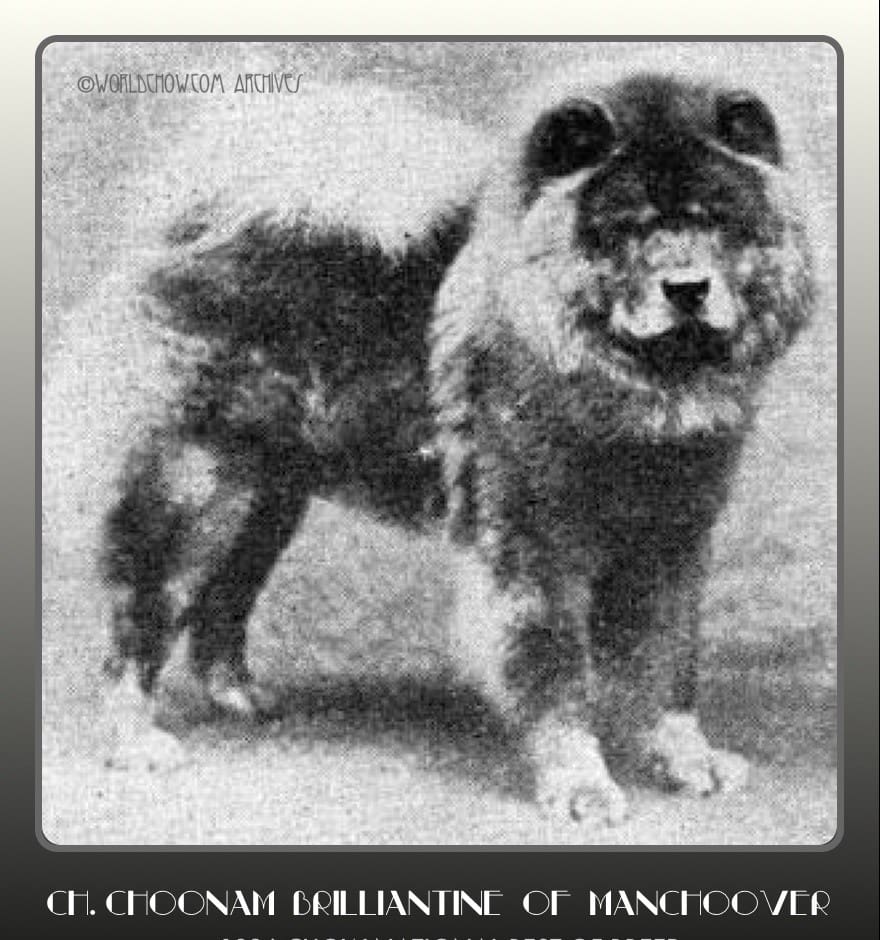 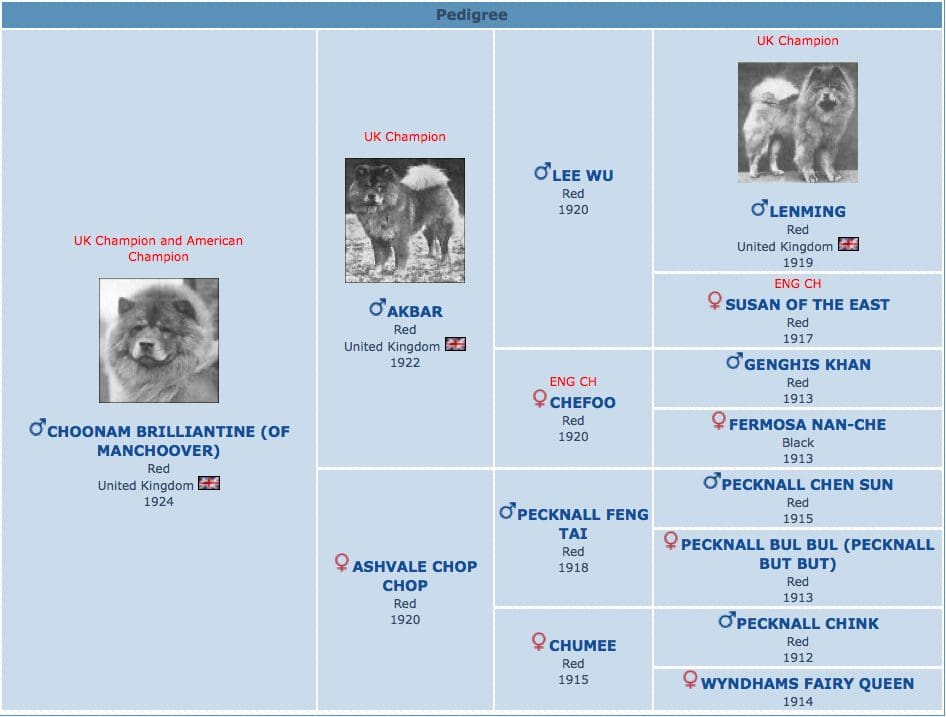 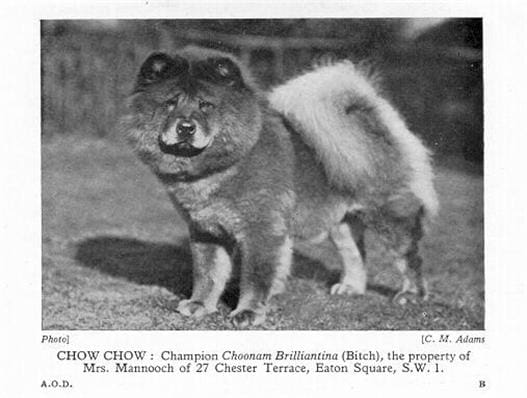 ABOVE FIND RARE FOOTAGE VIDEO OF THE CHOONAM KENNEL IN ENGLAND WHERE CH. CHOONAM  BRILIANTINE OF MANCHOOVER  WAS BORN.  HE IS EVEN MENTIONED IN THIS WONDERFUL NEWSREEL AS BEING EXPORTED TO AMERICA 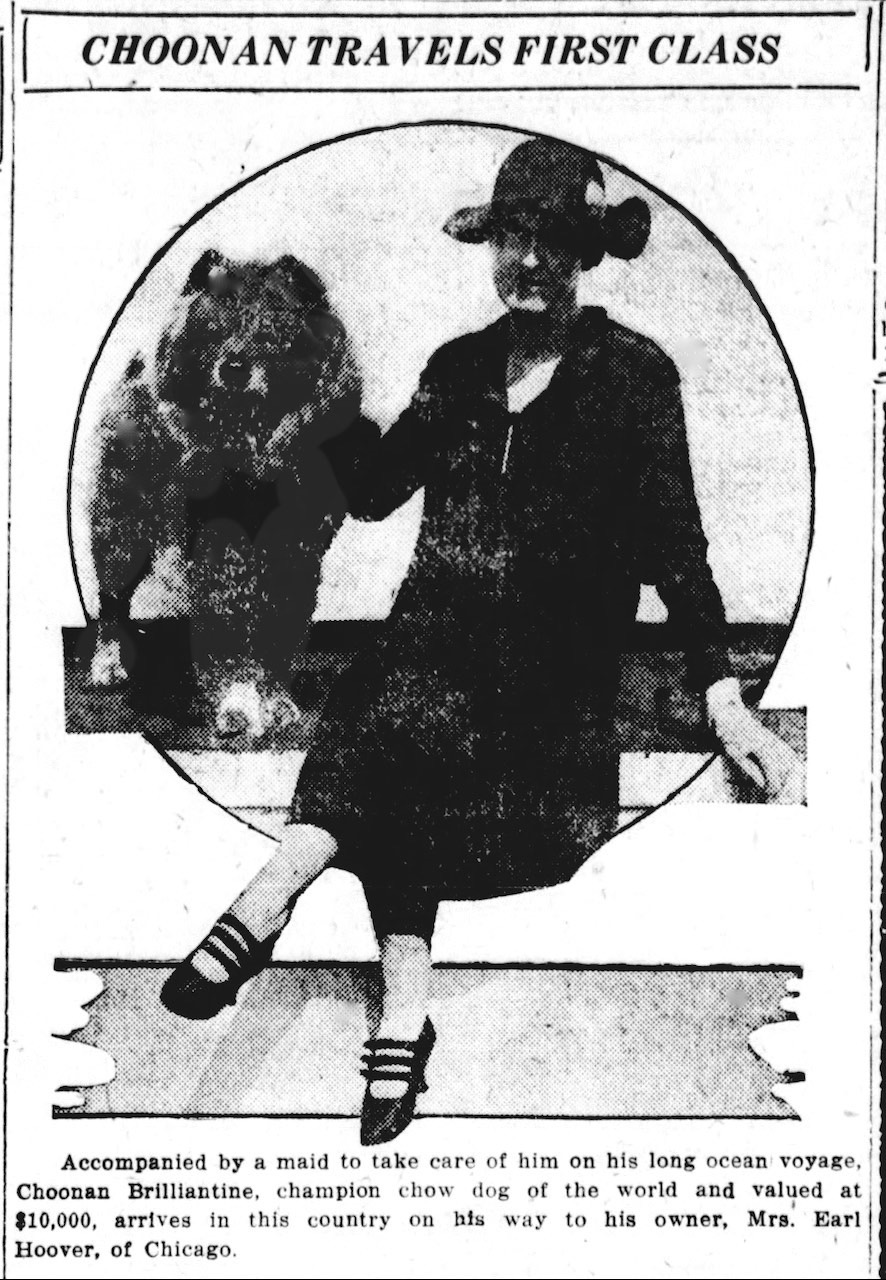 ANOTHER PHOTO BELOW IN MY COLLECTION ,  STATES THAT BRILLIANTINE WAS ACCOMPANIED NOT BY A MAID AS NOTED ABOVE, BUT BY MRS WILLIAM S. BAER WHO WAS THE WIFE OF PROMINENT DOCTOR LEADING THE ORTHOPAEDIC CLINIC  AT  JOHNS HOPKINS HOSPITAL IN MARYLAND.  THEIR FAMOUS CHOW KENNEL WAS MOOSILAUKE CHOWS. 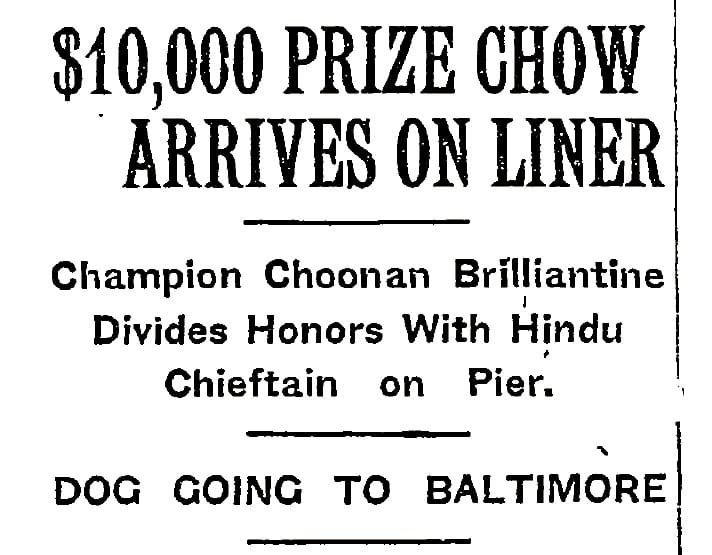 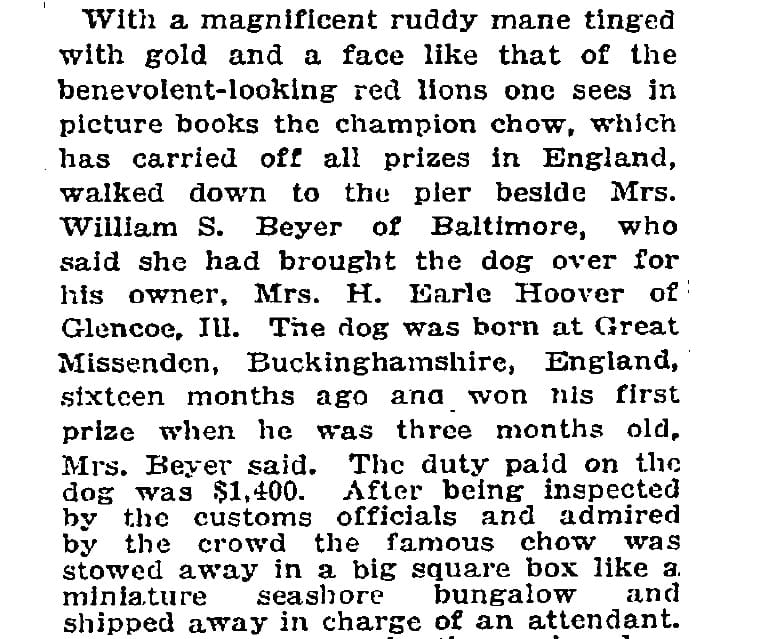 KNOWN OFFSPRING AS LISTED ON INGRUS.NET PEDIGREE SITE- THERE ARE MANY MORE I NEED TO FIND 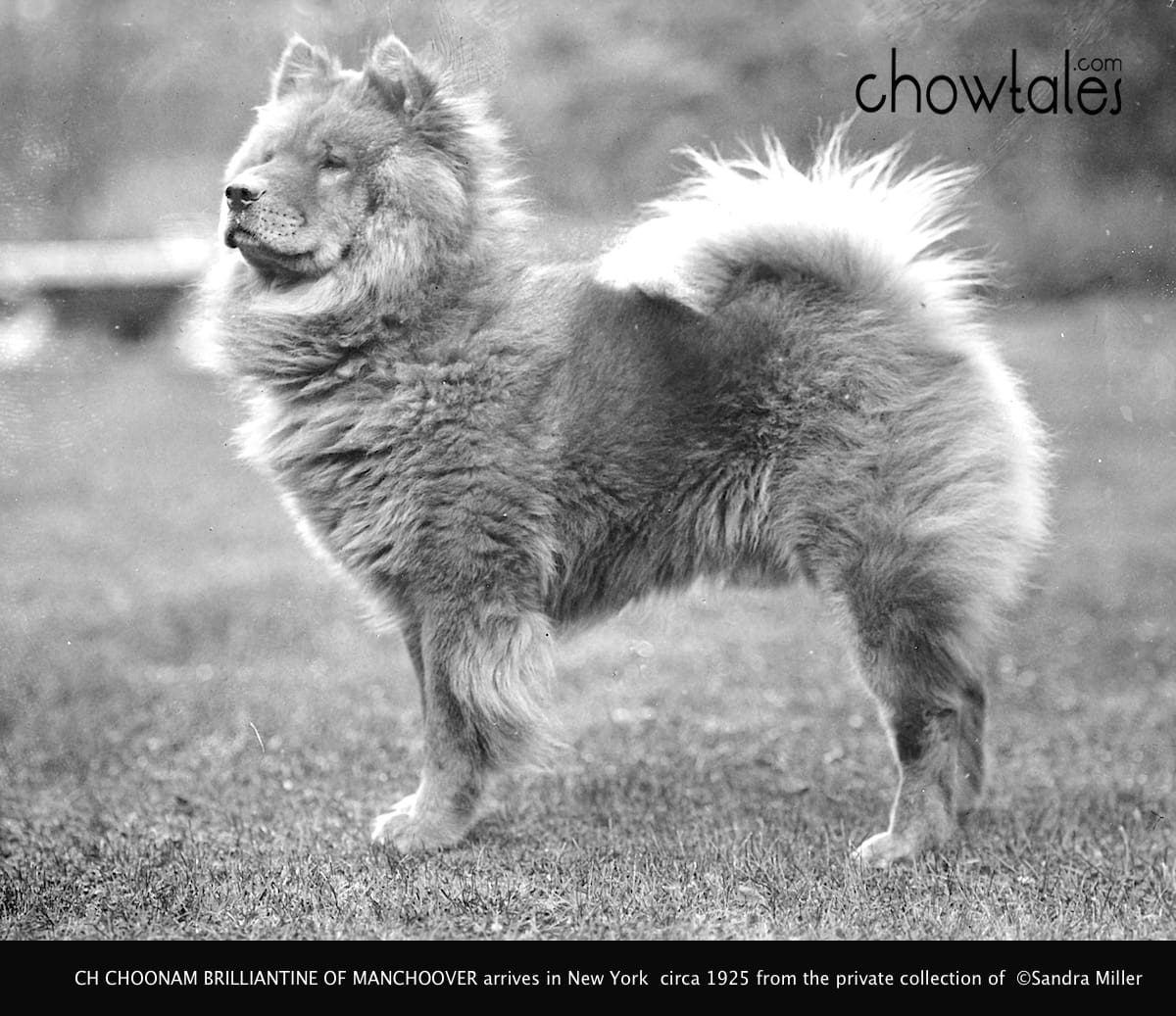 To my knowledge, this crisp gorgeous image, and the photo below are previously unpublished   (other than by the press of the day) of the famous $10,000.00 dog upon his celebrated arrival to America 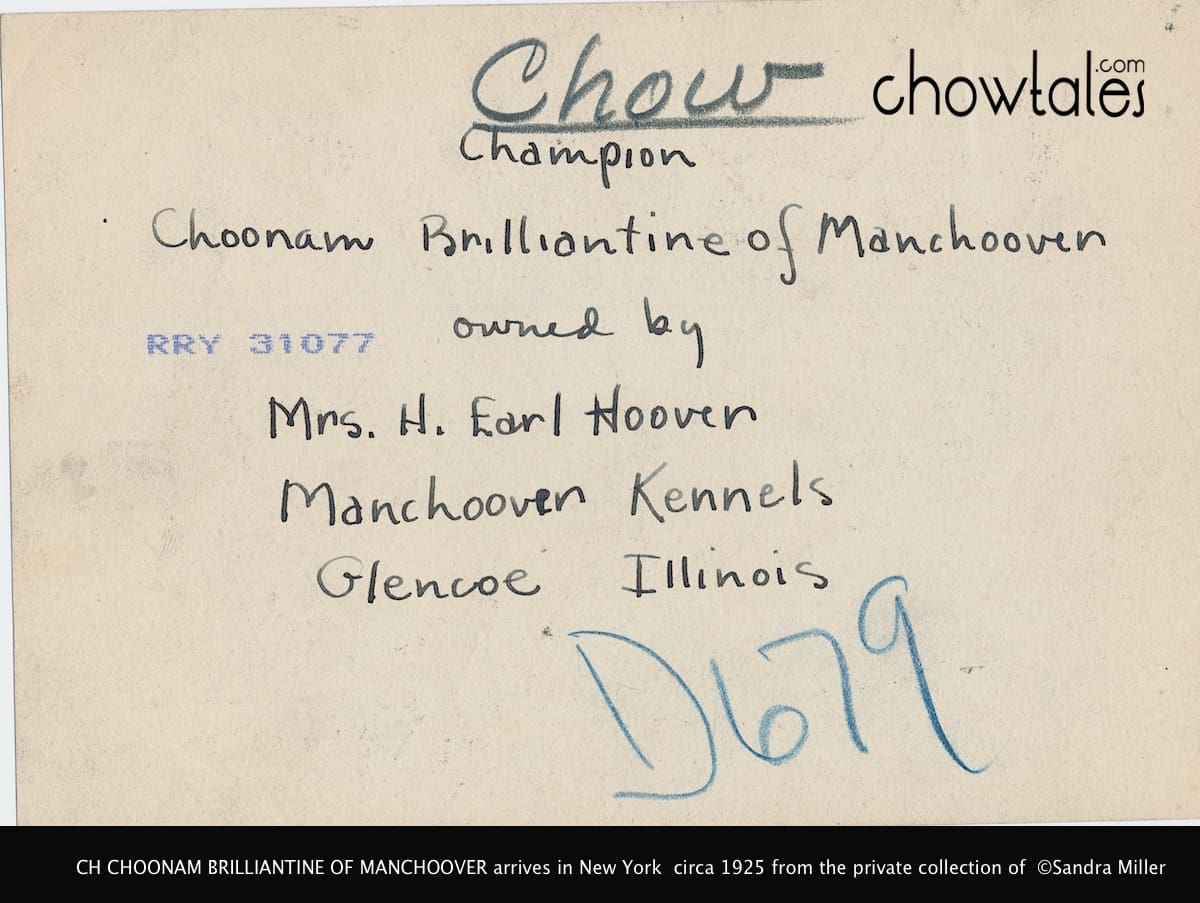 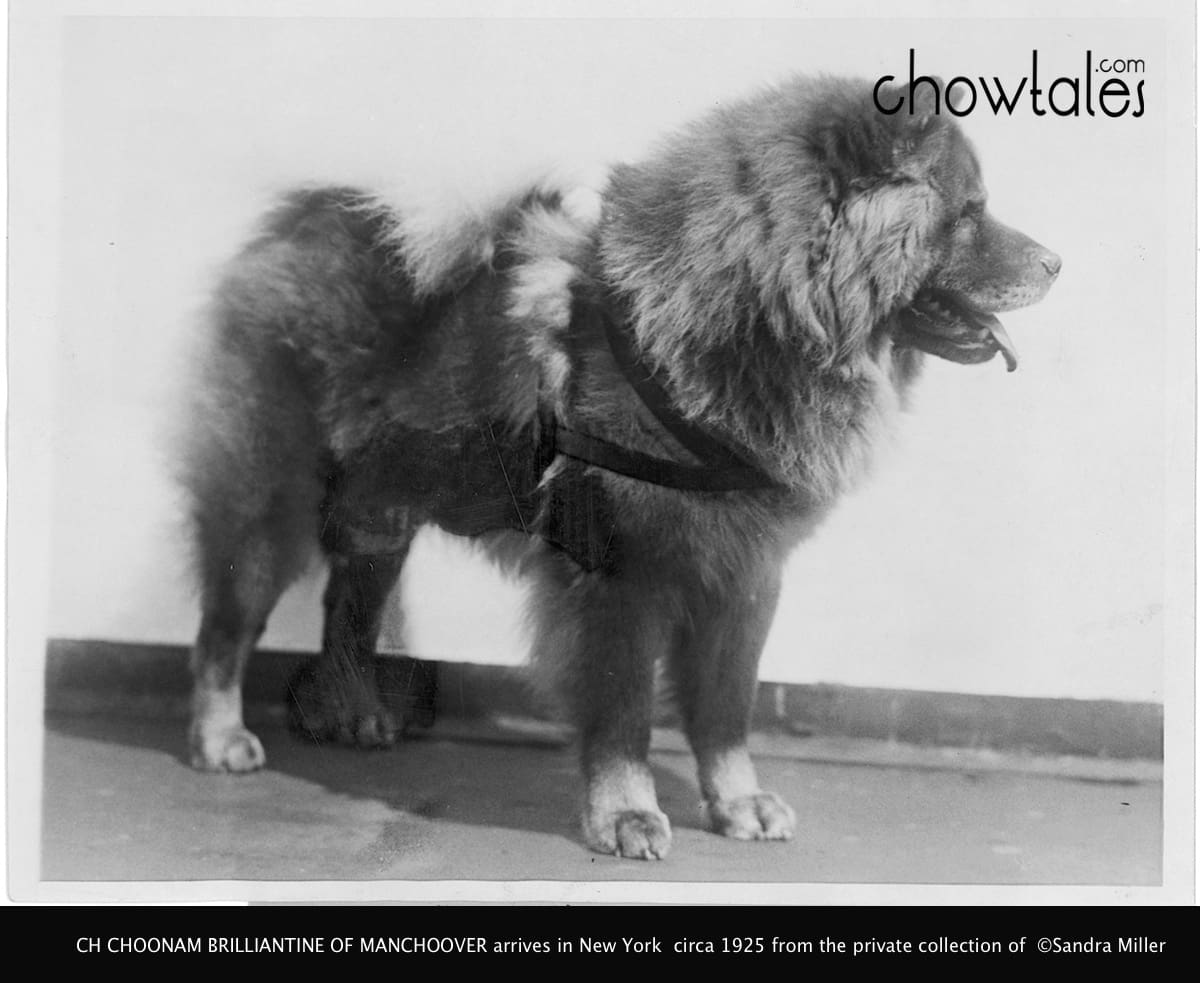 Brilliantine was a very young dog when he arrived in America,  at 16 months and in a transitional coat.  2 months following his importation,  “George” would  take the continent by storm to win the  1925 Chow Club of America’s National Specialty in heavy competition 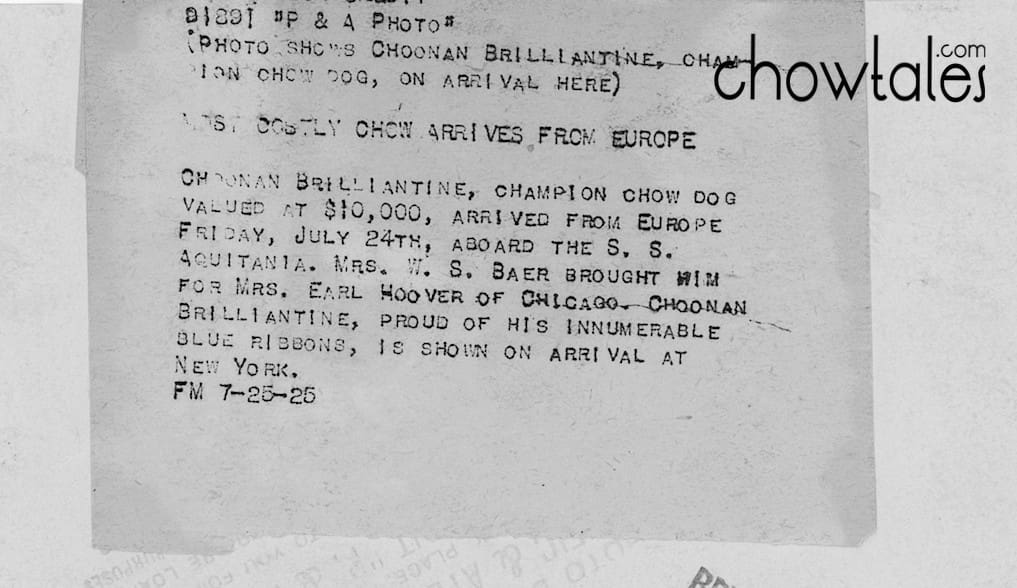 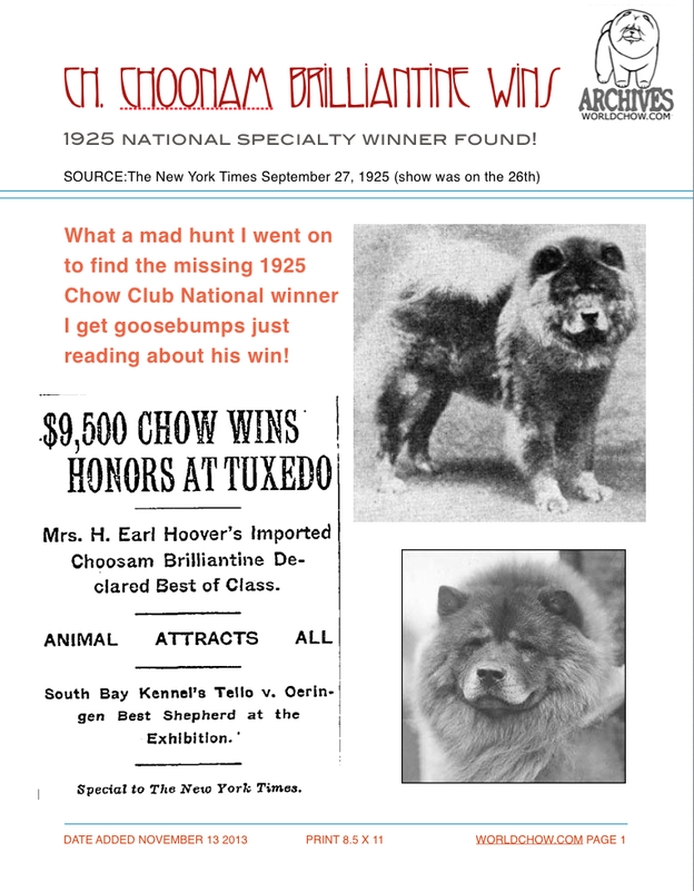 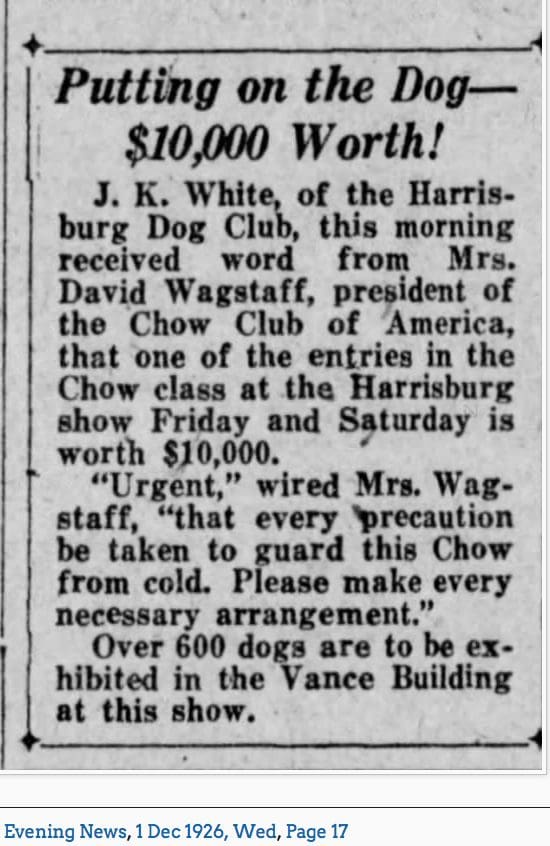 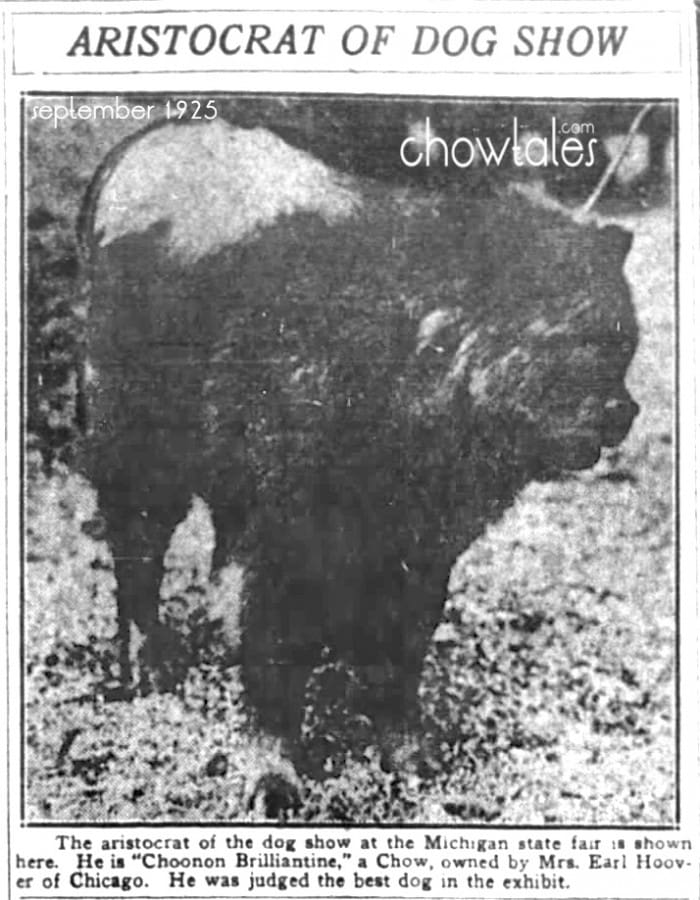 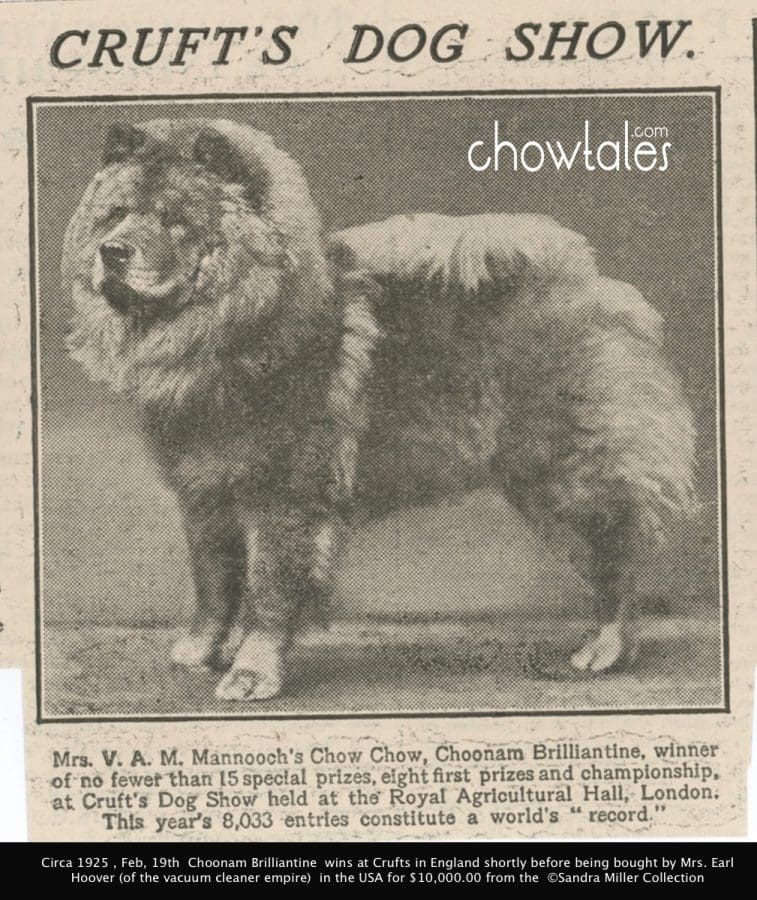 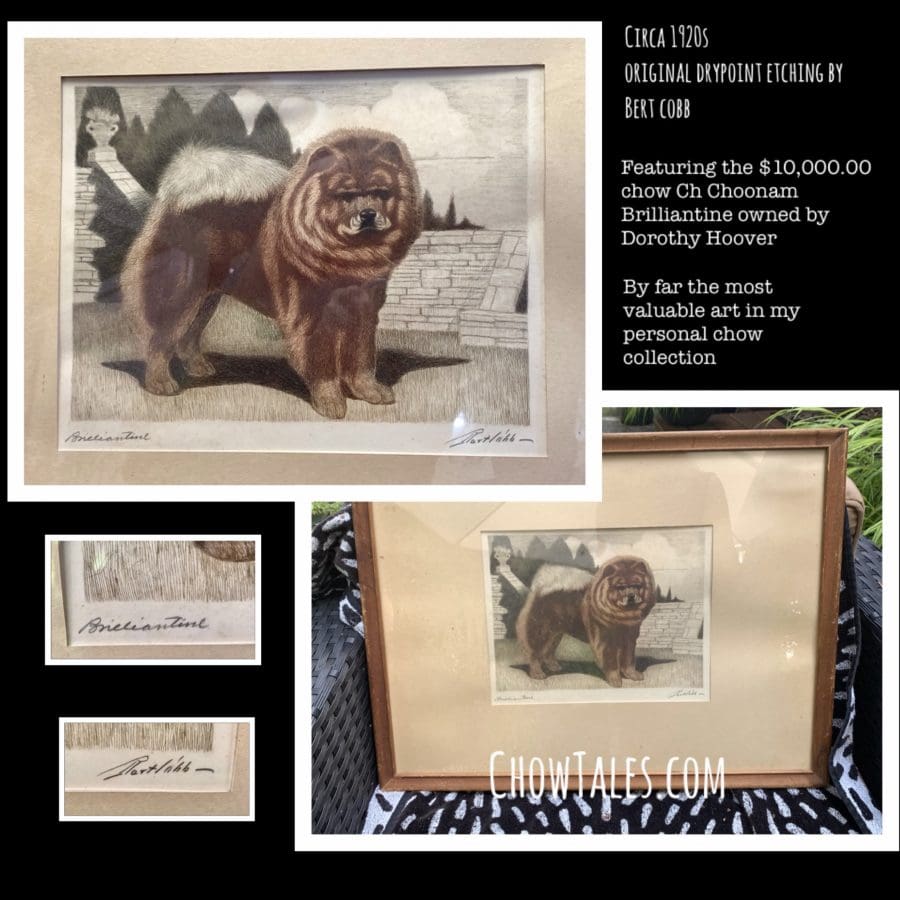 CLICK HERE FOR A FASCINATING ARTICLE I WROTE  WHICH HIGHLIGHTS A SET OF 11 CHOONAM HOME/KENNEL  SNAPSHOTS I PURCHASED DIRECTLY FROM A HOOVER FAMILY ALBUM FOUND IN A FLORIDA HOARDER’S HOME.  THIS IS AN AMAZING STORY AND POSSIBLY MY BEST FIND TO DATE!!