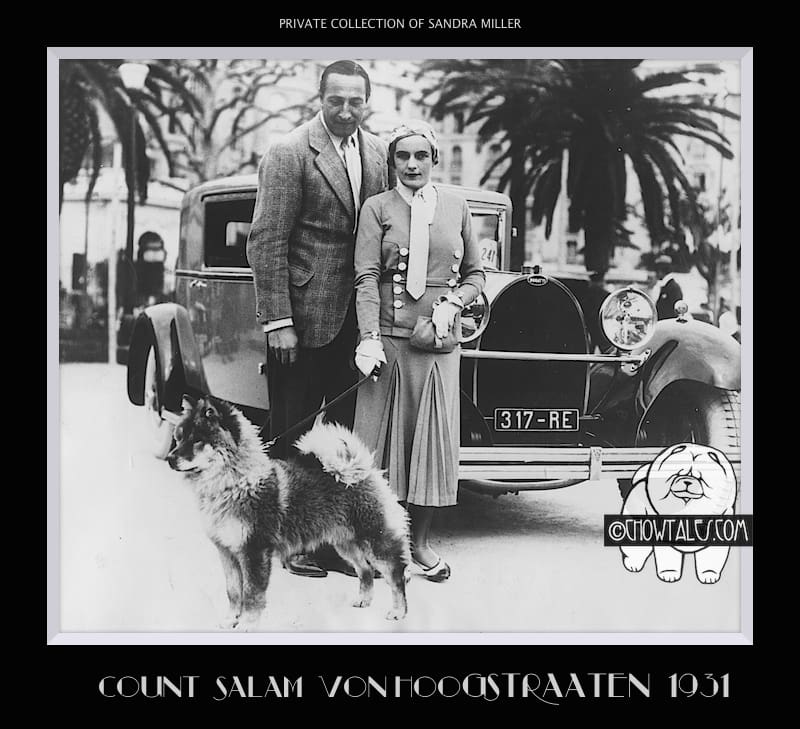 I am in love with the chow in this photo.  His coloring is very striking..   I have been trying to find out more about Mrs. G. Barker (pictured)  to find out if she owned this dog with no luck.  This is one of my all time favorite photos.

Count Ludwig “Ludi” von Salm-Hoogstraeten  (24 February 1885 – 23 July 1944) was an Austrian tennis player. He competed in the men’s outdoor singles event at the 1912 Summer Olympics and known for being a real playboy as the text on the back of this original photo in my collection indicates….”seen much in  the company of Mrs. G. Barker”.

Miss Millicent Rogers mentioned in the article above,  was married three times during the course of her life. Her first marriage was in January 1924, when she eloped with Austrian Ludwig von Salm-Hoogstraeten and married in a New York courtroom; she was 20 years old and the groom was 40. An unemployed film actor through most of their short marriage, Salm-Hoogstraten was characterized by The New York Times as “a gold-digging Austrian count”[2][5] and Time called him “penniless.   The couple had one son together, Peter Salm, but had legally separated before the boy was born. Their divorce was finalized in April 1927. ~SOURCE Wikipedia