You are here: Home / CELEBRITY CHOWS / Lord Desborough with a Chow 1938 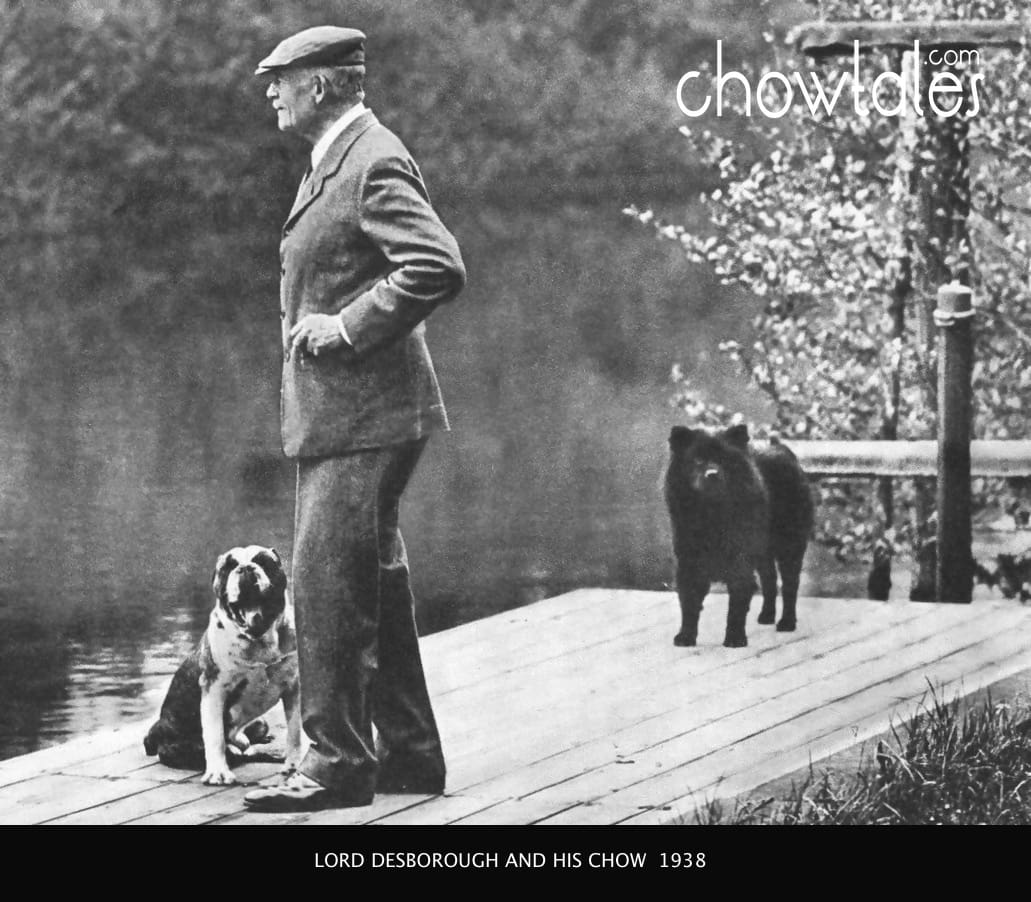 William Henry Grenfell -Lord Desborough was an Olympic fencer, he both ran and rowed for Oxford against Cambridge University, stroked an eight across the English Channel, swam across Niagara twice, and climbed the Matterhorn three times by different routes. He was also a renowned big game hunter in India and the Rockies, and was a successful tarpon fisherman off the coast of Florida. There were few sporting pursuits at which he did not excel. SOURCE