You are here: Home / CHOW-HUMAN BOND / MING TOY-THE STORY OF A CHOW HEROINE

This story of a true Chow heroine I discovered after months of passing up purchasing  this photo because the chow was so sad looking with her post partum coat and “feeders”  bare to the world.  I finally gave in and purchased the photo because I felt sorry for her…yes, silly , but my instincts must have been behind the purchase as well.  This sweet chow girl namesd Ming Toy was an international celebrity and received a gold medal of honor in 1932 for her bravery.  I have found no other photo of her in my extensive searching, other than this 8×10 original photo above which I own. 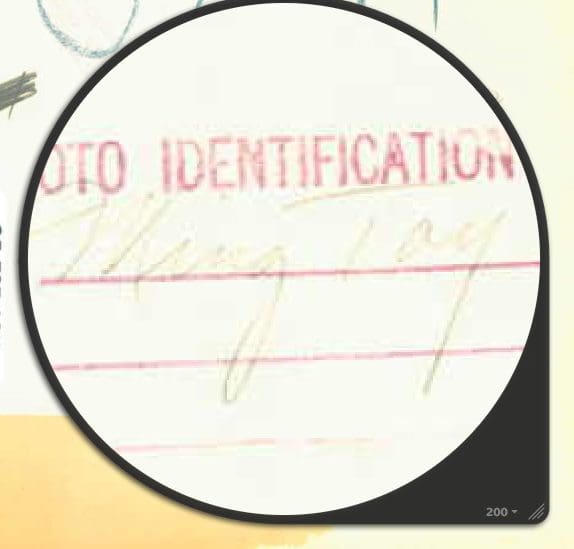 When I received the image, I noticed on  the back of the photo , under 200% magnification in faint faint pencil was the name Ming Toy.  I almost missed it…(thank goodness for photoshop!)  Once I had a name the search began to find out more about this newsworthy girl.  I found many references to Ming Toy in newspaper archives and magazines but no other photos to be found.  It seems I have one of the very few that exist if there are any others.

Below you can see the article snippets I’ve been collecting on Ming Toy, waiting to have enough material to write this article.

As I was debating  how I wanted to present the material, I  ran into yet another article written years after the huge Ming Toy media hype, which pretty much says it all .  I decided to let you read this well written summary of the events exactly as I found it.   I hope you enjoy this story of a very special Chow girl who touched the hearts of a nation in the 1930’s and beyond.  Ming Toy has  become,  needless to say, the most BEAUTIFUL and GLAMOROUS chow  in my collection.  Bless her sweet heart.

Dear Friends and Gentle Hearts: this is the tale of a man and a dog and the law of the land.   Some years ago there was born on the Eastern Shore of Maryland, a chow puppy who was given the name of Ming Toy.   She was a red-haired aristocrat in whose veins flowed the blood of the timber- wolf and the spitz hound.

Ming Toy was taken to a Baltimore household where she was much admired. One Summer night, as she dozed in the living room with the lady of the house, the handle of the porch door began to turn; silently, a masked man stepped into the room. Then Lie quiet ended. Ming Toy was a red comet flying through the air, straight for the burglar’s throat. Just in time the thief managed to get through the door and away into the  night. But Ming Toy, less than a year old, was the heroine of the family.  At the proper time, Ming Toy was bred with a patrician- chow gentleman and in May 1932, she brought six handsome puppies’ into the world. As a mother, Ming Toy took her responsibilities with passionate .seriousness. When a boy rode his bicycle near the backyard litter, Ming Toy bit his ankle. A few days later a woman ventured too close, and Ming Toy sprang again, biting her on neck and arm.

Somebody called the police and Ming Toy was put on trial in a station- house courtroom. The police magistrate sentenced the chow  to death, and she was taken off to the pound.

NOW there  appears on the scene a dog-loving stranger— Edward W. Berry, a general contractor, who in his spare time liked to raise chows. Outraged at the death sentence, Mr. Berry took it on himself to interview the city’s principal veterinarians. All declared that Ming Toy had merely acted according to her best lights, as a good mother. Next, Mr. Berry retained a lawyer for Ming Toy and through him appealed the decision to the Criminal court in Baltimore. There my old friend, Judge Albert S. J. Owens—a benign and sardonic jurist out of Dickens novel—gave a careful decision.

Good mother or not, Ming Toy did not belong in a crowded city, Upon which Mr. Berry said there was a farmer in Delaware who wanted to take her. “Get her there in 24 hours,” Judge Owens ordered. “After that time limit, if she is still in Baltimore, Ming Toy has to be killed.” An hour after the case was over the farmer in Delaware changed his mind. He did not want Ming Toy. 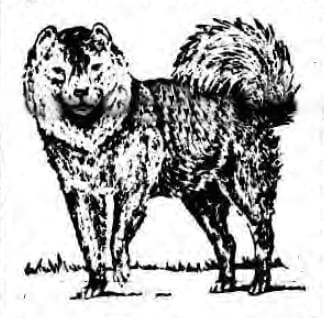 What to do now? Mr, Berry fled with her to a small town just outside the city, where a friend locked her up in a stable for the night. But in the morning Ming Toy was gone. And why not? Like any other good mother, Ming Toy was merely looking for her puppies.  Understanding man, that Mr. Berry, taking one of the six puppies in a car with him, he drove around the wooded parts of the region—holding the puppy out of the car window and letting it squall for mamma. For hours they persevered.

Then Mr. Berry took the puppy back to the stable from which Ming Toy had escaped. Next morning Ming Toy was back. But that is by no means the  end of her story. She was taken to a boarding retreat known as the Kennel’ Garden on the Washington Boulevard between Baltimore and the Capital, and there, every night, she was harnessed and tied up, in one enclosure with 17 other dogs.

It was not long  afterward—at about three in the , morning—that a little flame some- how appeared in one corner of the kennels. The fire crackled and grew larger. Seventeen  dogs watched but did nothing—not even a bark. Only Ming Toy was disturbed.   That intelligent and misunderstood creature began frantically, to chew her harness. Impossible as it seemed, she freed herself and sprang over the kennel wall. Down the dark road she raced,  to stop outside the door of the house. On the doorstep she howled and bayed as if to waken the dead until at last the keeper of the kennel camc to the window.  Up the road he saw the red glow and smelled the smoke. Just in  time,  every one of  the dogs were rescued.  Is it any wonder that the New York Anti-Vivisection society  awarded a gold medal to Ming Toy?

And to make the story all the more amazing, a pardon was granted to Ming Toy so she could be shown at the Baltimore Kennel Club dog show.  I am still checking AKC records to see if she ever attended that show.