You are here: Home / CHOW-HUMAN BOND / Circa 1938 Pilot and Chow in airplane 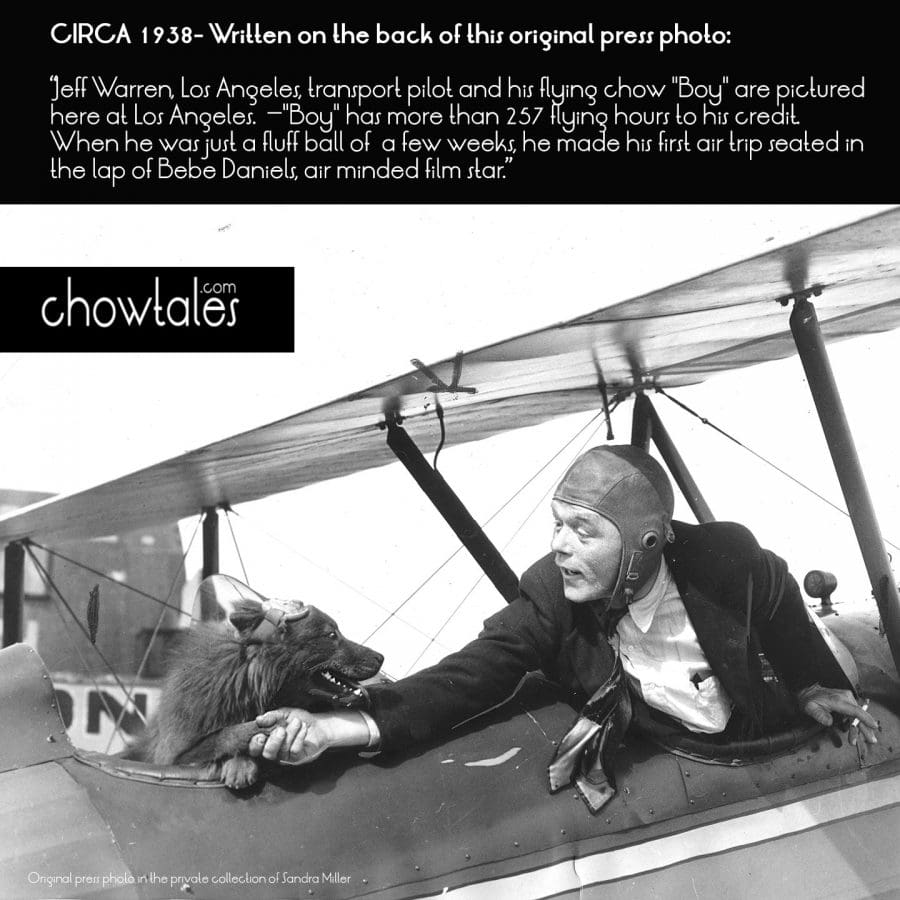 This will always be a favorite photo in my private collection.  I have had it on the front page of ChowTales since its inception but neglected to post about it on my blog so here it is!  On the back of this original 8×10 press photo it says  “Jeff Warren, Los Angeles, transport pilot and his flying chow “Boy” are pictured here at Los Angeles. “Boy” has more than 257 flying hours to his credit. When he was just a fluff ball of a few weeks, he made his first air trip seated in the lap of Bebe Daniels, air minded film star.”

In researching some newspapers of the era, it seems Jeff Warren was well known for being a pilot of celebrities including Bebe Daniels mentioned in the above text and pictured below.  She originally was a silent film actress