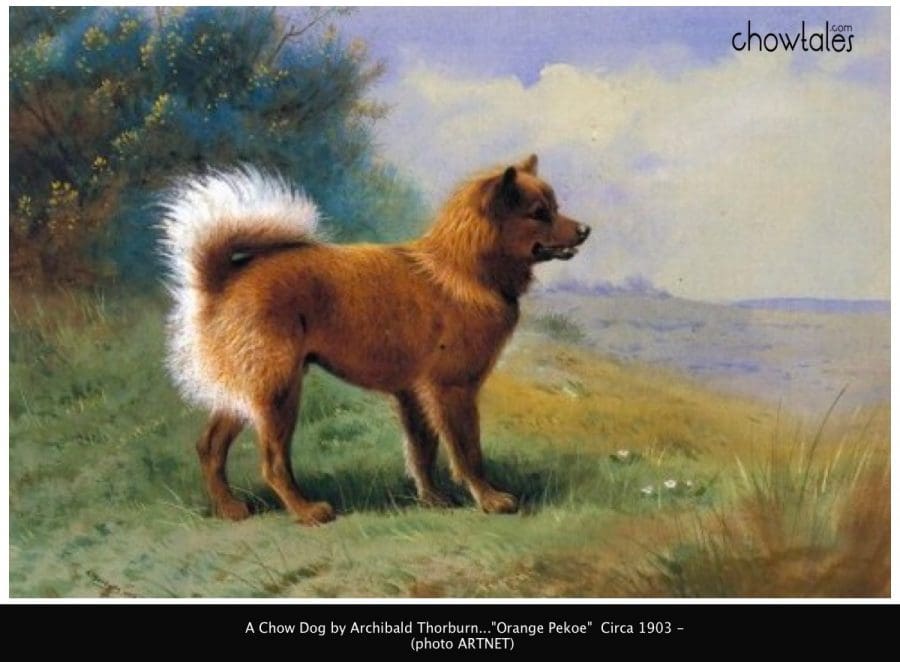 It is an absolute honor to the chow breed to have had one of the leading British wildlife painters of all time, depict these 2 chows in his artworks.   The one above entitled “Orange Pekoe” circa 1903 I would love to have in my own collection.  This piece was created in Gouache and measures 14.5 x 21 in.  and is a past auction from ARTNET

Archibald Thorburn was a Scottish-born watercolorist whose finely detailed illustrations of fowl continue to influence bird lovers nearly a century later. He was born in Edinburgh in 1860 to Robert Thorburn (1818-1885), who was the miniaturist for Queen Victoria and Archibald’s leading teacher in art. With an early promise of great talent as an artist, Thorburn also received some education under Joseph Wolf (1820-1899) who was a fellow bird and animal draughtsman. In 1882, he published his first illustration with W.F. Swaysland’s Familiar Wild Birds, which was the first of many illustrations and self-authored publications that Archibald Thorburn produced.

He began exhibiting his huge, technically detailed and vivid watercolors of animals, fowl and other game birds at the Royal Academy at the age of 20 and continued to do so until the 1890’s. He started to dislike the exhibition due to how high the paintings were hung and decided to solely dedicate his work to small, detailed illustrations. In 1885, he moved to London where he began illustrating for Coloured Figures of the Birds of the British Islands. He continued to contribute to this book through 1898, creating over 268 watercolors which we still use nearly a century later. In 1902, he moved to Surrey though he frequently returned to his homeland of Scotland to sketch red deer and other animals. His skill in creating scenes of fowl and game birds has been unrivaled throughout time, giving the birds a wild and free quality that lacked sentimentality. He did a few portraits, three of which were commissioned by Queen Victoria. Archibald Thorburn passed away in 1935, but not before becoming the leading birdlife painter of Britain and possibly of all time. SOURCE Encore Editions 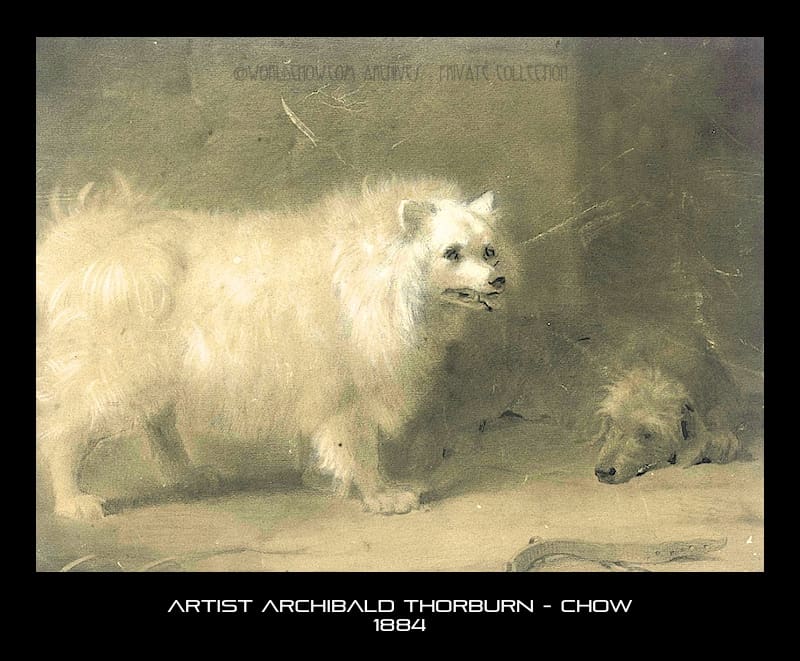 This artwork above is entitled “A Chow” was created in pencil and pastel in 1884 and measures17.5 x 21.5 in  This is another past auction from ARTNET.  The dog indeed has a bluish purple tongue and may very well be a true white chow which was described in a number of  publications of the day. READ MORE 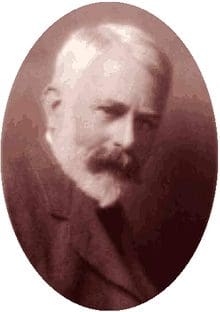