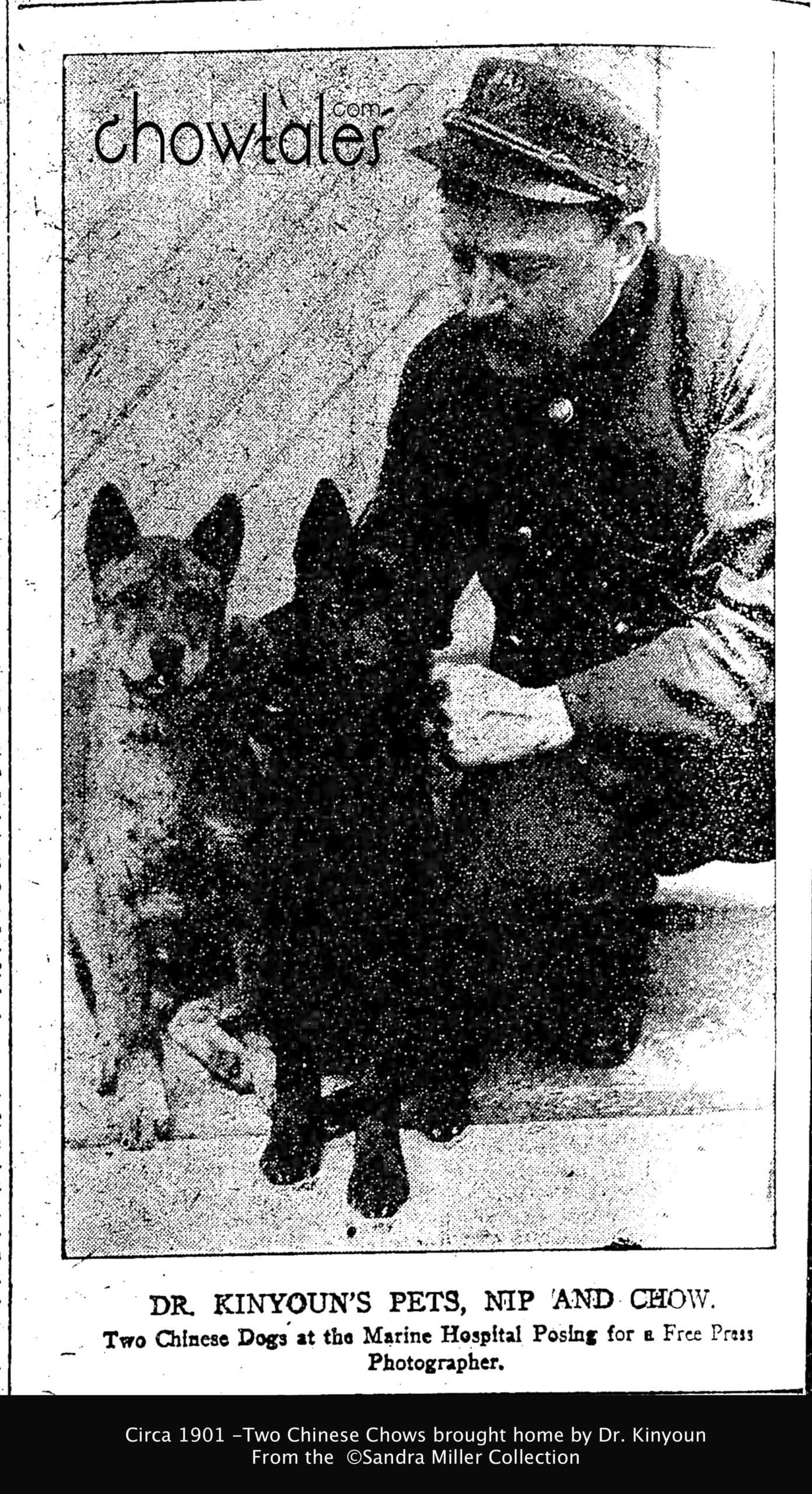 Here is an incredible photo accompanied by this article describing the details of these two beautiful Chinese “chows”, which the esteemed DR. KINYOUN obtained as a gift from a sea captain while acting as quarantine officer at Angel Island, Cal.

While the dogs may not seem like the modern chows of today, they are described as having dark black mouths and tongues with a head similar to a fox. Other writings from the period describe the heads of smooth chows in a similar matter, including descriptions of “Chinese Puzzle” owned by Mr. Taunton . A Shar Pei relative could also be in play here such as the Chinese Han Dog or Chinese Chongqing dog. This photo is a rare picture indeed, into the type of Chinese dogs being imported, very very early on in breed history.

Also note that Dr. Kinyoun mentioned  donating these two dogs to the Smithsonian .  In researching the Doctor further, I see he did donate a number of animals to the Smithsonian Zoo for exhibit. Needless to say, I am checking with the zoological department to see if they have on record  if they ever housed these lovely  dogs.  Enjoy the article and my apologies for the parts that are faded too much to read. 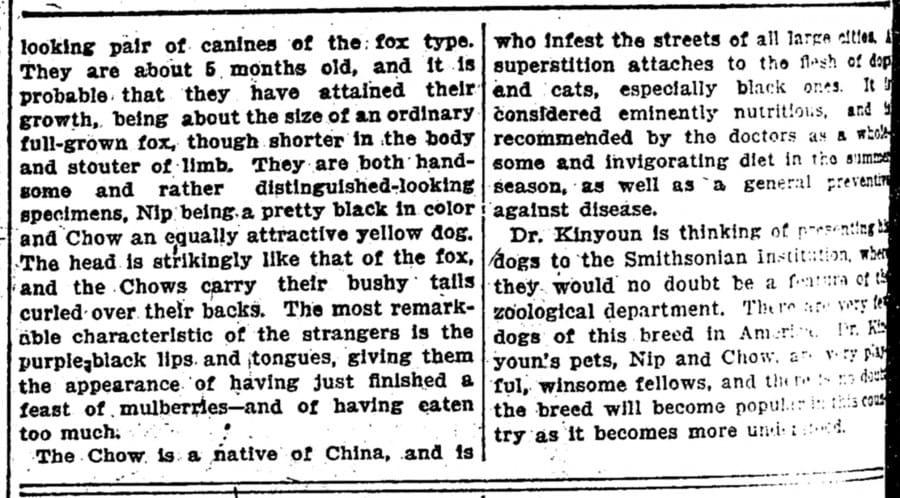 Fay Compton - English Actress and her chows circa ...
BOOK-1954 Dogs in Clover by D.A. Ponsonby
RESTORATION- 1918 Captain Massey and his two chows
1940'S Gordon Bread recipe card advertisement by a...