You are here: Home / EARLY CHINA IMPORTS / 1879 TIMECAPSULE – CHINESE PUZZLE – The little “Chow” girl who started it all 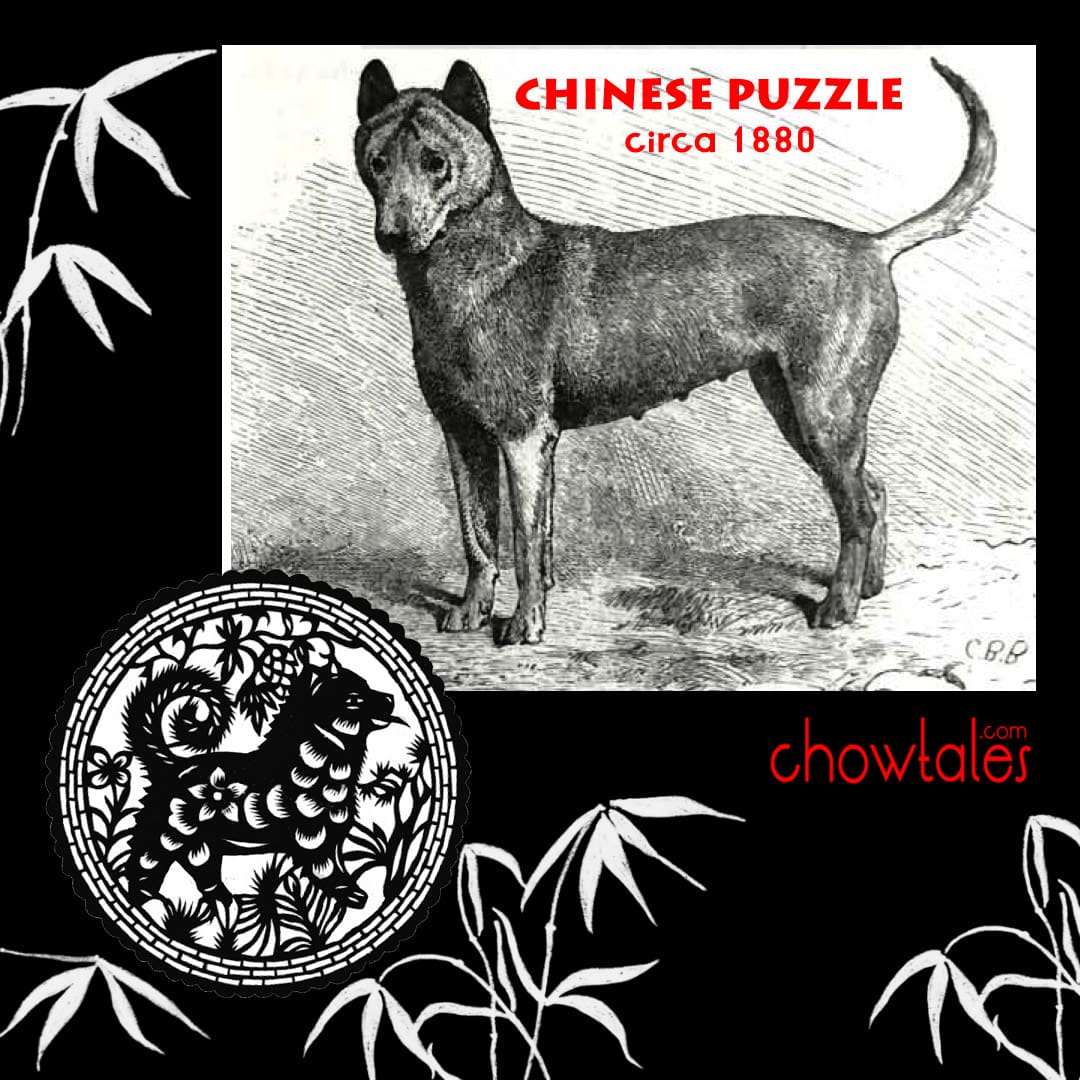 As defined in the dictionary:    Chinese puzzle; an intricate puzzle consisting of many interlocking pieces.
A very complicated or perplexing situation.

The above definition certainly describes this perplexing little girl who was the first “chow” representing the breed at shows.   Public interest in Chows for breeding and exhibition began in 1880 when well known fancier of exotic breeds and authority on domesticated foreign dogs,  Mr W K Taunton, exhibited a black smooth chow bitch named “Chinese Puzzle”.  The all breed dog show was held at  The Crystal Palace in London, and as there was no classification for chows at that time, she was shown in the FOREIGN DOGS class, which included everything from the Australian Dingo to the Thibet Colley Dog.  There was no sex division in the classes.

Born in China in 1879, Chinese Puzzle reached an  adult weight of thirty-two pounds and her height was sixteen inches at the shoulder.  In the article Mr. Taunton wrote below he compared her to a wild animal with the face resembling a raccoon for lack of a better way to describe this unique dog. She had straight hindquarters and a blue/black tongue.

Chinese Puzzle was only shown the one time and also produced a litter that died at a young age…regardless, because of the public’s fascination with this lovely “Celestial”, she  paved the way for many more chows to be imported into England from China to be bred and shown. The majority of importations ceased around 1900 due to stricter regulations, so it was a small window in which our earliest true Chinese Chows could be acquired .

The third  article below from The Illustrated Book of the Dog  has a fascinating and detailed description by Taunton of Chinese Puzzle.

Book snippet below:   The Popular Chow Chow by Lydia Ingleton 1954

“It is difficult, while writing of this comparatively early history of the breed, not to mention the bitch, “Chinese Puzzle” (owned by Taunton), who was brought over from China in 1879, described as “a genuine edible dog of China”. Judging from her picture,she was a “wonk” or native dog, of which better specimens may be seen today on many a Chinese farm!

One feels bound to mention her, however, because she is generally accepted as being the first Chow Chow to be shown in this country.  True, she was not described as a Chow Chow, but merely entered in the foreign class aat the Crystal Palace Show in 1880, where she was awarded a prize, and an extra silver medal.  One would like to know by what standard she was judged!

Below:  The Fanciers’ Journal circa  1890 – An article detailing Mr. Taunton’s notes on the Chow Chow 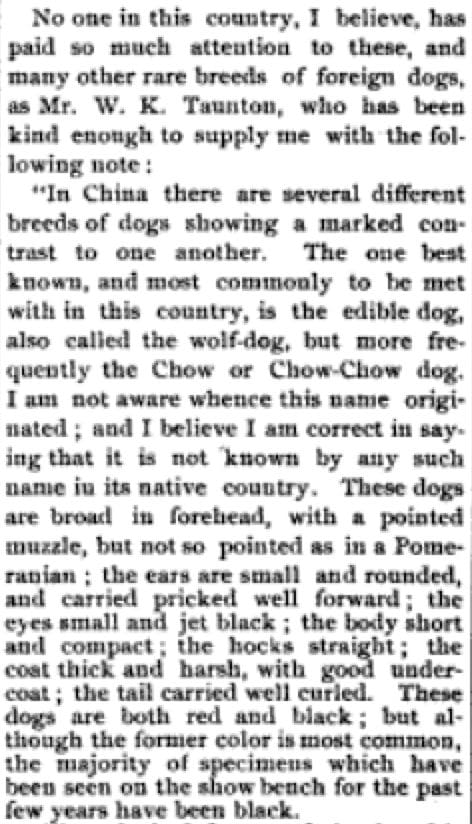 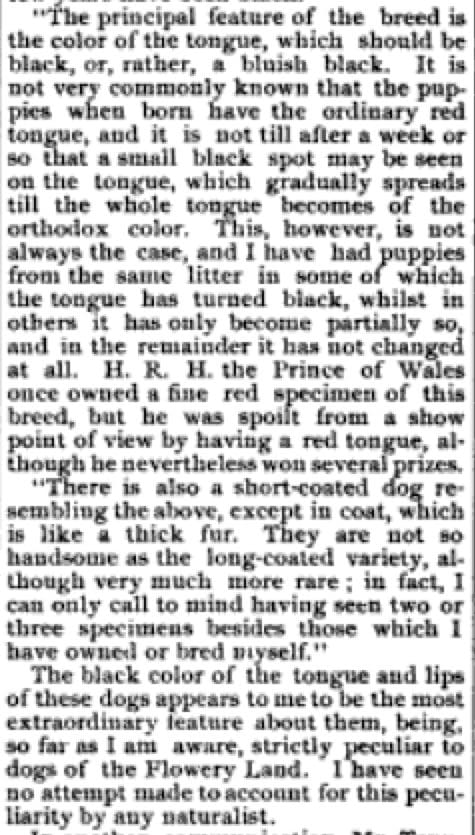 CURATED COLLECTION - AS IS - Vintage Chow Snapshot...
1912 Actress Grace La Rue with a chow in her roads...
ARTICLE- Mrs Mannooch and her famous Choonam Chows...
1896 Book- An American Dog Abroad and the Foreign...