You are here: Home / CELEBRITY CHOWS / THEY PUT THE ‘COOL’ IN COOLIDGE

“Any man who does not like
dogs and want them about,
does not deserve to be
in the White House.”

‘Calvin and Grace Coolidge certainly lived up to those words—and more.  Before, during, and after their White House years, the Coolidges kept a dizzying array of pets. From cats and dogs, canaries and mockingbirds, to
wombats and raccoons, the Coolidges surrounded themselves with four- footed or feathered creatures.’

~from Wombats and Such by David Pietrusza 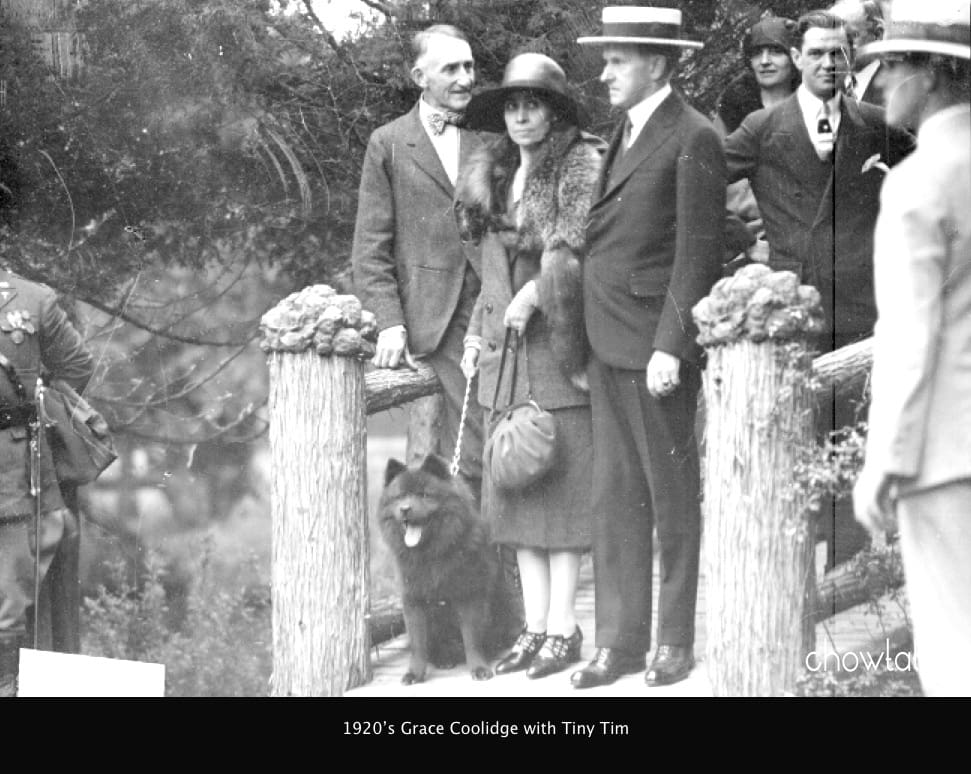 Blackberry the Chow – “Although the Coolidges had Tiny Tim and Calamity Jane, I entered the Coolidge’s life during the family trip to the Black Hills. I was a beautiful, well-bred black chow-chow. Even my mouth was black! I did not end up stay long with Mr. and Mrs. Coolidge, as I became a gift from John Coolidge to his “Certain Young Lady”.

Focusing on Grace Coolidge’s well publicized love for her animals, including Rob Roy the white collie, these letters, written to the breeder who sold Blackberry to Grace Coolidge, offer a fine glimpse into the heart of an animal lover and her devotion to her pets.  I would have loved to have known this fascinating woman in person!  These letters were sold at auction for an unknown sum. 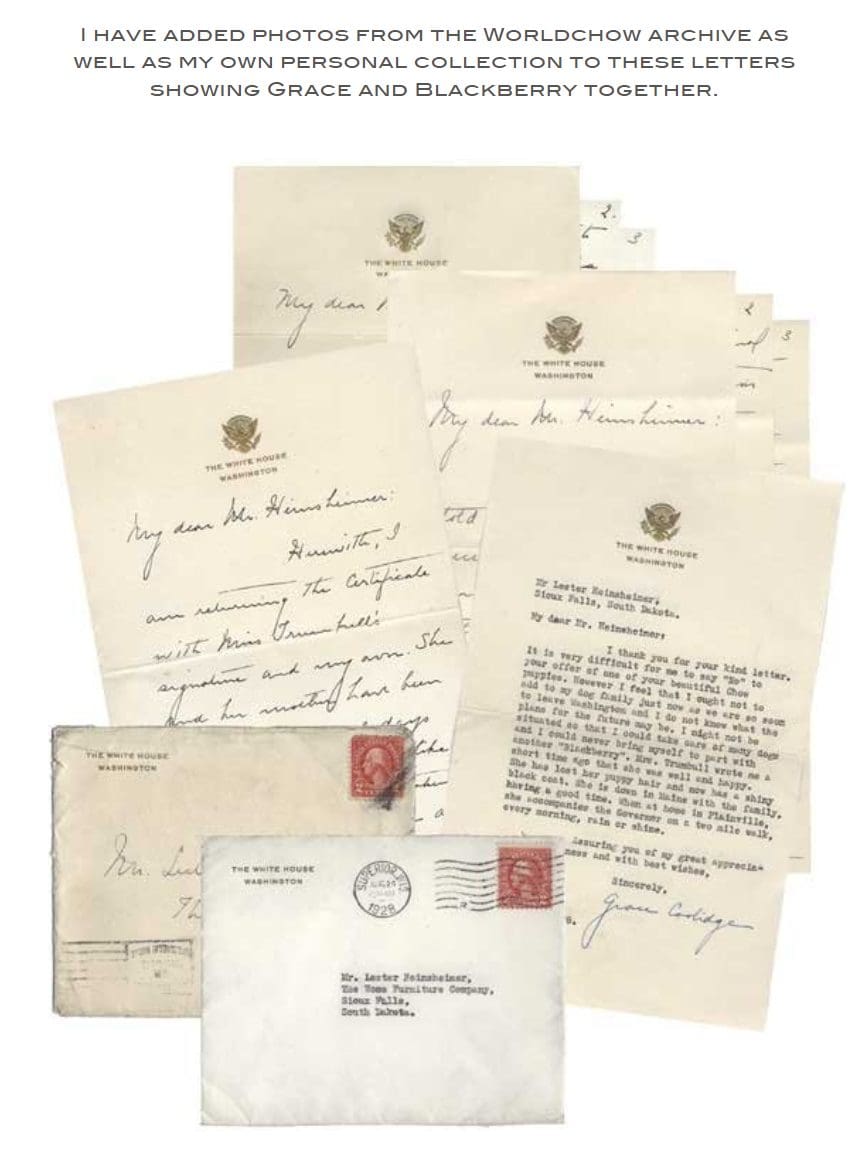 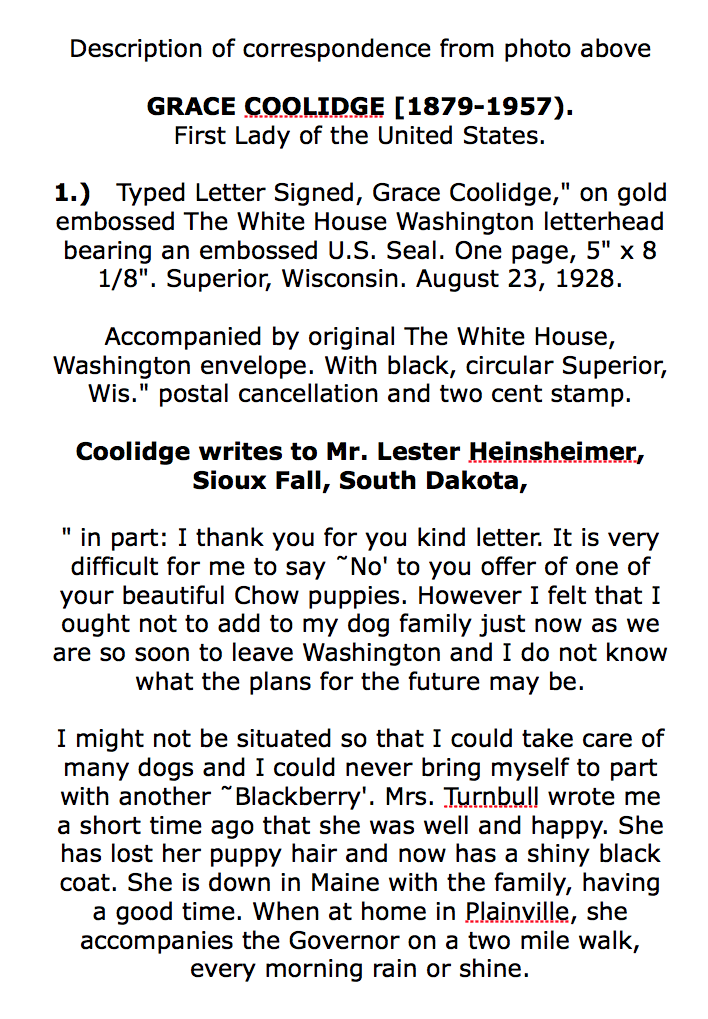 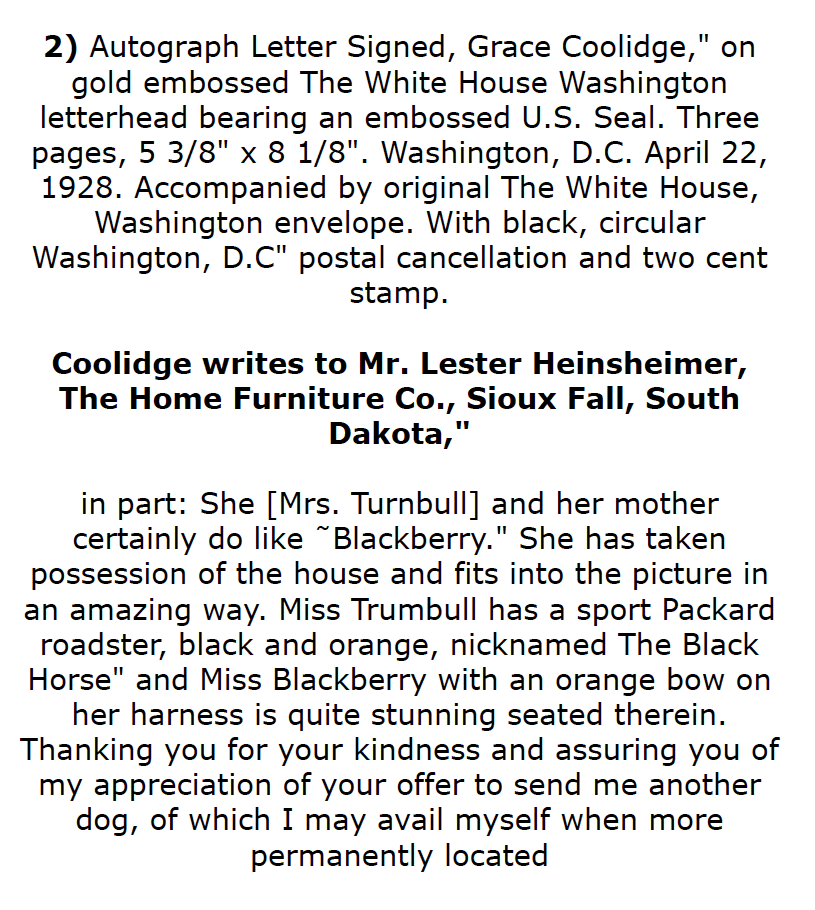 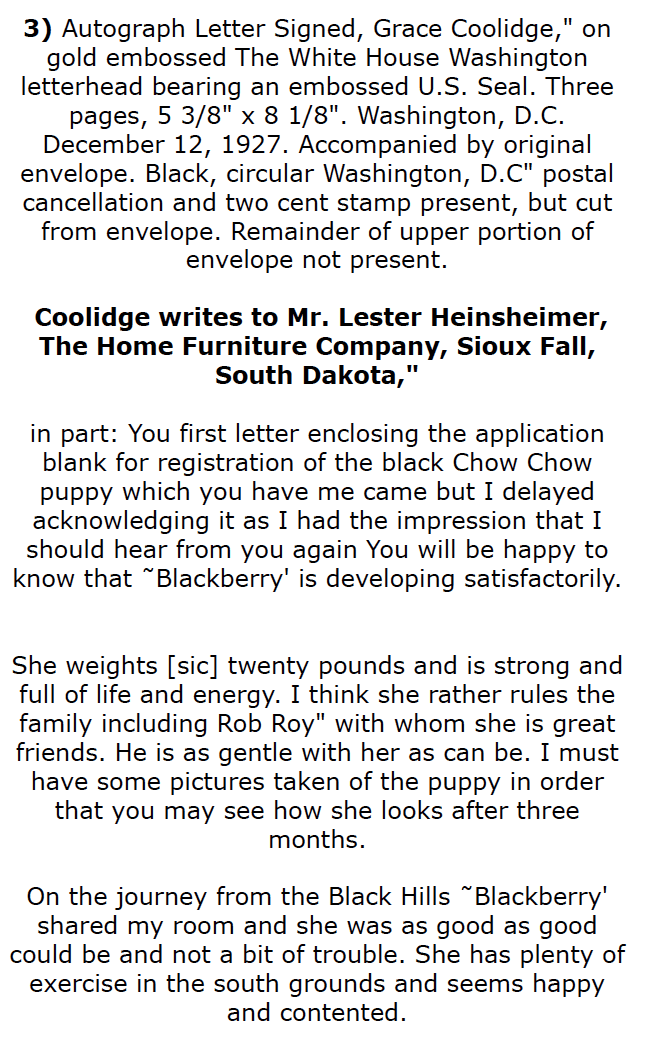 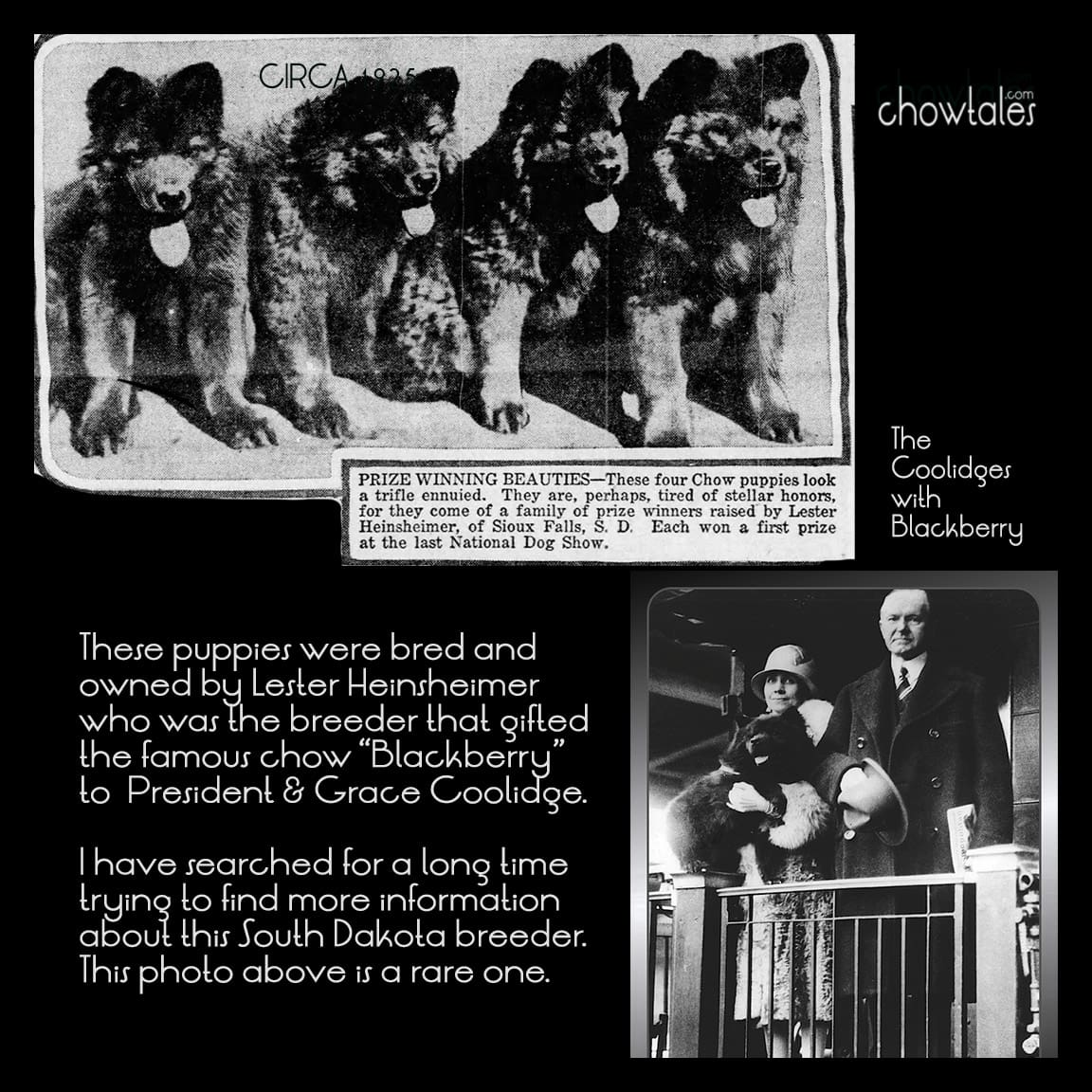 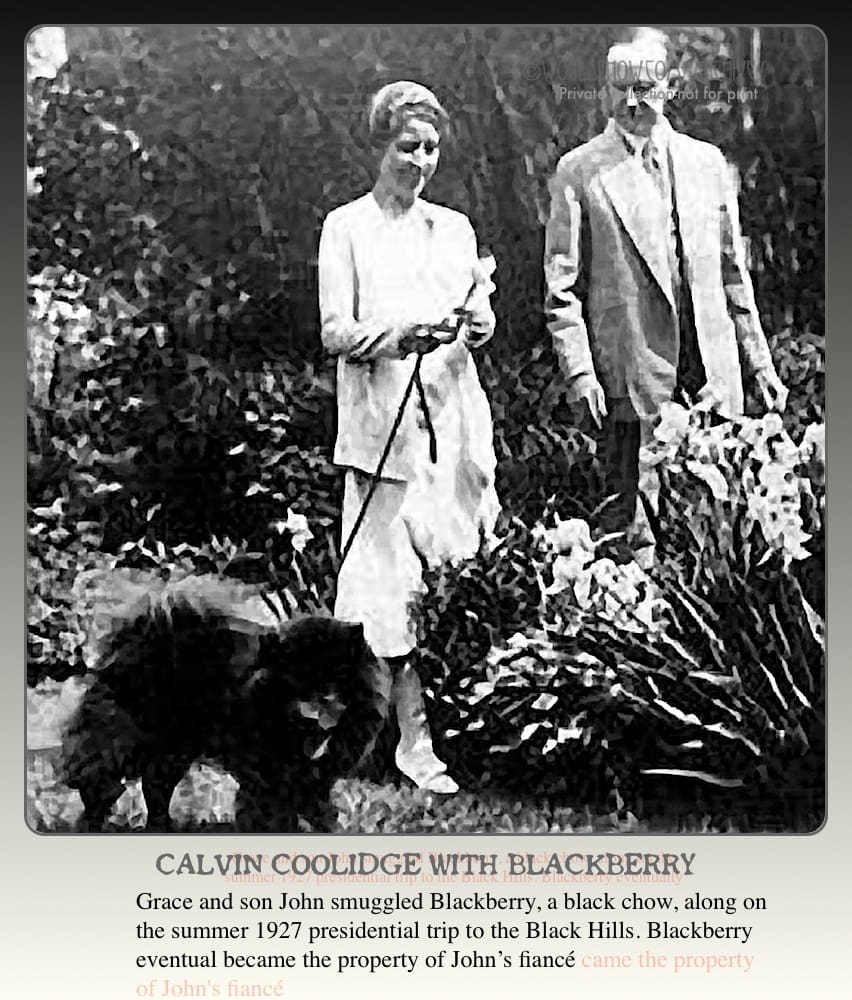 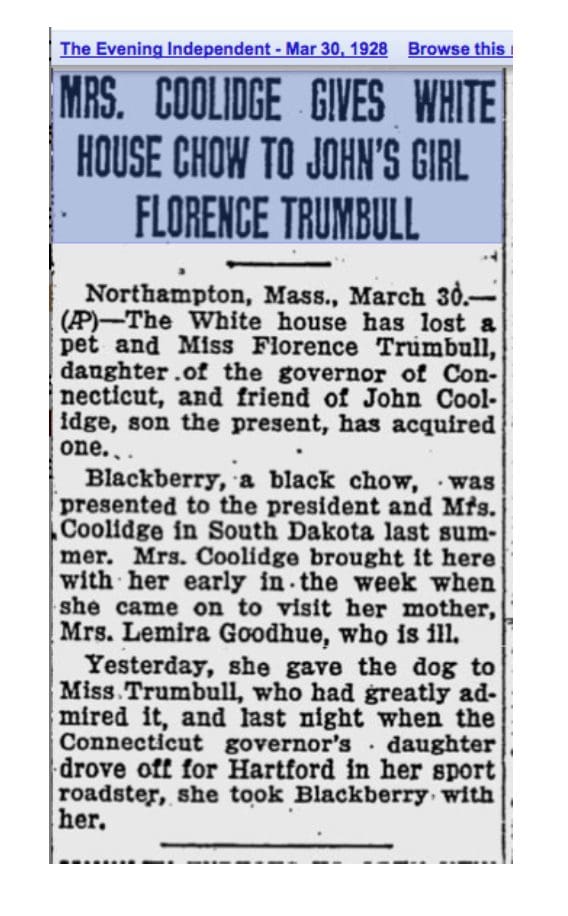 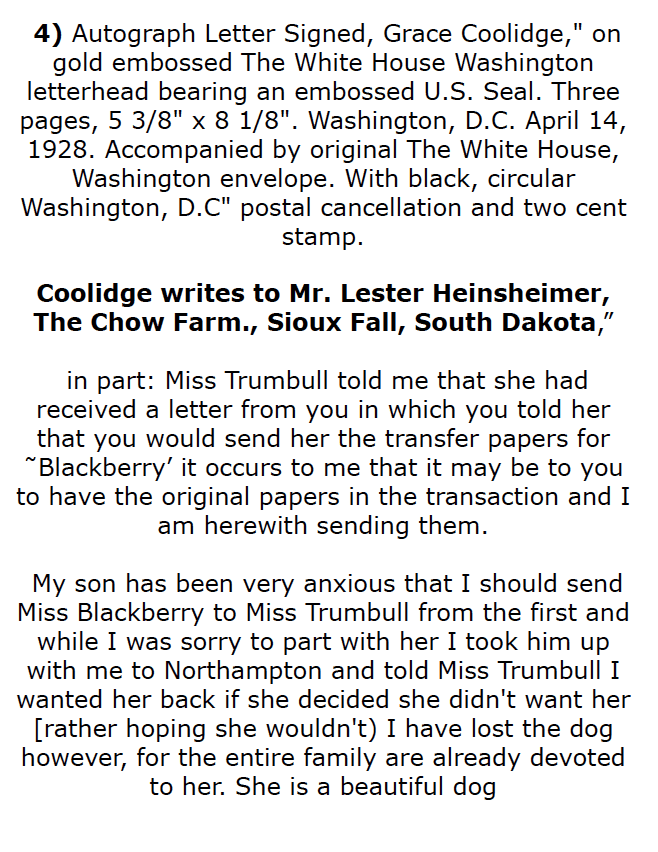 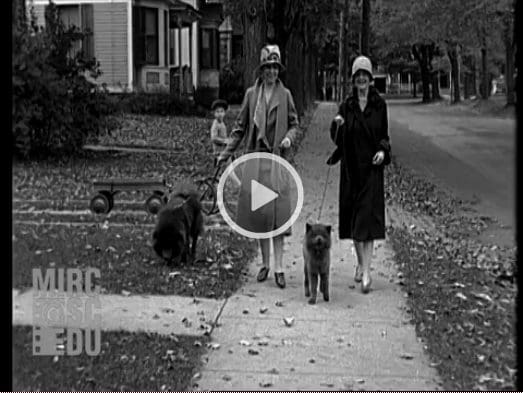 These 2 amazing  photos below I found in the New York Public Library.  They coincide with the time frame of the video above after Calvin Coolidge and Grace moved from the Whitehouse , into their private home in Northampton, MA.  The chow is most likely the deep red dog Tiny Tim as Blackberry was given to the Coolidge son’s fiance in 1928. 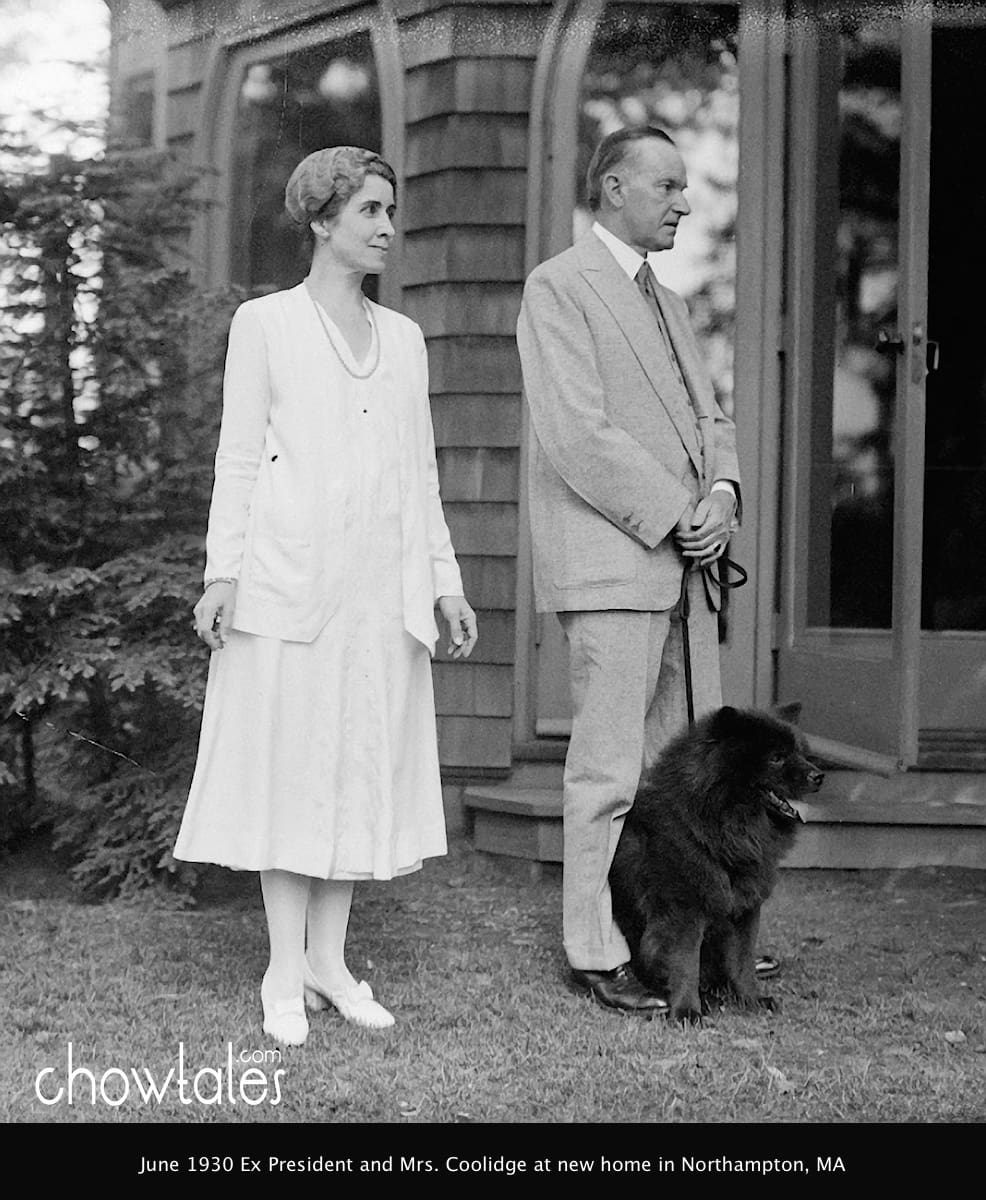 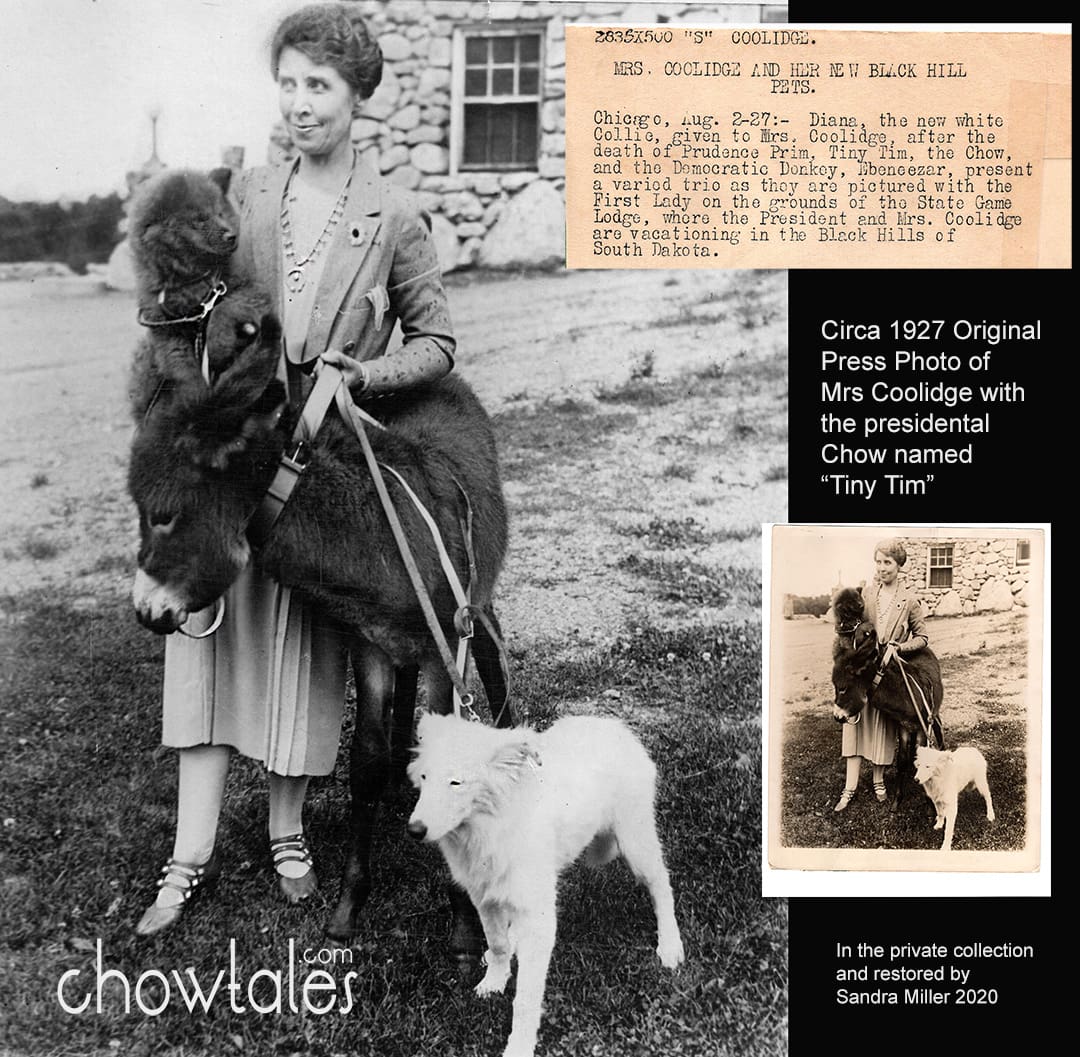 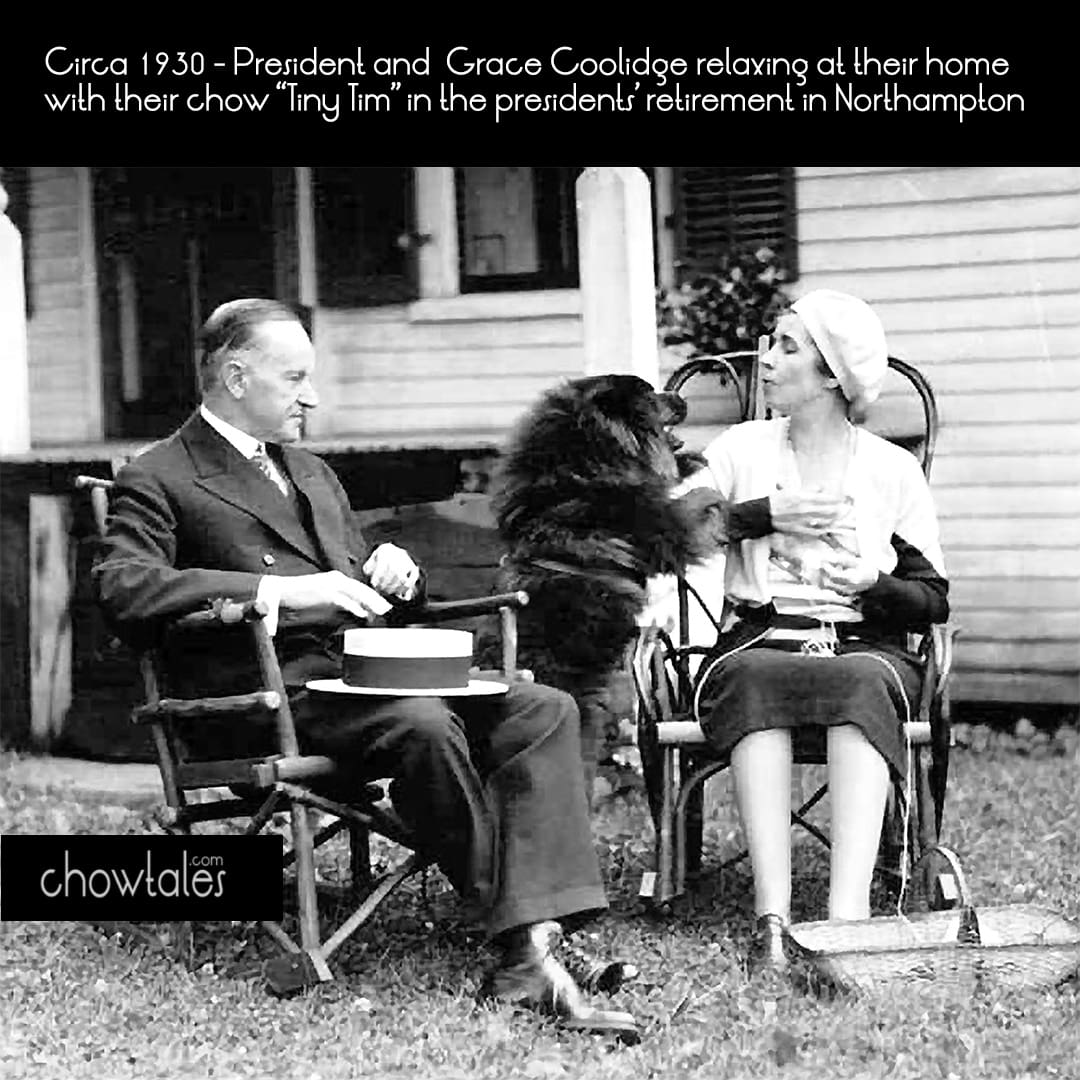 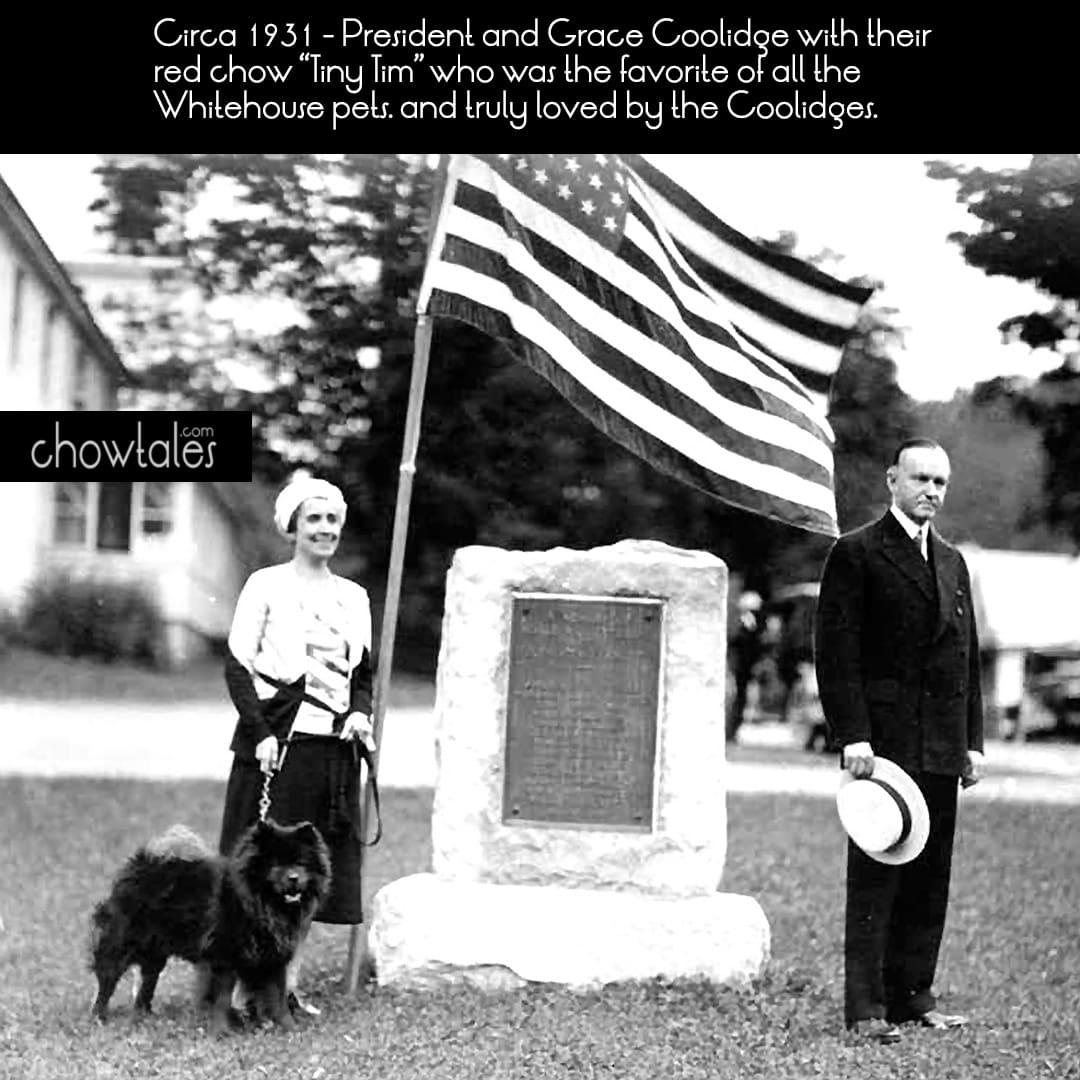 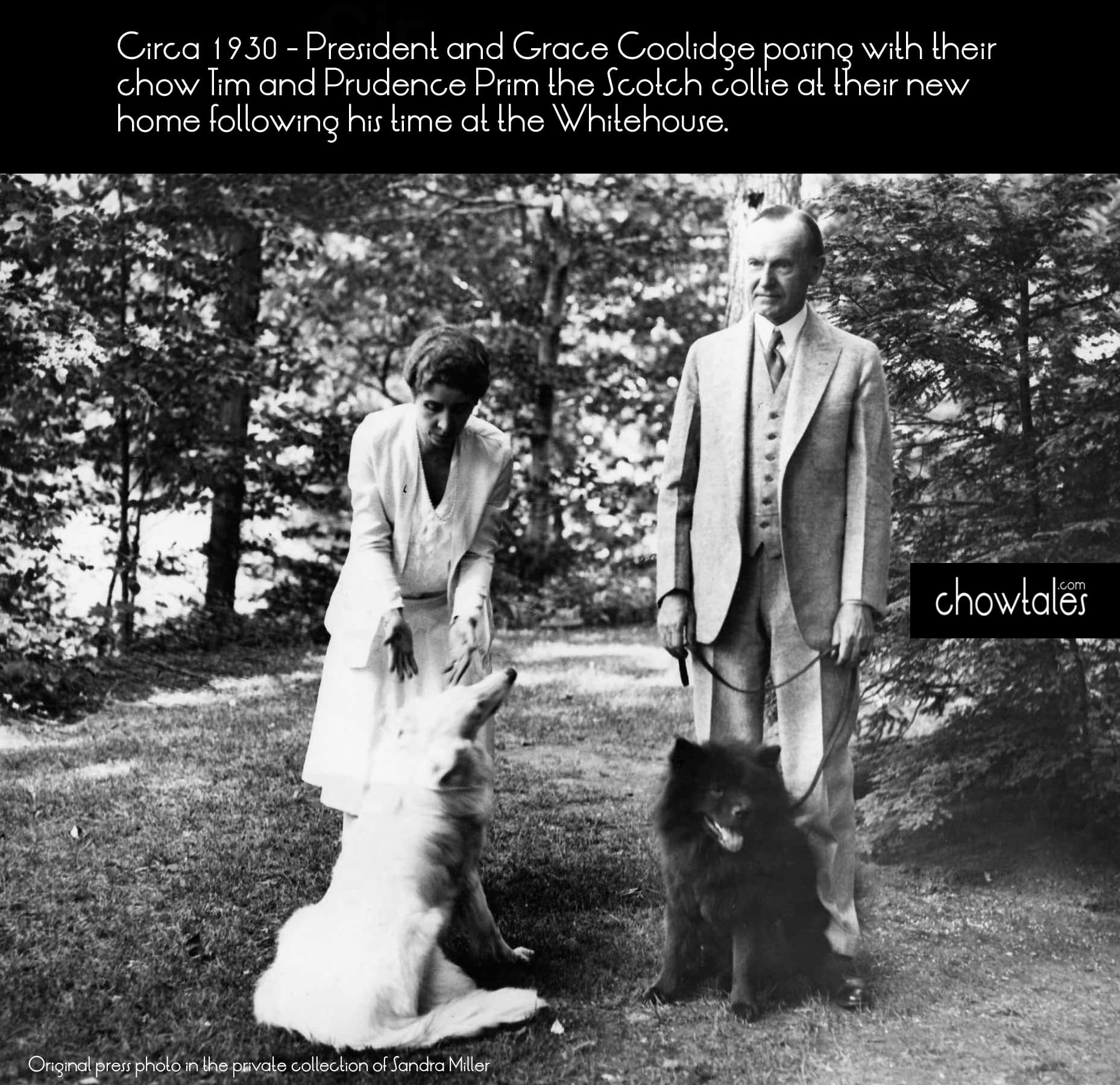