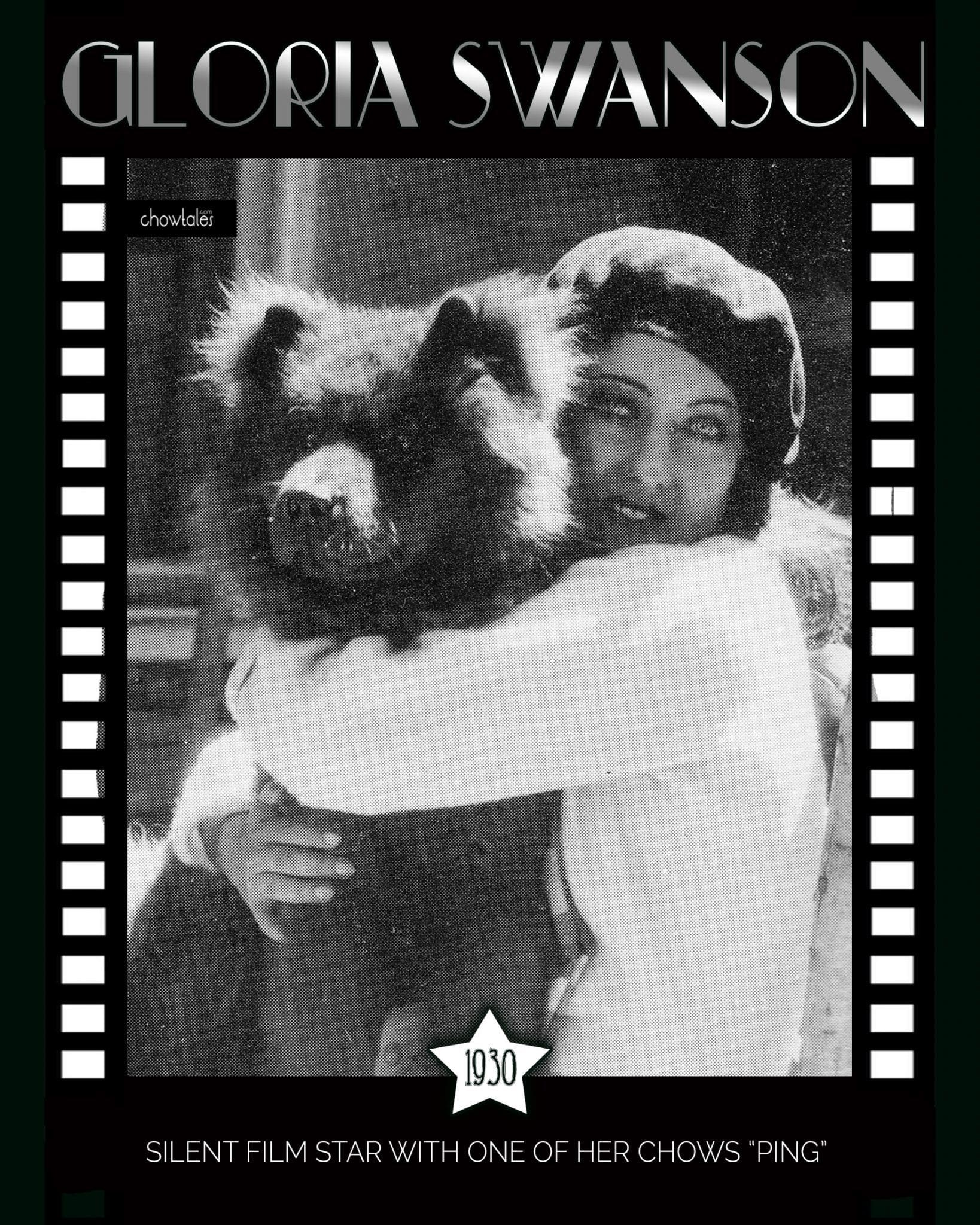 It is always such a happy surprise when one of our ChowTales readers pops in to leave me a message about one of their chow history finds.  So many times I have a part of the puzzle that is waiting for more information and this is one of those classic examples

Chowist,  Marianne Lähde from Australia had been doing some research on the ChowTales website looking for more information about American actress GLORIA SWANSON, who she had discovered was listed in the AKC stud book as having 2 chows.    She contacted me to see if I had more information on Gloria or a photo.  Yes, I certainly did ….I had ONE photo of the only chow I was aware she had,  which was “Ping” pictured above.   With the new info Marianne provided below I was able to finally do an archive entry about the fabulous Gloria Swanson.   Thank you so very much Marianne……  “It takes a village” 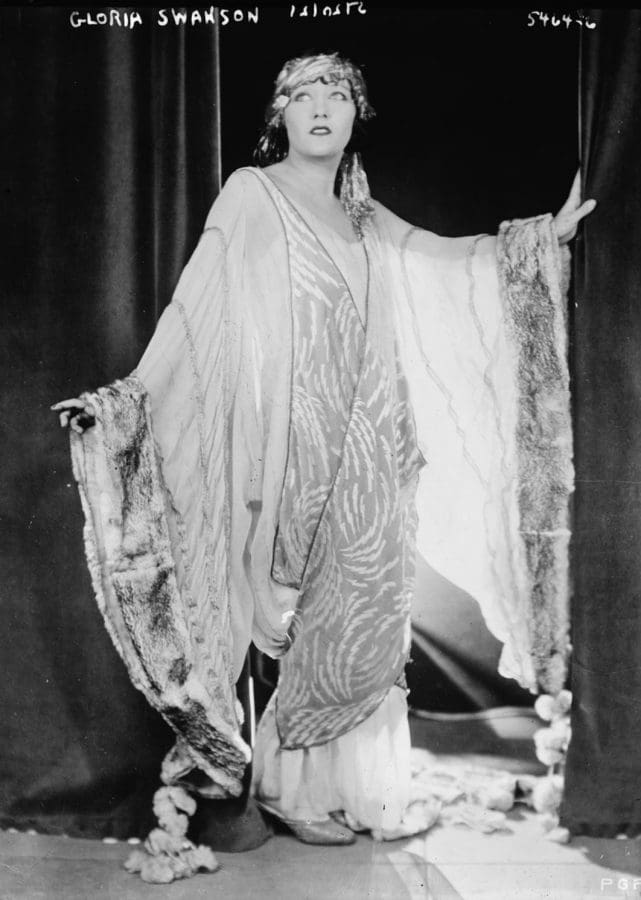 Swanson was also a star in the silent film era as both an actress and a fashion icon, especially under the direction of Cecil B. DeMille. She starred in dozens of silent films and was nominated for the first Academy Award in the Best Actress category. 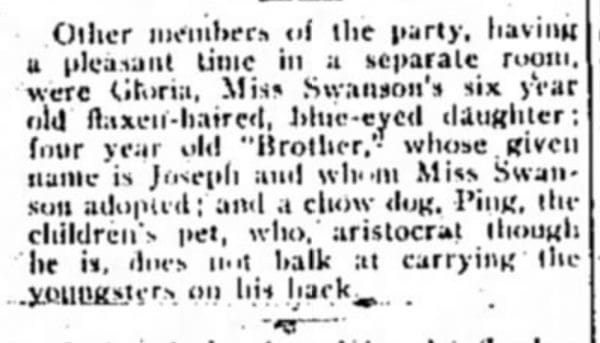 Above  is a news snippet from March 1927  describing Ping at a party carrying youngsters on his back. A patient and strong chow.