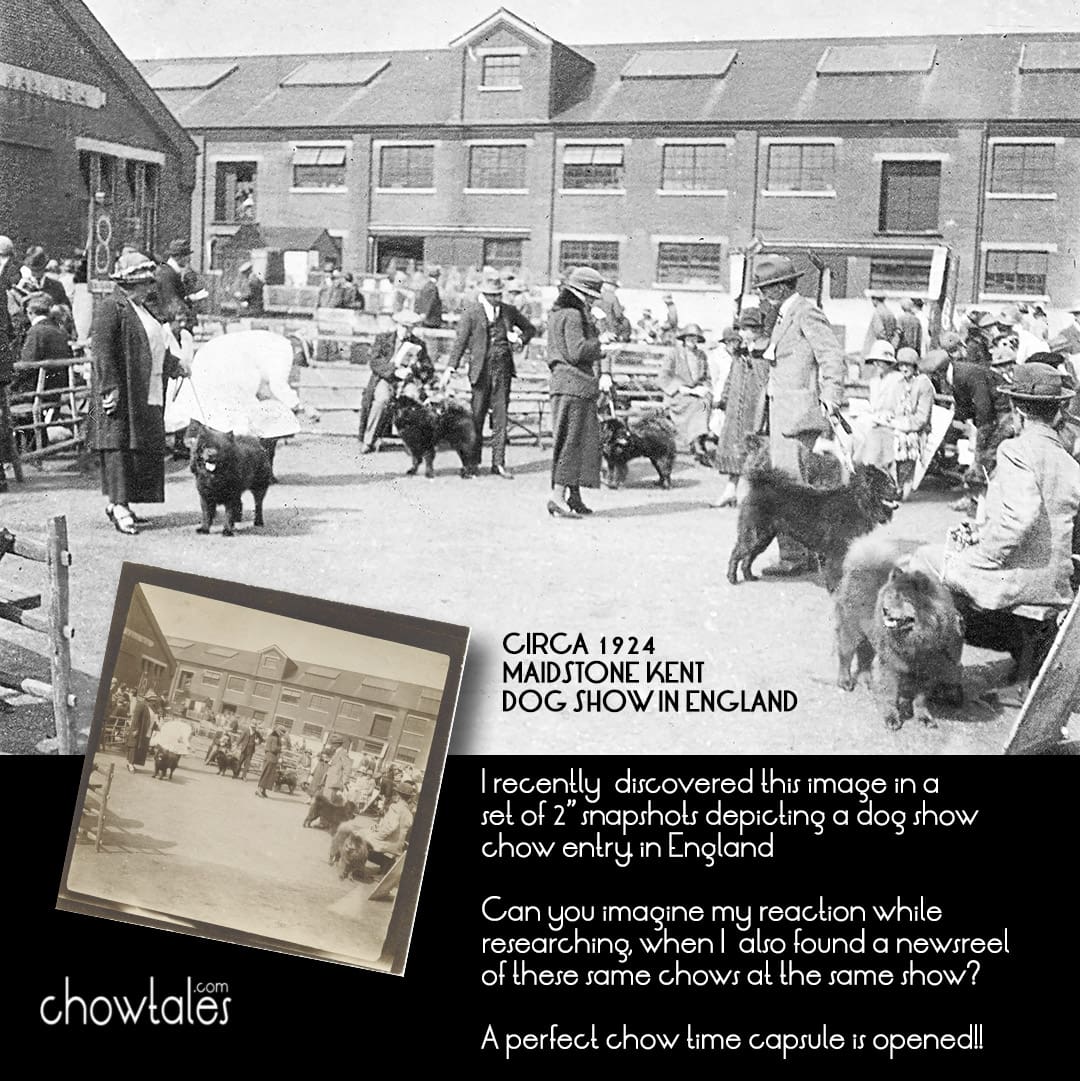 There are times I hit a brick wall in my chow research, and other rare times when every puzzle piece falls seamlessly into place.   These finds which I will detail below were like opening a secret door to chow history. 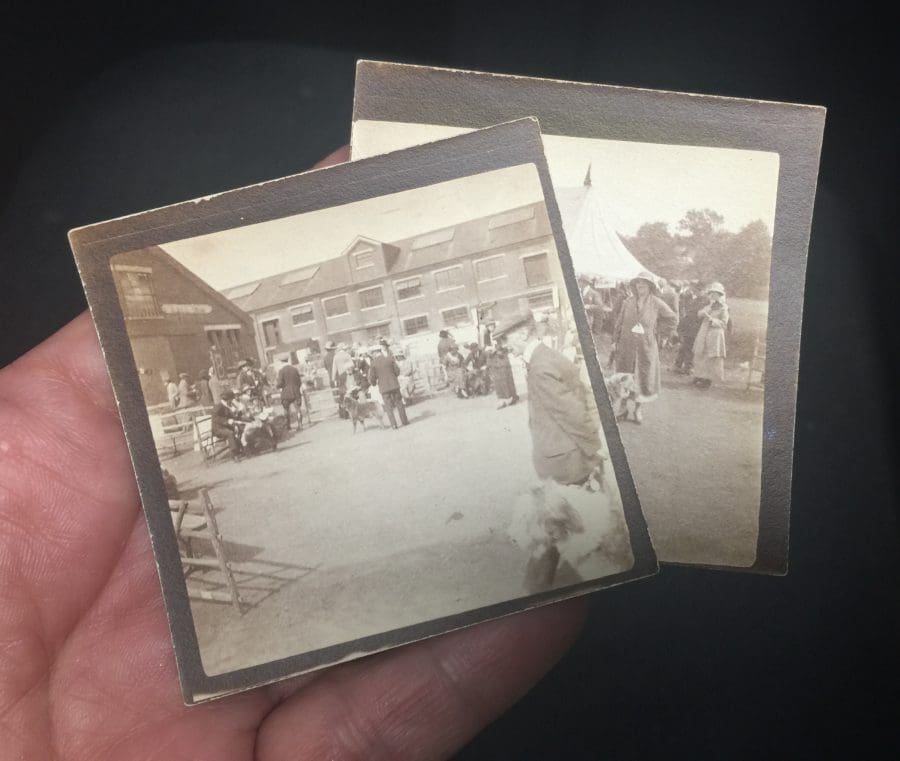 It all began with a purchase of very small snapshots of a dog show in England that had the name and date of the show written on the back.  I paid far more than I had wanted to for these images and hoped when they arrived from England  I could see more detail once they were scanned. Little did I know they would prove to be worth every penny paid…really they are priceless in chow breed history terms.

As though that wasn’t enough excitement for one day……

I quickly discovered that the photos I had just acquired were very similar in size and content  to some other original English snapshots I had received from another source much earlier.  You could have knocked me over with a feather when the same woman and  cream/light chow appears in both sets of images!!!.  You can see the rest of these images of this woman and her dogs at THIS LINK

And now for the icing on the cake….

In my excitement over these discoveries,  I started to research everywhere to find out more about this 1924 Maidstone Kent Dog show which was written on the backs of the old photos.   Then lo and behold, what do I find in the British Pathe film library,   but a 14 second newsreel clip of the EXACT 1924 Maidstone Kent  show, featuring  some of the chows and handlers in my snapshots.

Only the best were shown in those days,  and this was in the infancy of the breed being exhibited in England, so we can only assume these were some of our top breeders and chows in England in 1924.   If any of our chow historian friends in England can identify any of these people or dogs I would be eternally grateful.

BELOW IS THE VIDEO THAT TOOK MY BREATH AWAY. THE FIRST 14 SECONDS IS THE 1924 MAIDSTONE KENT CHOW ENTRY

Below are screenshots I took from the video to stop the action so you can see the people and chows closer.  Click thumbnails to enlarge photos