I worked so hard to get this newspaper clipping above to give more detail. The original was almost totally black.  The man behind the adult chow is baseball legend of the Chicago White Sox Frank Isbell who held the world’s record for hits in 1906 (see bio below) 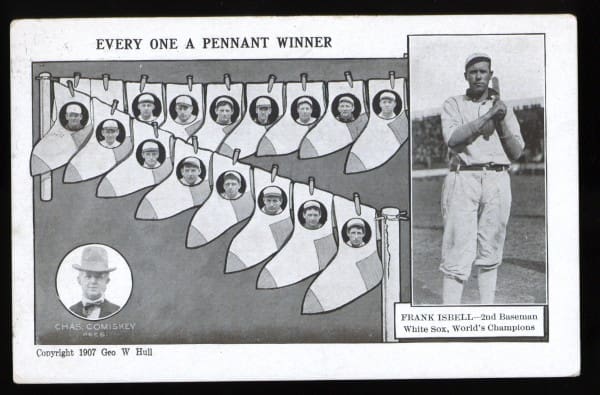 Frank Isbell’s chow pictured,   Ch. Yuan Chu of El Cher  had done a lot of winning during the 1920’s. This article  is from 1928 when his chow had won a Best in Show.  The other 2 people look to be holding chow puppies 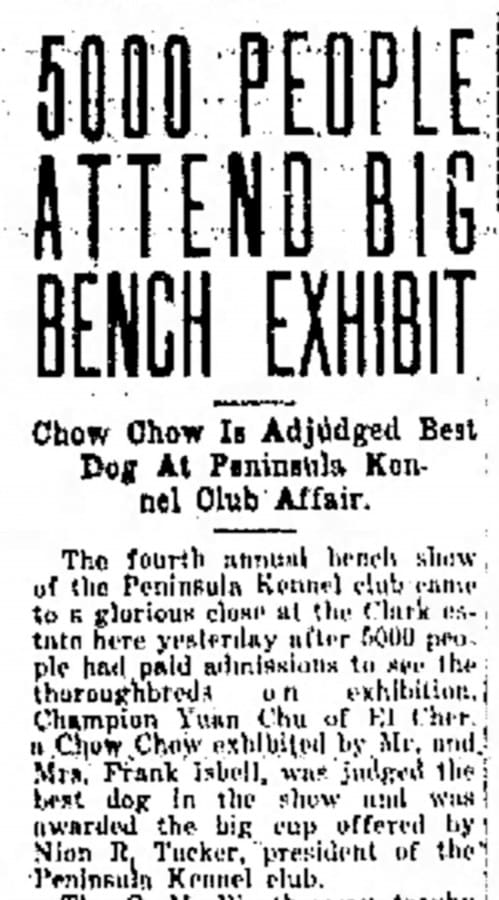 FRANK ISBELL BIO – A prematurely bald, round-faced Irishman, Frank Isbell was a fixture of the Chicago White Sox for the first decade of their existence. Best remembered as the second baseman of the 1906 “Hitless Wonders,” Isbell spent most of his career as a versatile utility player — one of the few men to have played all nine positions in the major leagues — before becoming a minor-league manager and magnate. As a young ballplayer, Isbell’s acute sensitivity about his already receded hairline earned him the unappreciated nickname of “Bald Eagle.” SOURCE 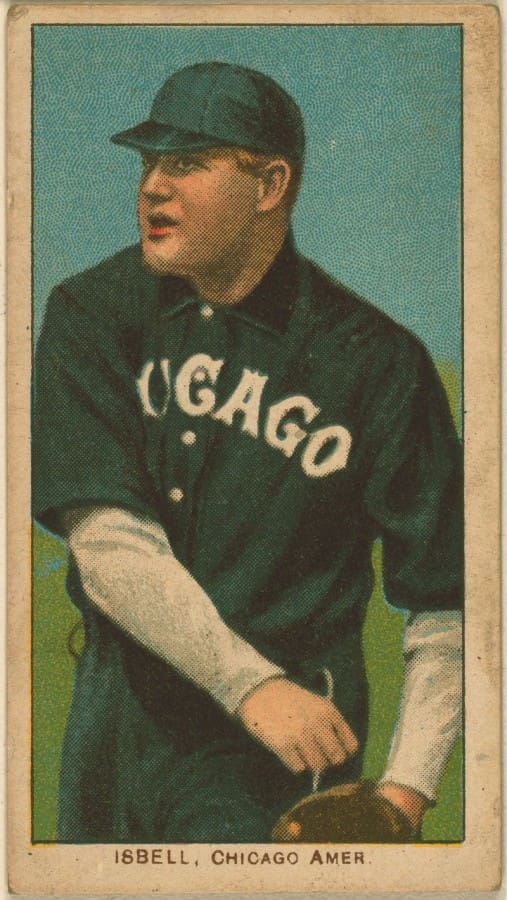 NOTE:  The Isbell’s sold their entire kennel to Mr. and Mrs. Frederick S. Krupp of California