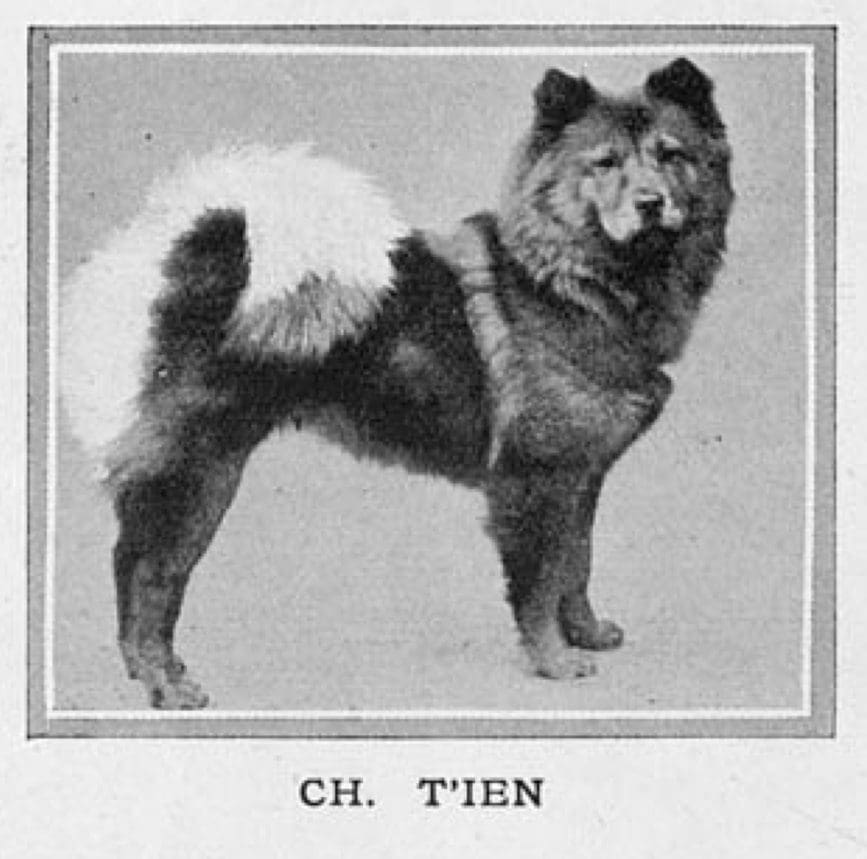 Below find a 1908 article describing Ch. T’ien  by Miss Casella herself. 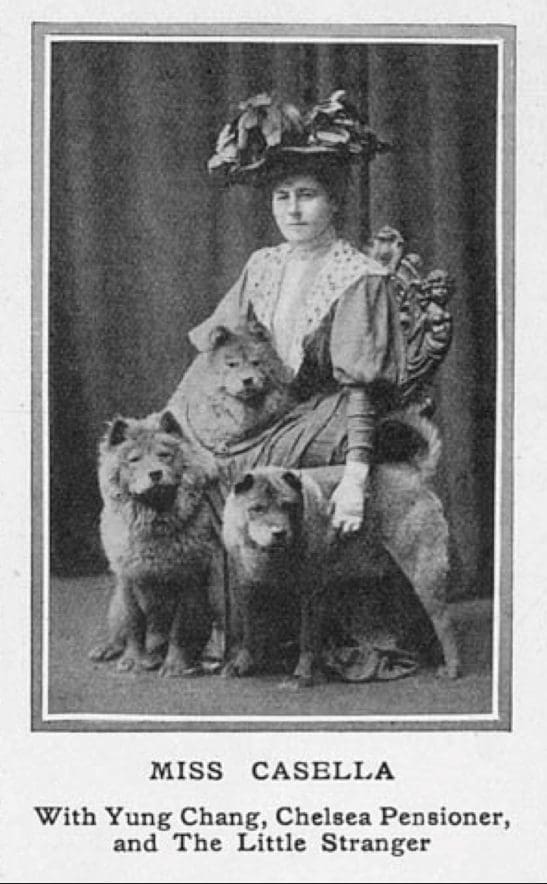 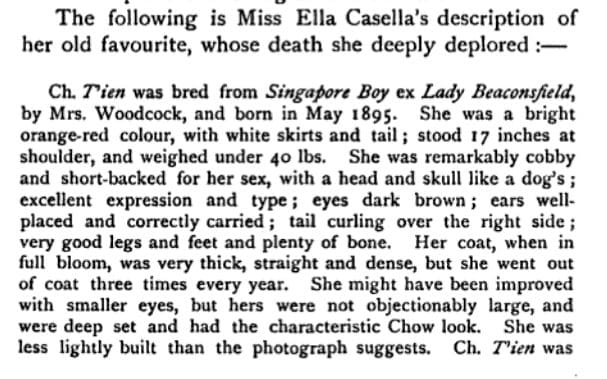 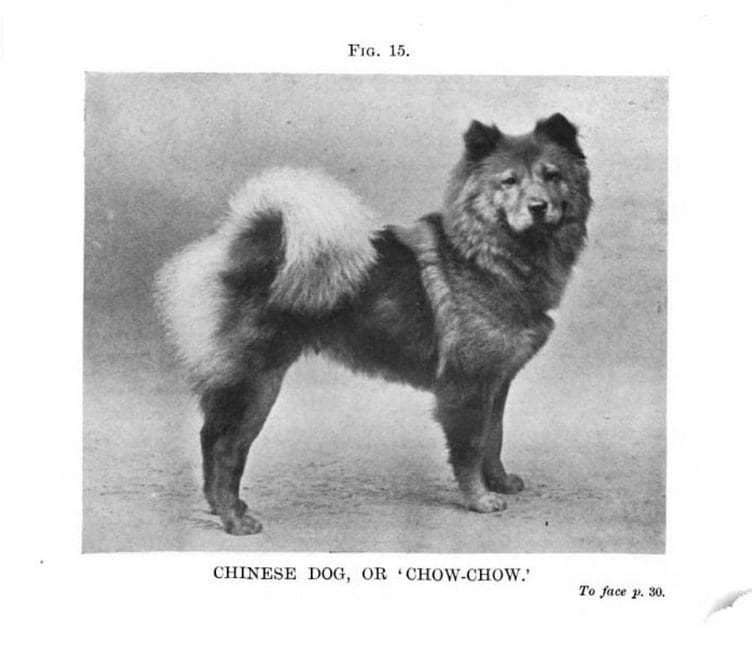 After her death in 1903, beautiful T’ien was donated by Miss Casella to the British Museum of Natural History. This is T’ien’s  photo in the museum record books from 1908.  T’ien died in 1903.  Below are the entries of 2 of Miss Casella’s chows in the museum catalog.   She felt strongly that these high quality chows should be seen for generations to come as an example of what they ” used to be like”.  What a visionary this woman was and according to many articles I’ve read……a well loved and respected breeder.  She resided in an apartment in London near Hyde Park and could only have one or two chows at a time. 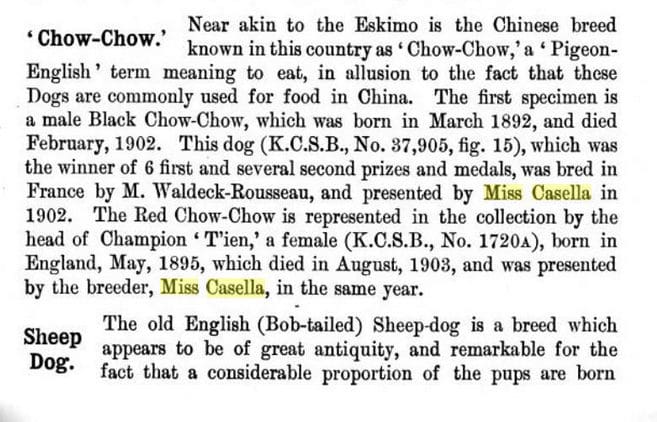 Below are 3 photos I’ve collected over the years of Ching Foo who was the other dog also donated by Miss Casella to the museum after his death in 1902.  The first photo  is Ching Foo when he was still alive.  The second 2 photos are very old museum postcards of him in the exhibit.  As morbid as this may seem to us today, these dogs being preserved for the future was a common way to  record important details about famous animals in Victorian times that a photo simply could not capture. 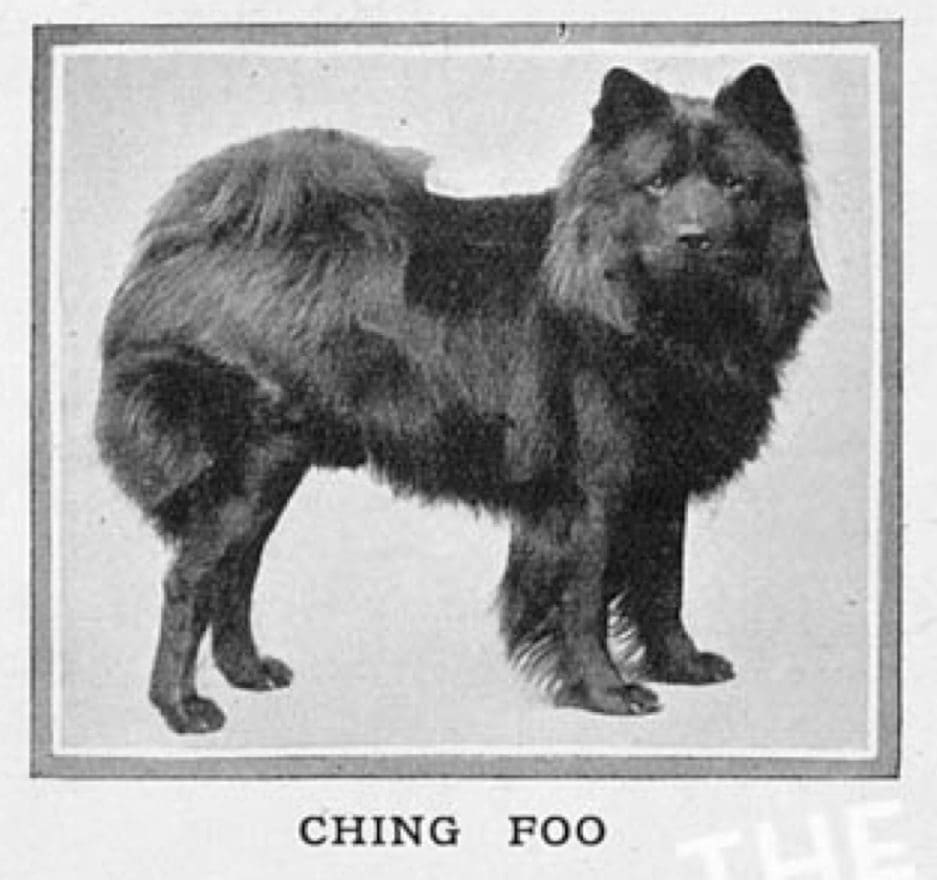 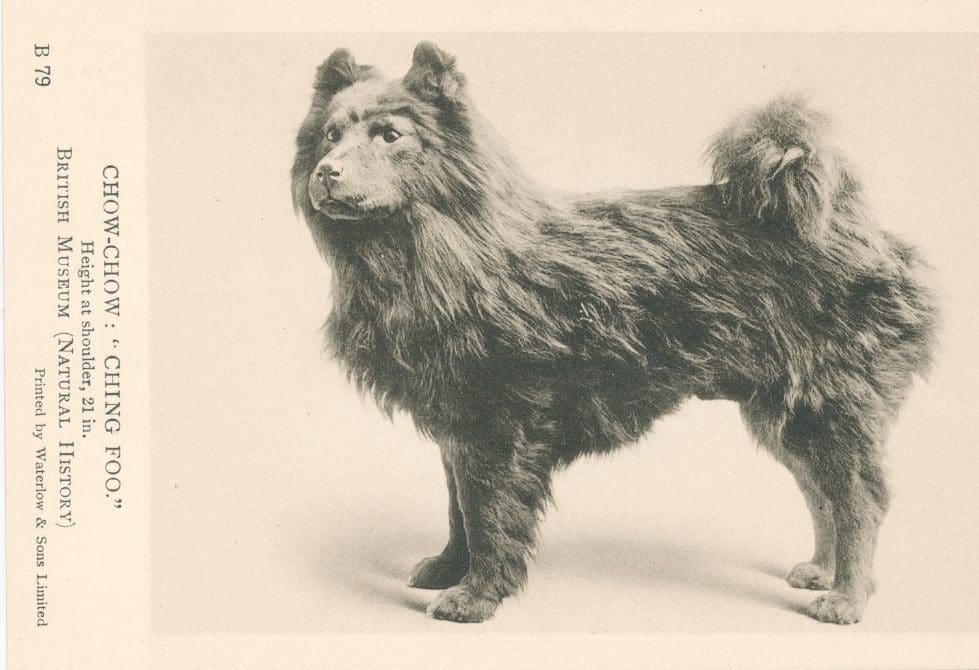 Circa 1902 Postcard in the private collection of Sandra Miller 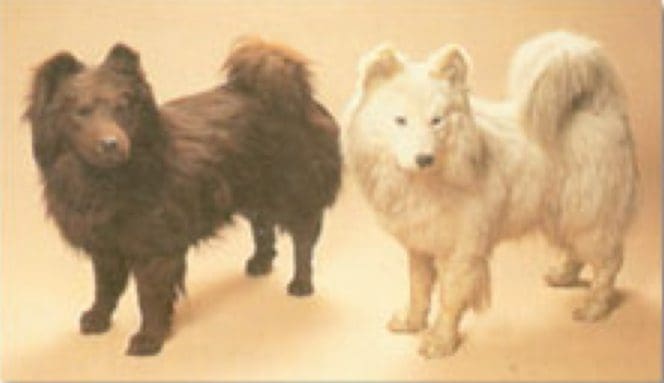