You are here: Home / CELEBRITY CHOWS / QUEEN ALEXANDRA AND PLUMPIE

A quick  Facebook message to my friend Lis Taul  in Denmark quickly connected these images below like puzzle pieces.  There is no guarantee that the dog pictured in the image below is indeed “Plumpie” but there is just as good of a chance that this could be him.  Either way these are both stunning images depicting both Royalty and Chows.  Thank you Lis for the valuable feedback. Now I can keep my eyes open for more images of’ Plumpie’ 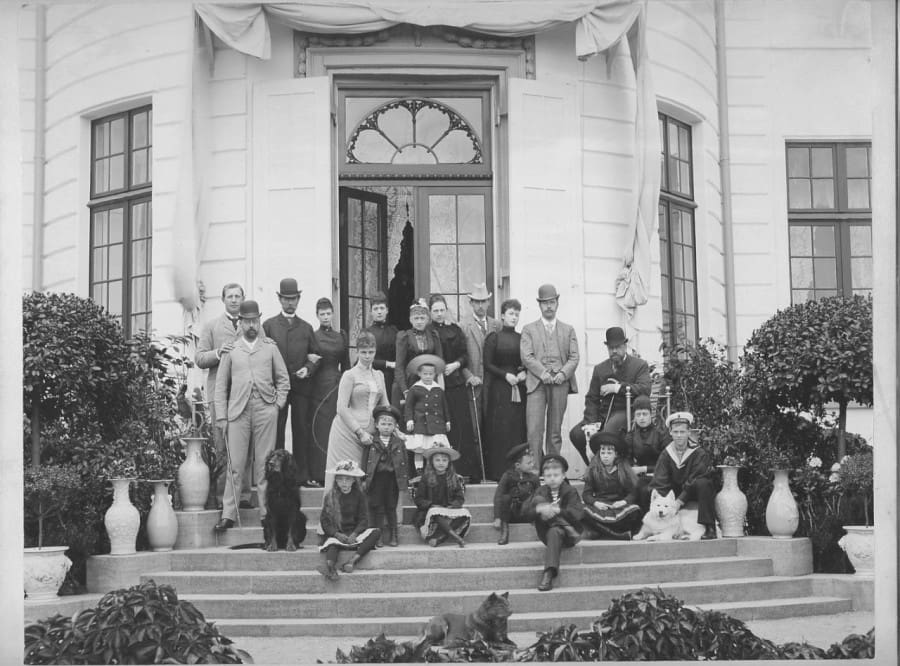 Recently I discovered this image online…. and upon closer examination,lo and behold, at the bottom of the photo is a chow.

The information that was with the image above is as follows:

Russian, Danish and English Royal families gathered on the stairs of Palace Bernstorff in Denmark. Amongst others Tsar Alexander III and his wife Maria Fodorovna / Princess Dagmar of Denmark, King Christian IX of Denmark and his wife Queen Louise of Hesse-Kassel and Princess Alexandra of Denmark / Princess of Wales. 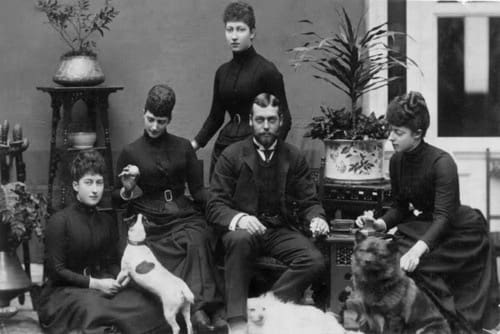 And it just keeps getting more interesting.  This photo with a chow has this caption on it.  Fascinating stuff!! 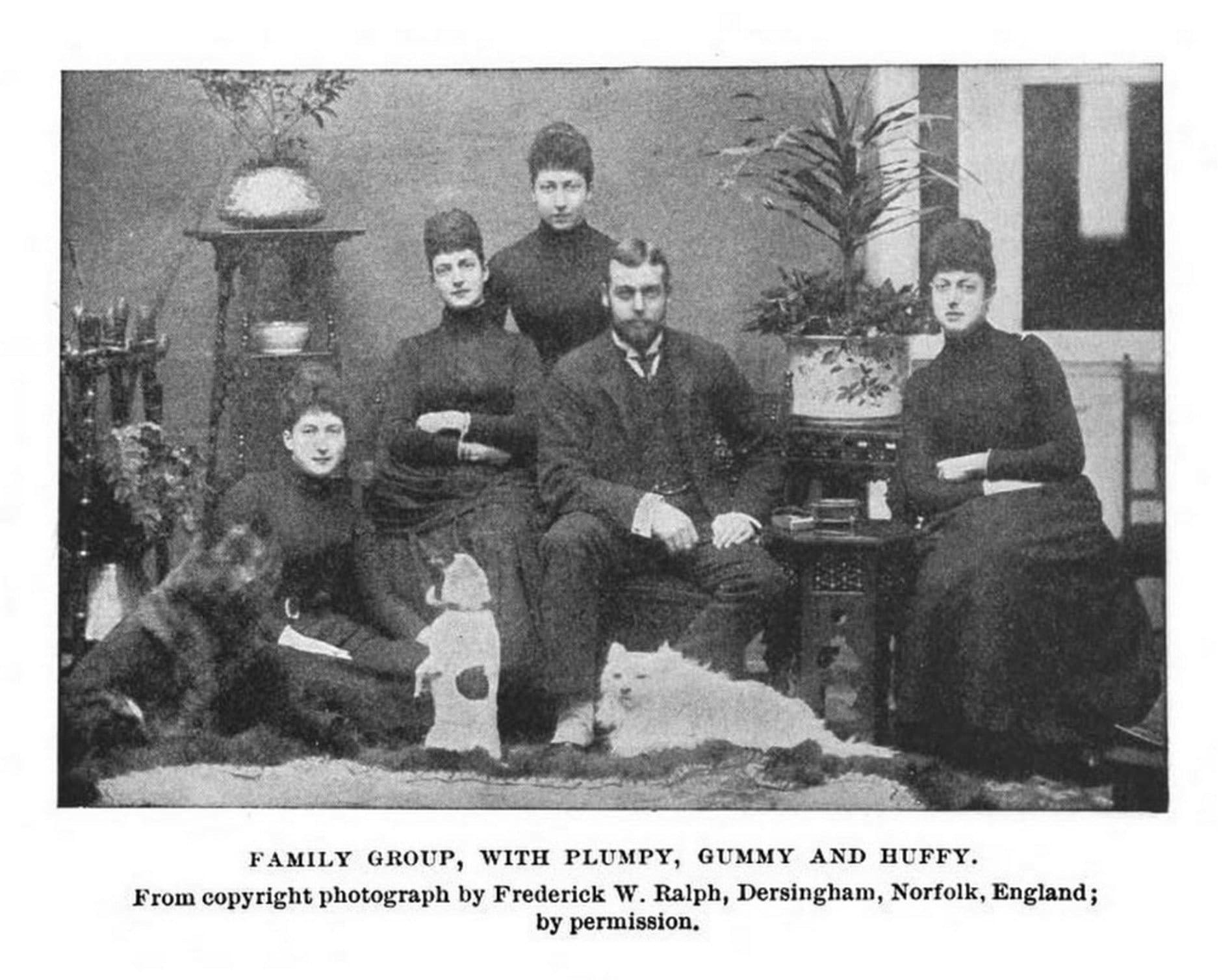 ABOVE IS ANOTHER PHOTO WHICH LOOKS TO BE TAKEN AT THE SAME TIME AS THE ONE ABOVE.  CLICK HERE TO READ MORE ABOUT THE BOOK THIS IMAGE CAME FROM

The chow in this second book plate has a positive ID of Plumpy so we can be pretty certain both images now have an ID.

I discovered more information about “Plumpie” in  Cassell’s Family Magazine 1895 .  Plumpie had least one litter that the Princess kept. Foxey (below) is one of Plumpies offspring 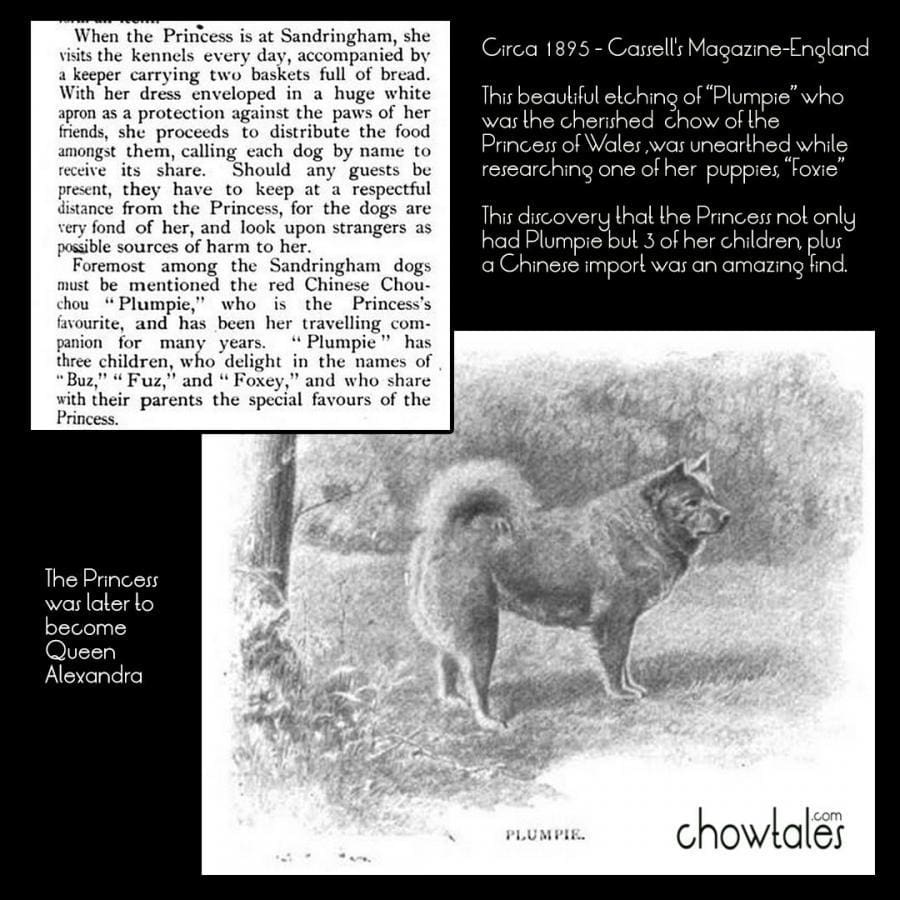 I recently purchased an article from THE SKETCH magazine in England, Circa 1894,   featuring 2 more chows owned by the Princess of Wales. CLICK HERE to read bout these silverpoint etchings 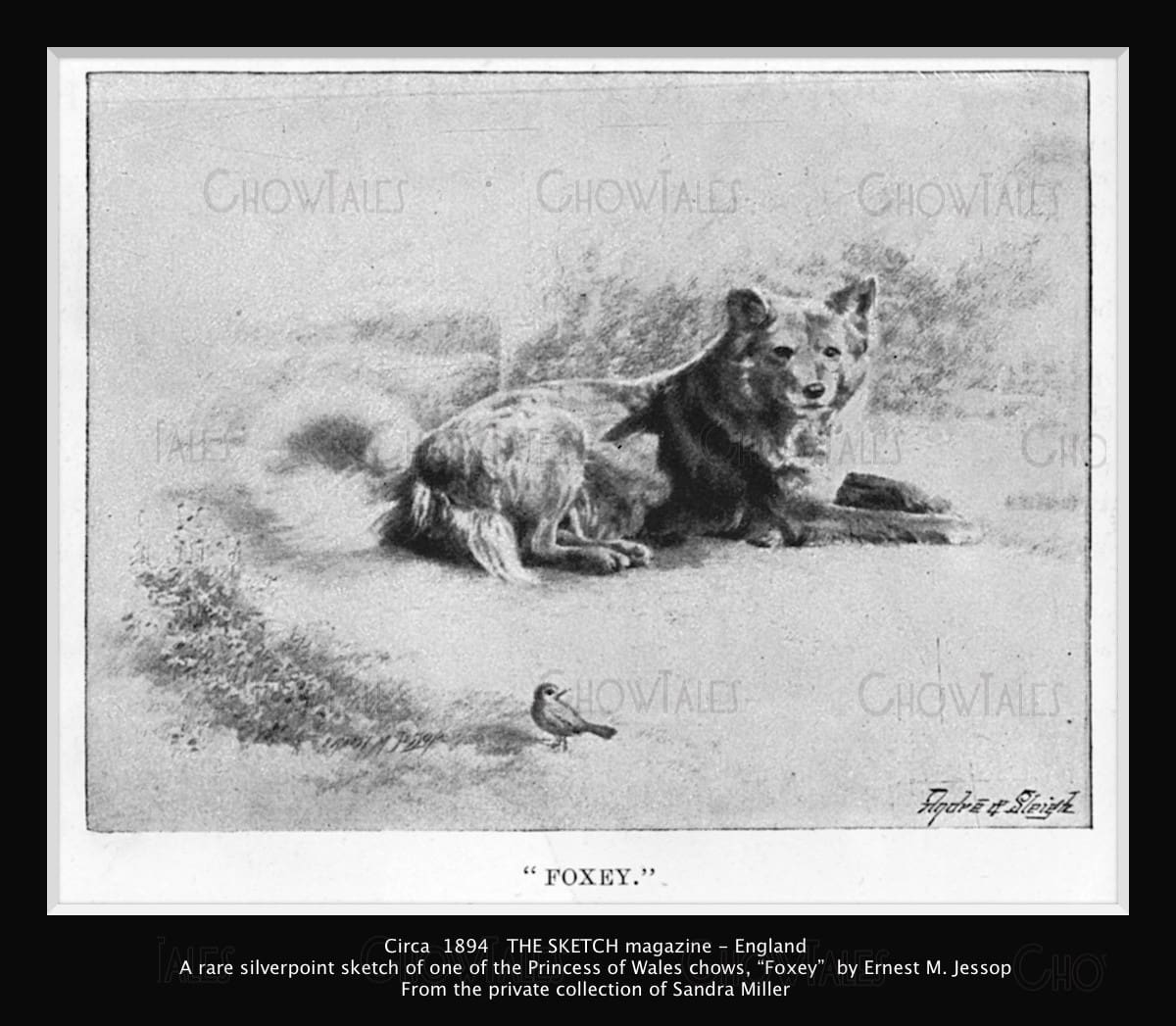