You are here: Home / EARLY CHINA IMPORTS / 1904 Very rare photo of a Chow and a bear aboard a Navy ship – possible China imports 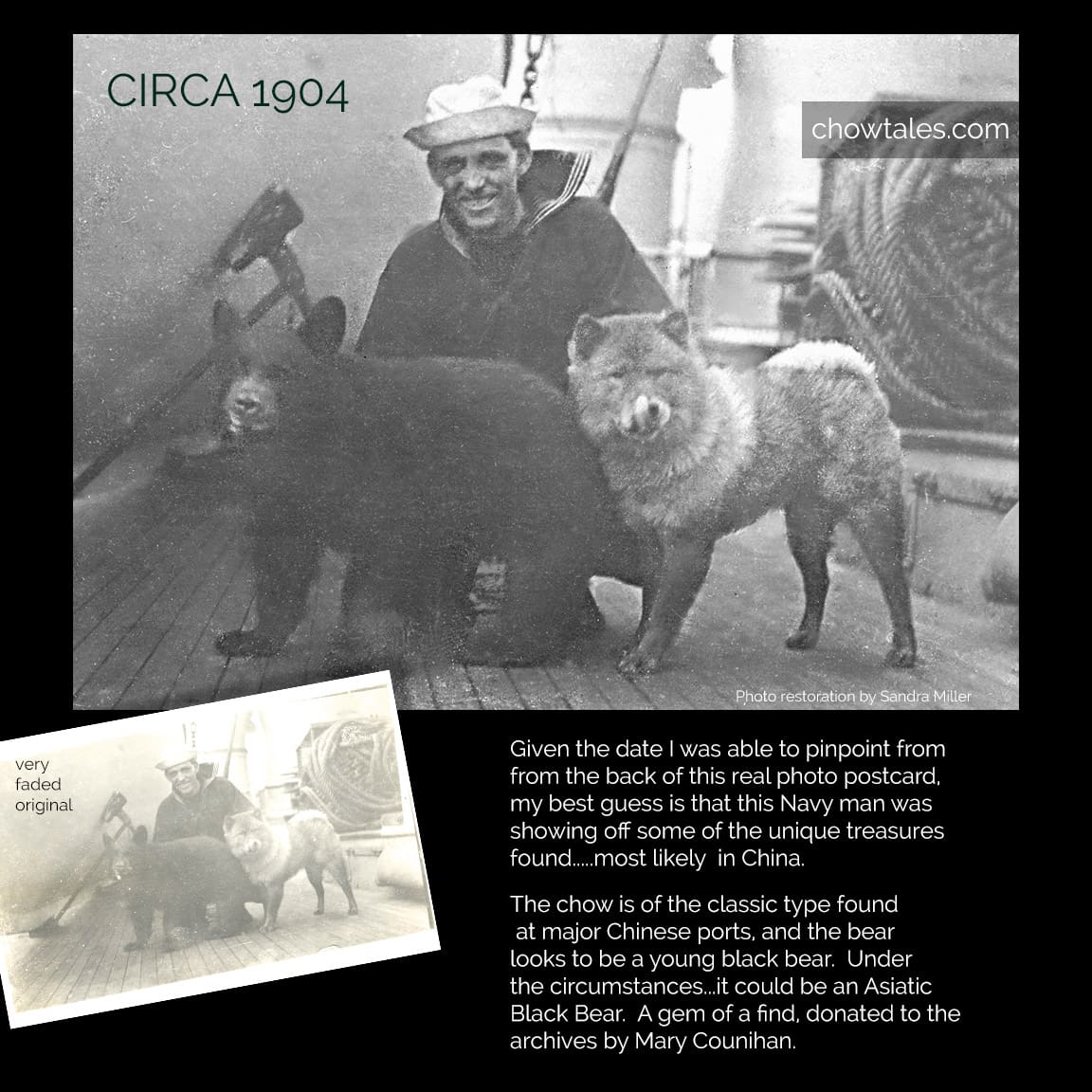 A lot of guesswork goes into the unraveling of the story behind this photo so if anyone has better answers I welcome all feedback!   This extremely faded image was sent to the archives by Mary Counihan in hopes that I could preserve and get a bit more out if the original through digital restoration.   After I scanned it in I noticed the entire photo was full of white”noise”, so I cleaned it again and tried one more time.  The dust-like flecks were still there….just something you deal with on photos that are over 100 years old.

BELOW IS THE BEAR’S FACE BEFORE STARTING RESTORATION 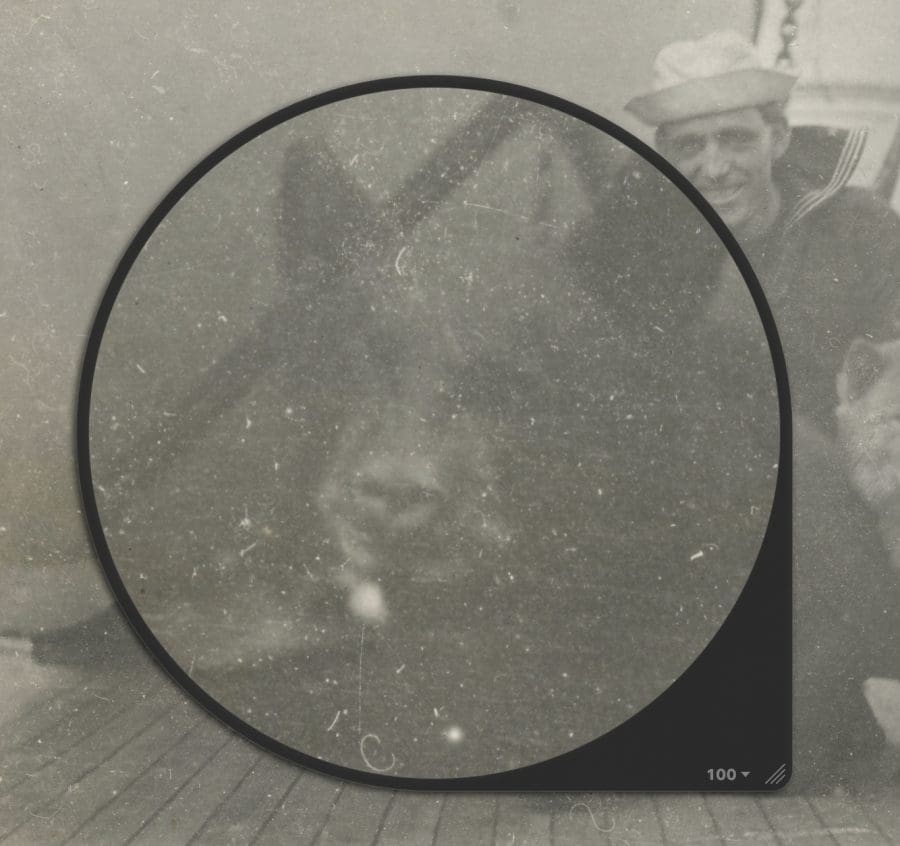 I decided to restore as I usually do, and concentrate only on the major flecks, as they really do show how lucky we are to still have this photo to admire and study. The chow “mascot”,  is as classically Chinese type as you can possibly find in 1904.  Just 5 years prior to this photo above, ADMIRAL DEWEY enlisted as the mascot to the USS. Olympia, a chow he called “Bob”, which he found on the streets of Canton China 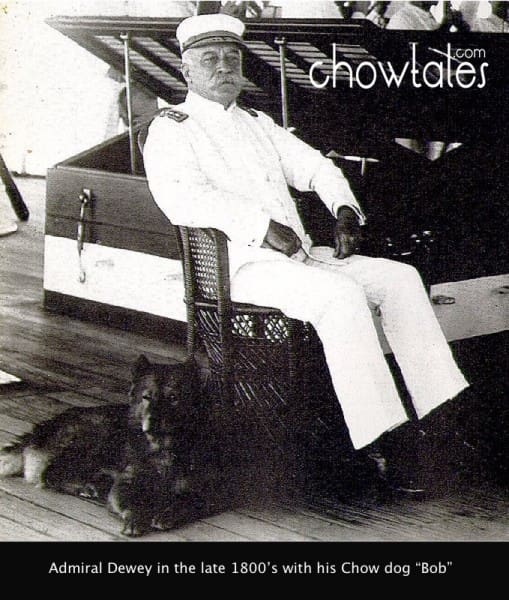 In 1904, the few chows in America  were for the most part imported from China.  I am relatively certain that both of these animals would have been passengers from China.   The American black bear has a rear higher than the back, compared to his similar Asiatic cousin.    The missing cream crescent that you usually see under the chin of Asiatic Black Bears (aka “moonbears”)  can be very small or very large, so not seeing one on this bear is not unusual…also this bear looks quite young. 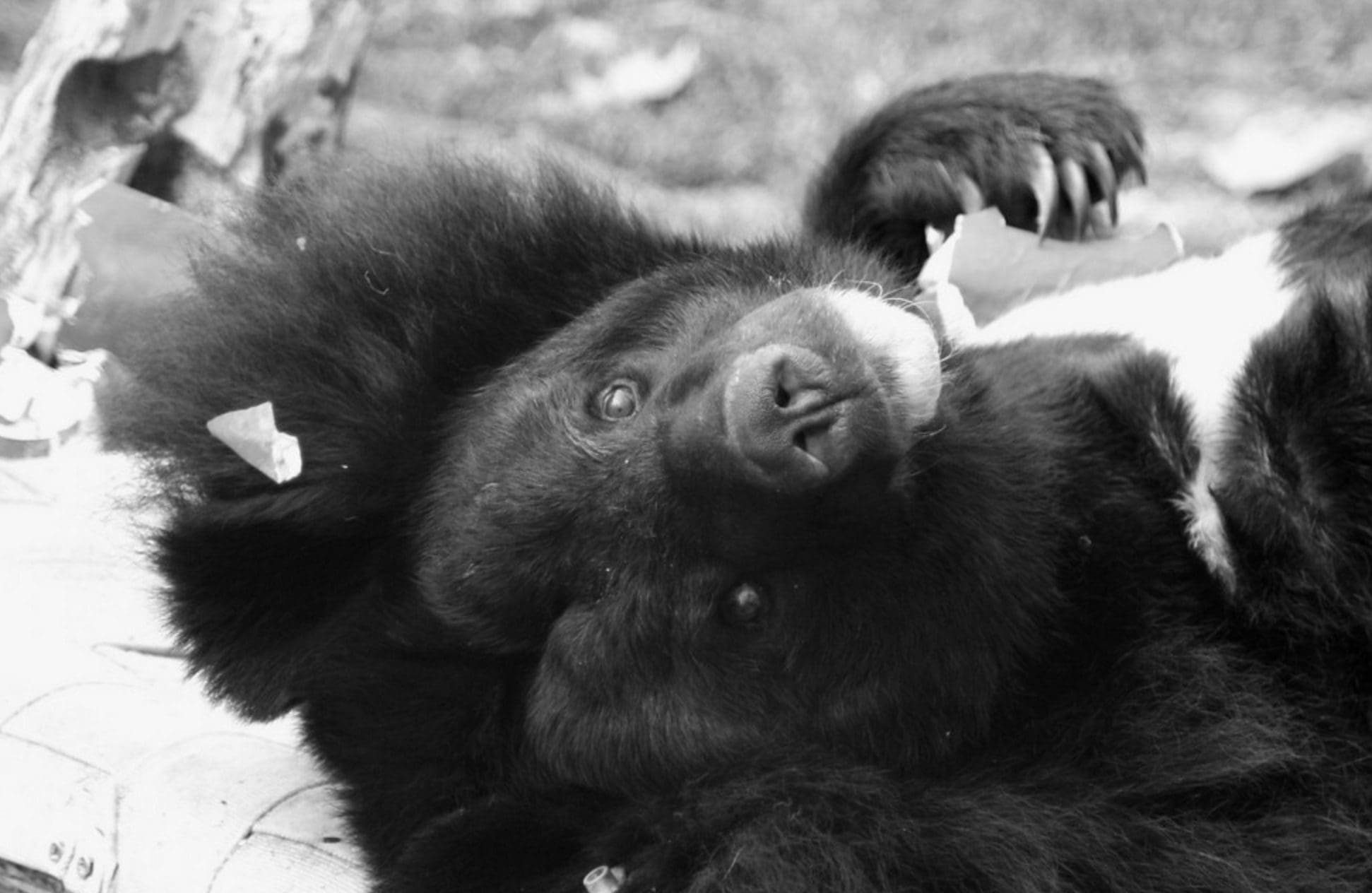 If this actually is a moon bear with the chow, this photo REALLY hits home in an extra special way for me.  In 2008 and 2010 I spent time with Jill Robinson, founder of  Animal’s Asia Foundation in Chengdu China learning about the rescued bile farm moon bears.   It is very much worth a visit to the AAF WEBSITE to learn more.  I’ve included a few photos from my 2010 China trip so you can see how the adults look! 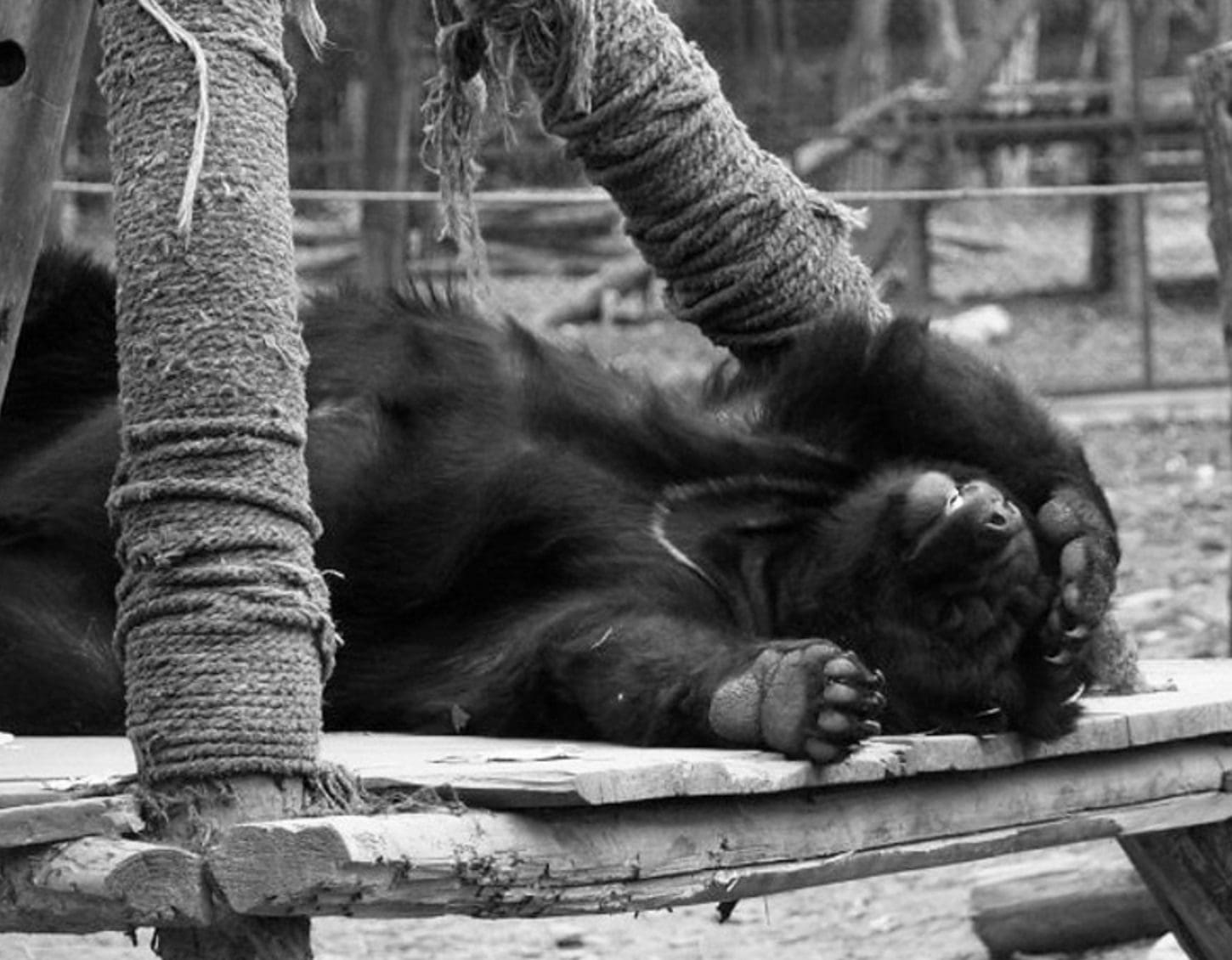 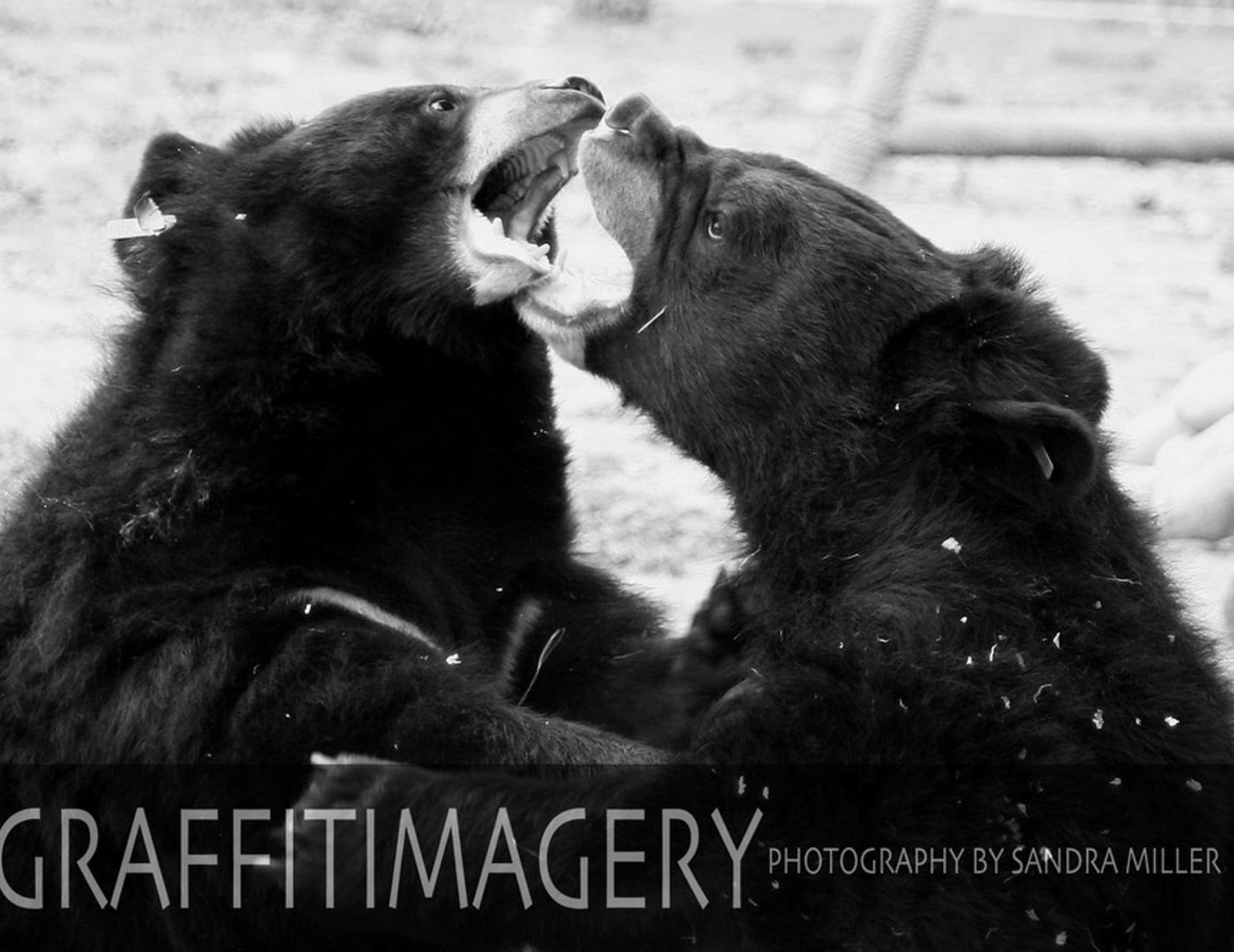