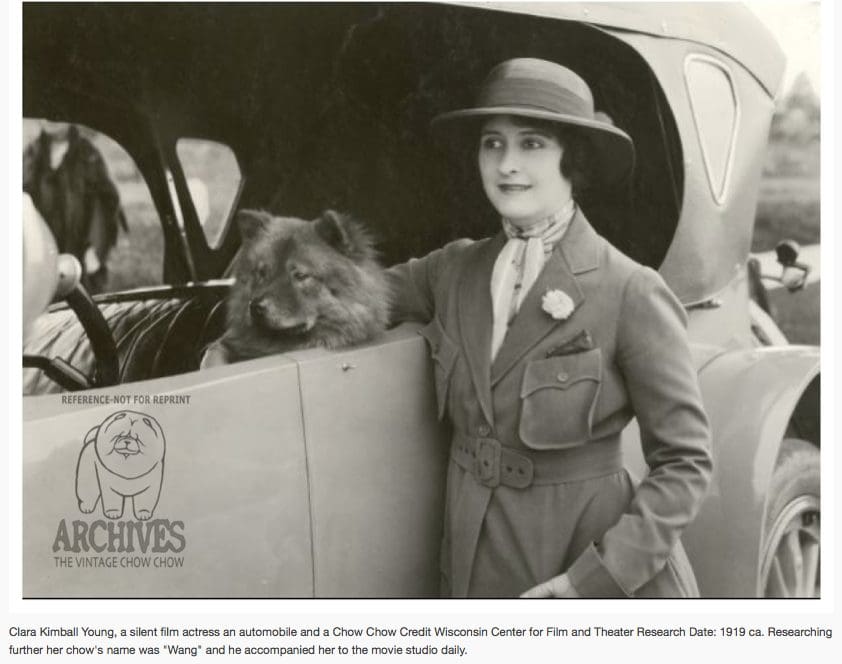 The photo above led to my going for a search for more information about  the woman proclaimed by Lillian Russell as “the most beautiful woman on the screen”, …  the first of the silent movie starletts CLARA KIMBALL YOUNG

Could you hear my happy song and dance from there when I ran into this 1915 article below that started with this story written by the interviewer at Clara’s studio?  Below is Clara’s response to her Chow “Wang” being silly with the reporter. 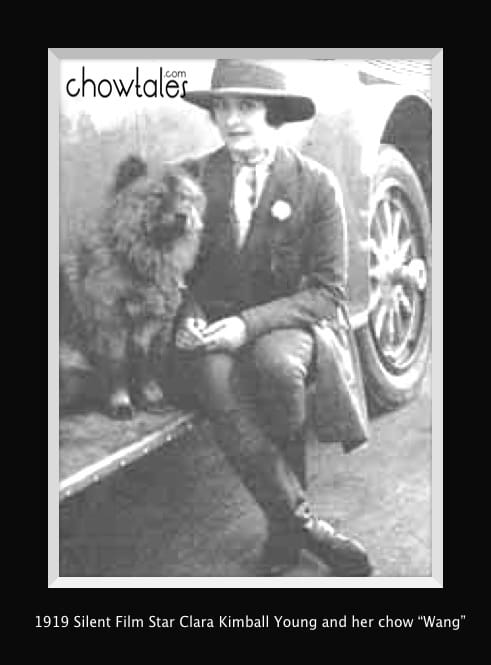 “He must like you, or he wouldn’t be playing with you.  Isn’t he a beauty?” she [Clara Kimball Young] continued fondly.  “I’m going to exhibit him in a dog show and see if I can make him as famous as his grandfather who is the champion of the world.”  The turning to the dog, she queried fondly:  “It’s hard to live up to a celebrity in the family, isn’t it doggie?” 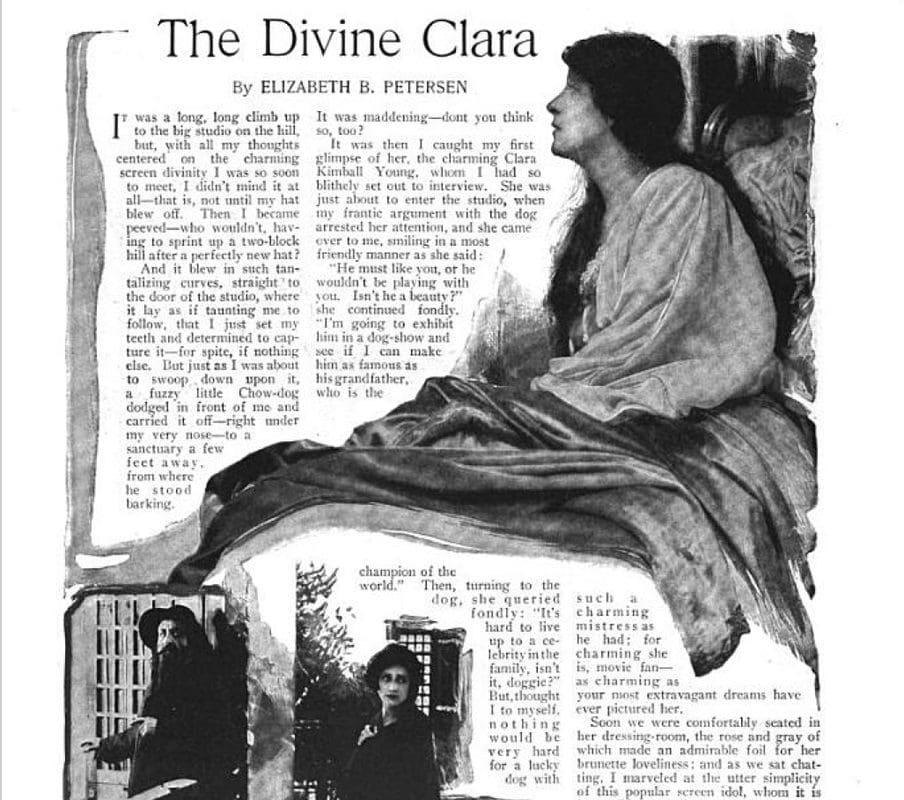 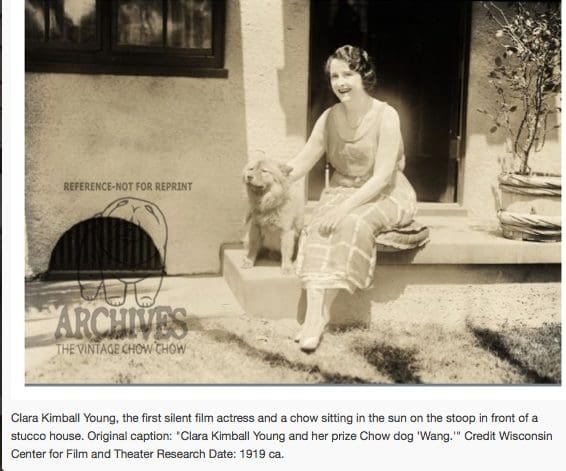 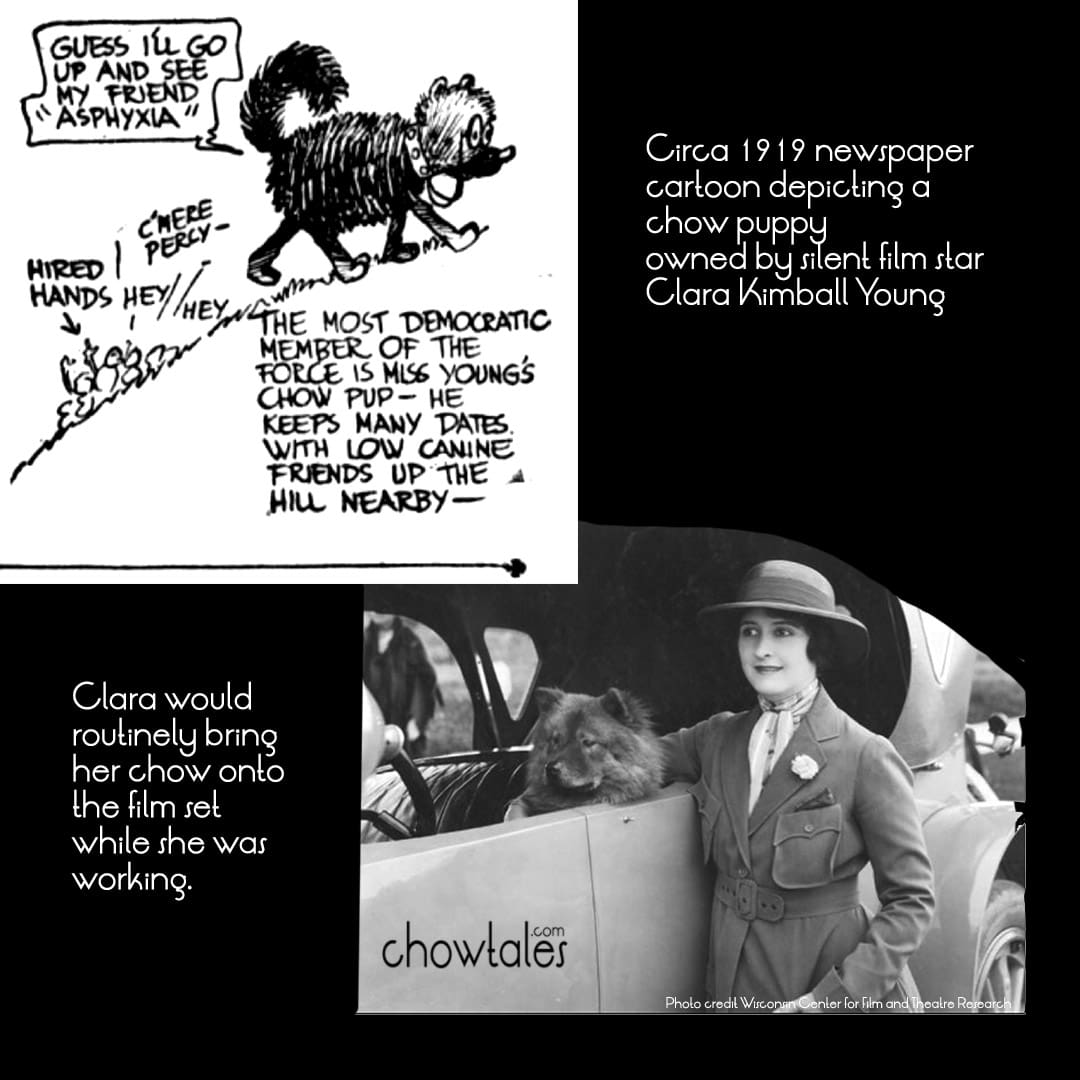 Above is an odd little cartoon in a 1919 newspaper about Miss Young’s chow.  The “hired hands” are calling him “Percy”.  Was there another chow besides “Wang”.

Of course it now I’m on a mission to find out who “Wangs” most famous gransire sire in the world was!   Given this article was written in 1915 I just need to dig a bit deeper….I have a couple of hunches and will update here later!

UPDATE:   After a bit more digging  over 2 years after writing this article……I did find this newspaper snippet indicating that Clara had 2 chows at the same time!  It is not the best print but you can see the 2 chows up front with the driver and Clara in back.   What I wouldn’t give to have the actual photo of this. 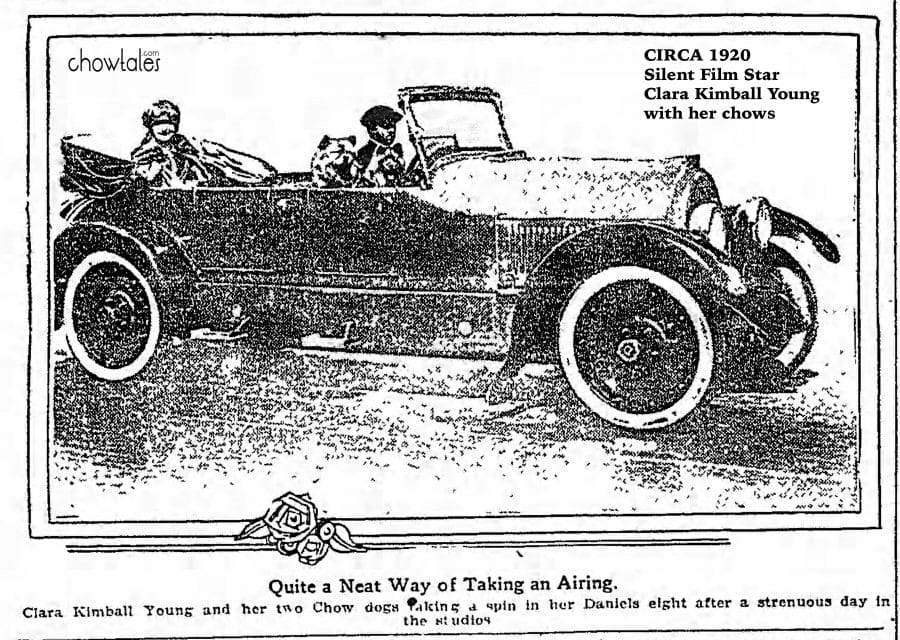