Below you will find a timeline I created of the earliest chows, breeders and importers in America .  The first 3 entries show some conflicting information  as to who the first chows shown might have been.  My research in antique publications, AKC, and newspaper records have produced different results so I put them all here for  here for you read along with my personal research notes.

Following the outline are actual clippings of the earliest stud book entries and winners from the AKC Gazette through 1906 when the Chow Chow Club  of America was formed.  This has been a wild and crazy labor of love tracking all this info down and trying to make sense of it!      I have more to add to this page so stay tuned!!!

BELOW  FIND  OFFICIAL EARLIEST CHOW REGISTRATION & WIN RECORDS  CLIPPED FROM THE AKC STUD BOOKS.  THIS IS ONLY WHAT I HAVE FOUND SO FAR AND WILL ADD OTHERS AS THEY SURFACE. 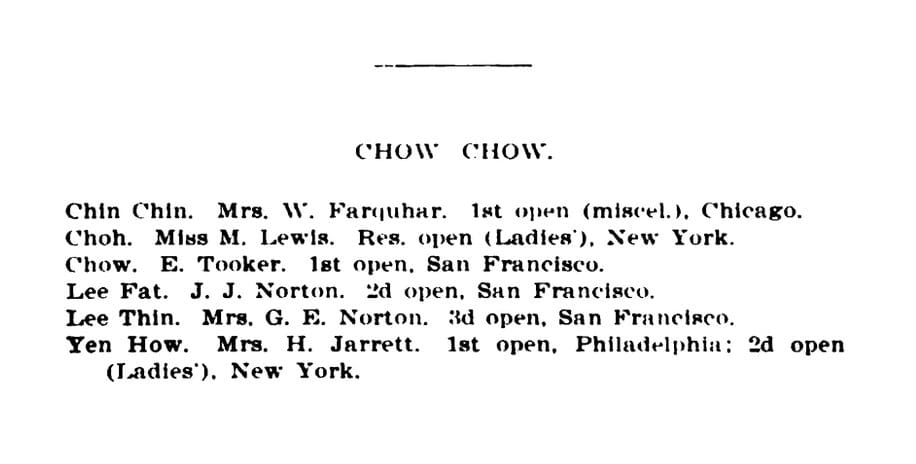 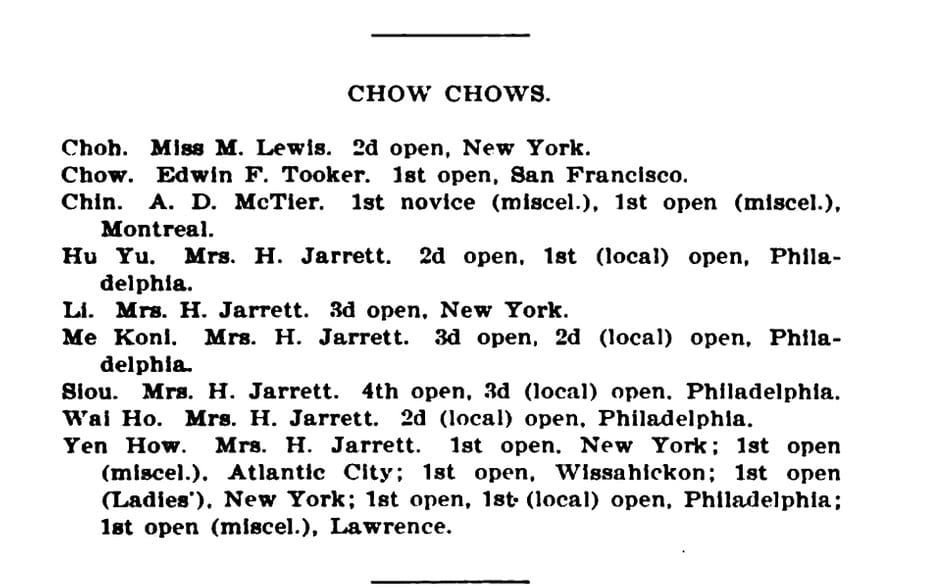 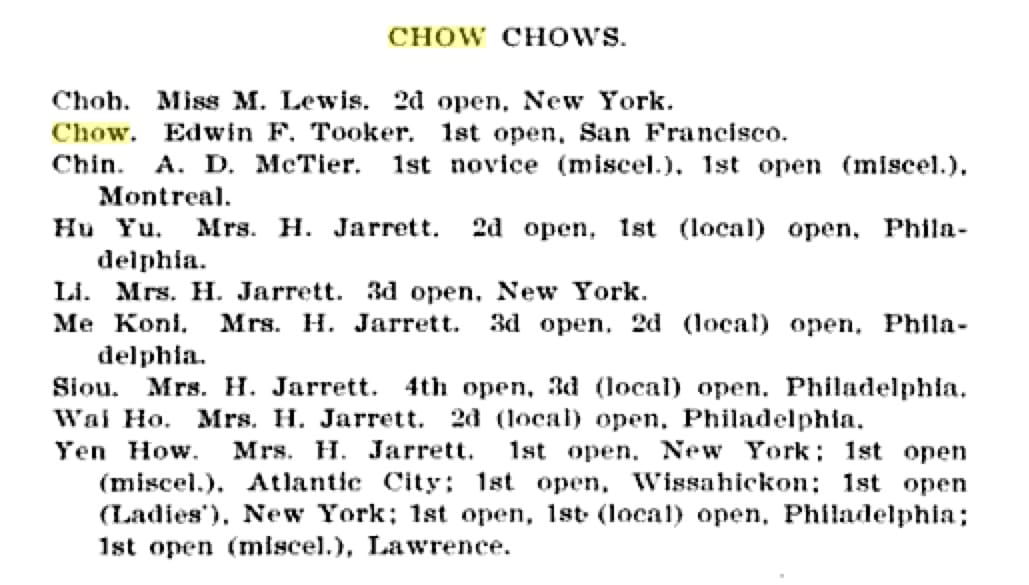 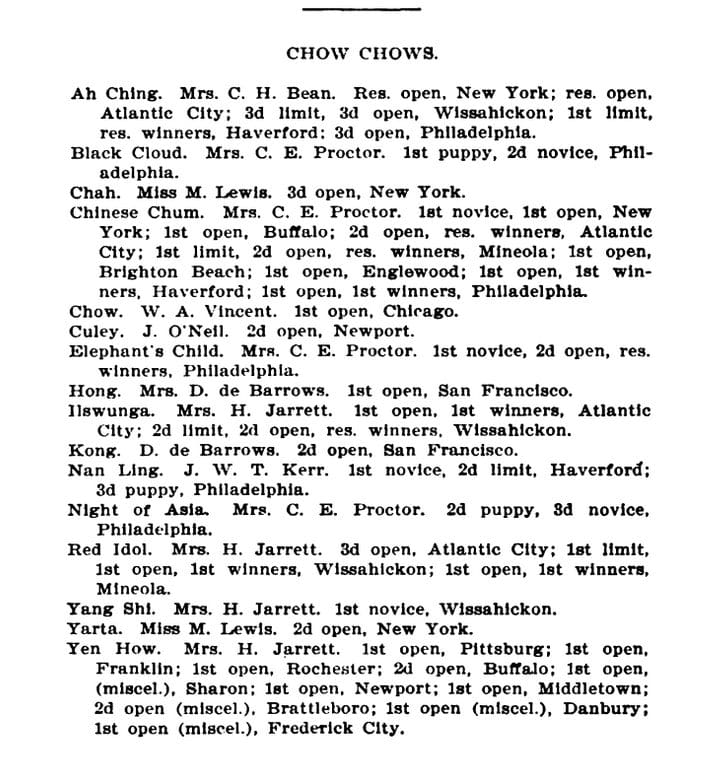 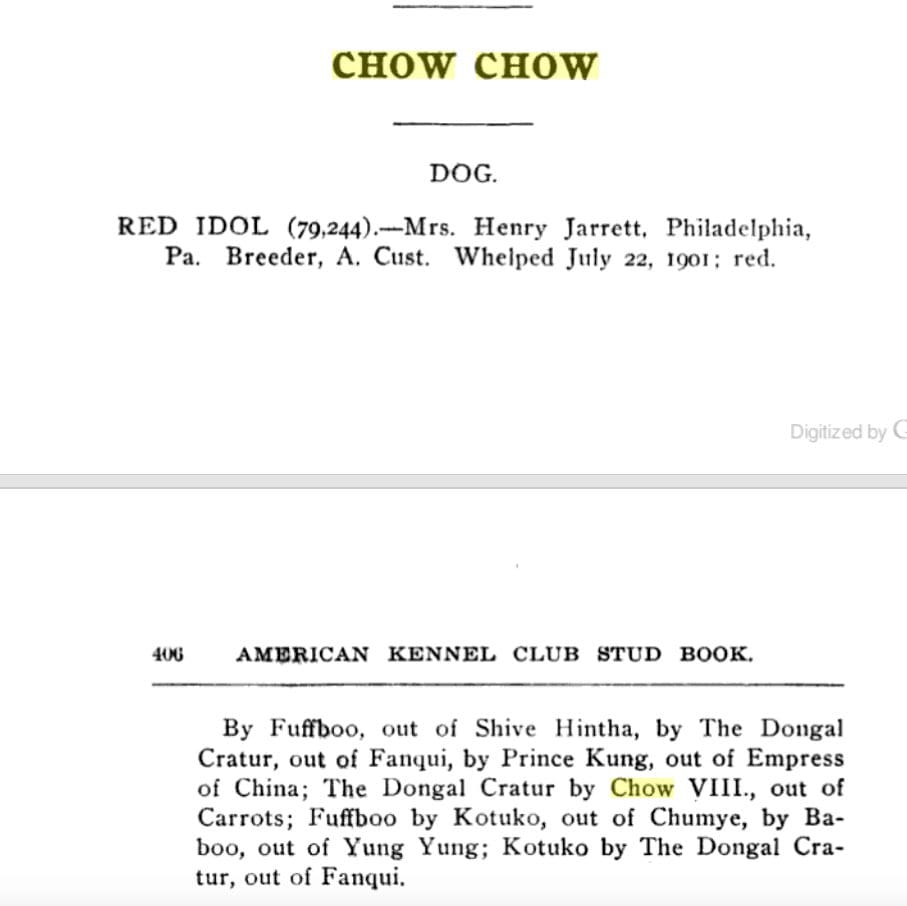 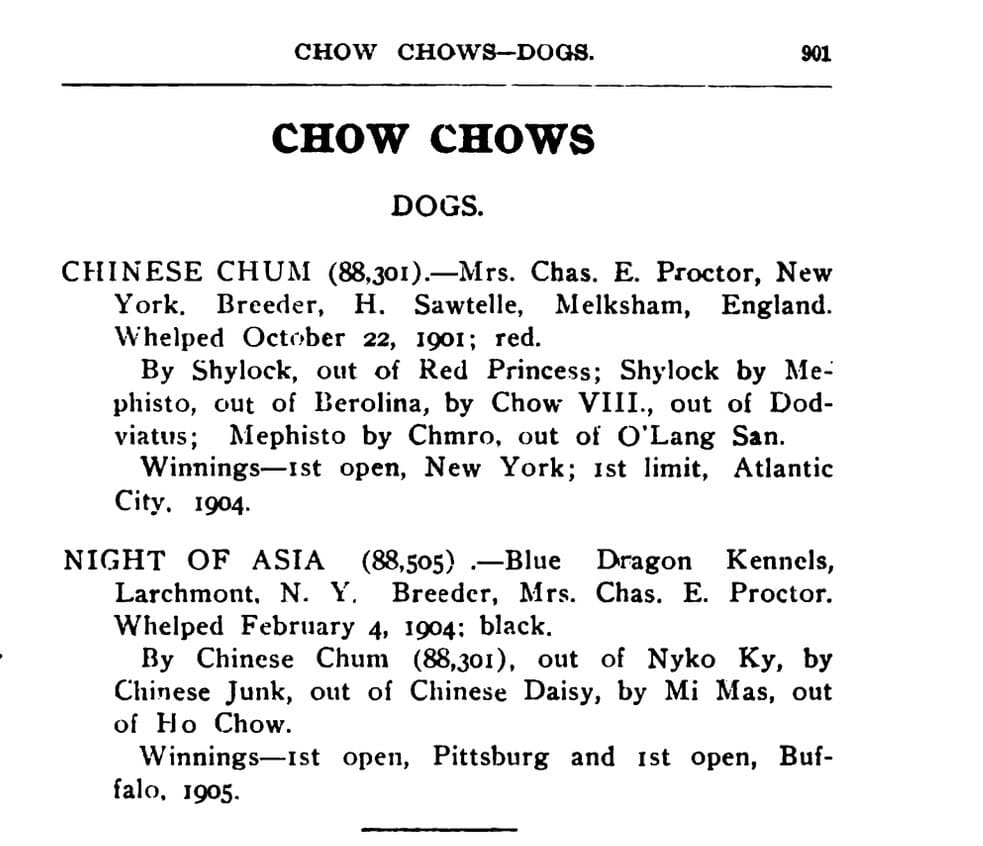 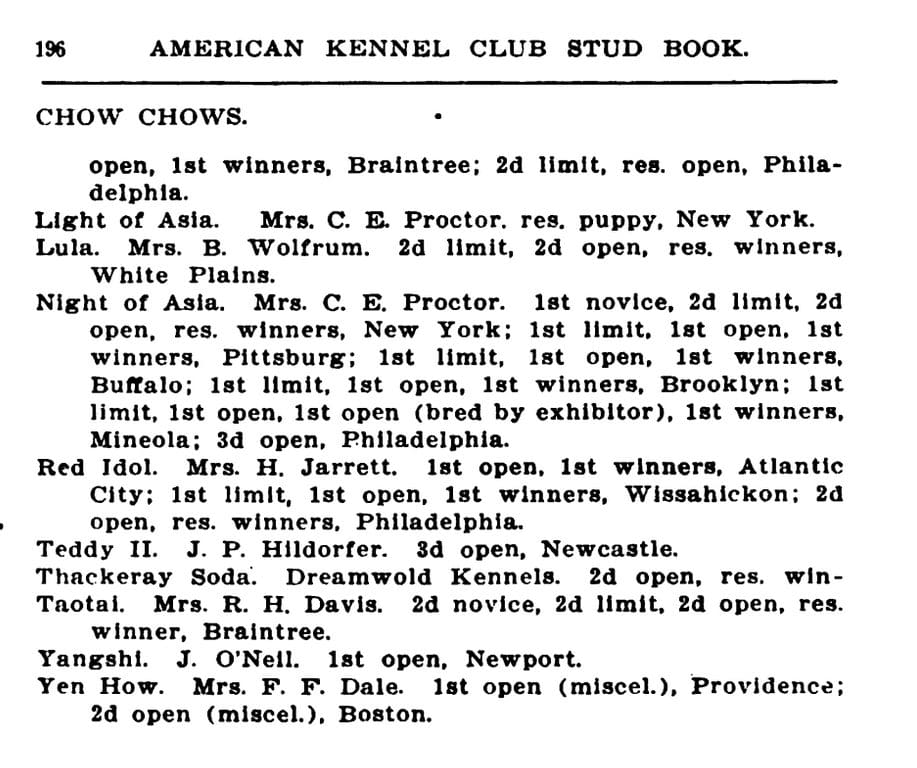 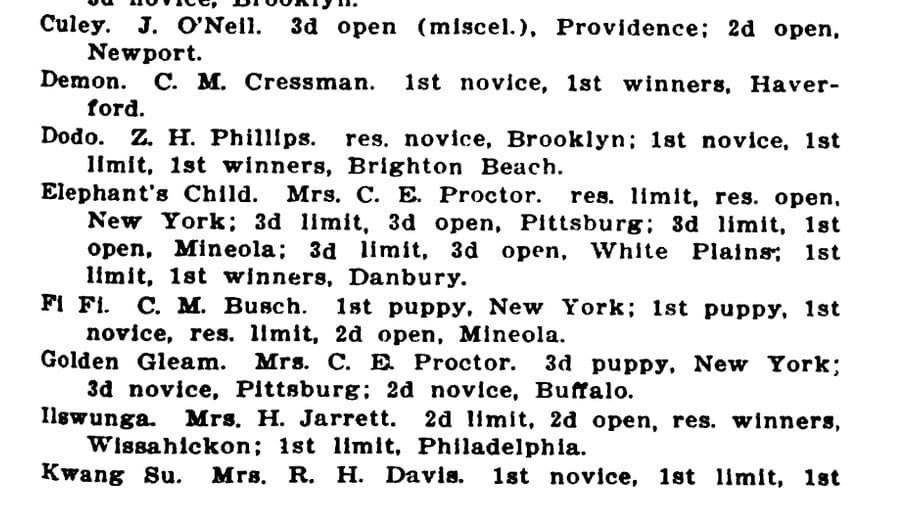 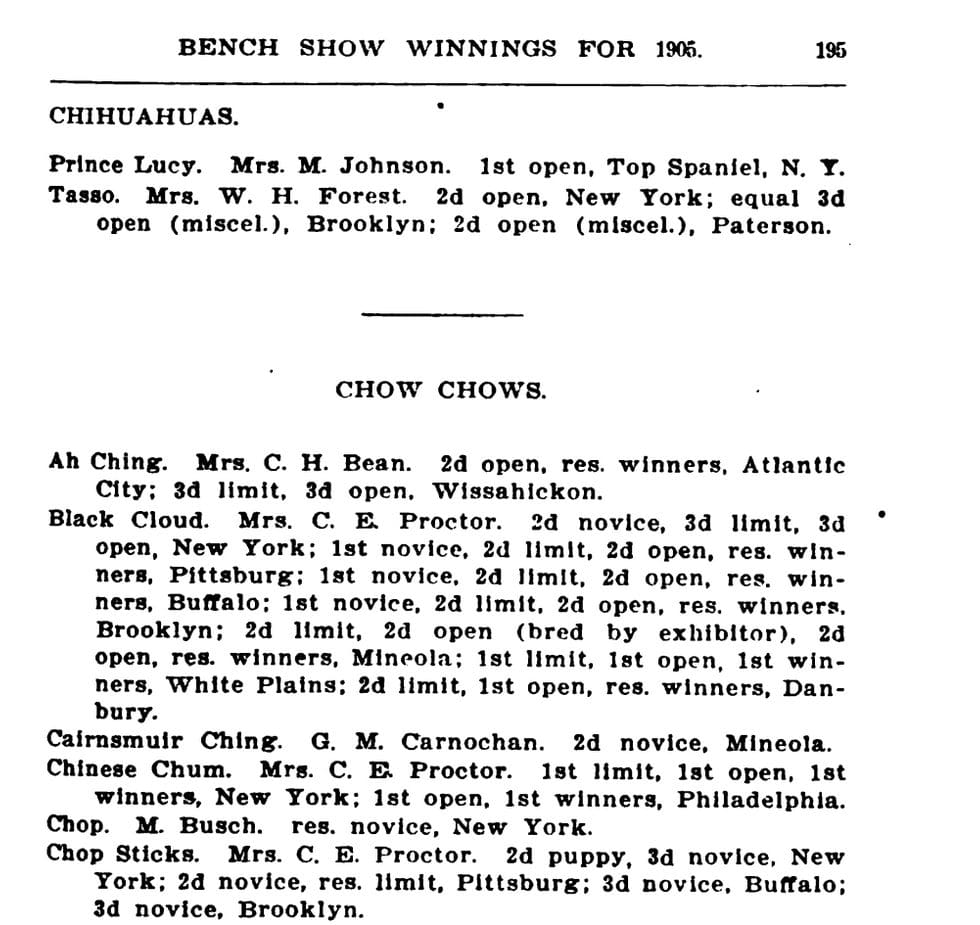 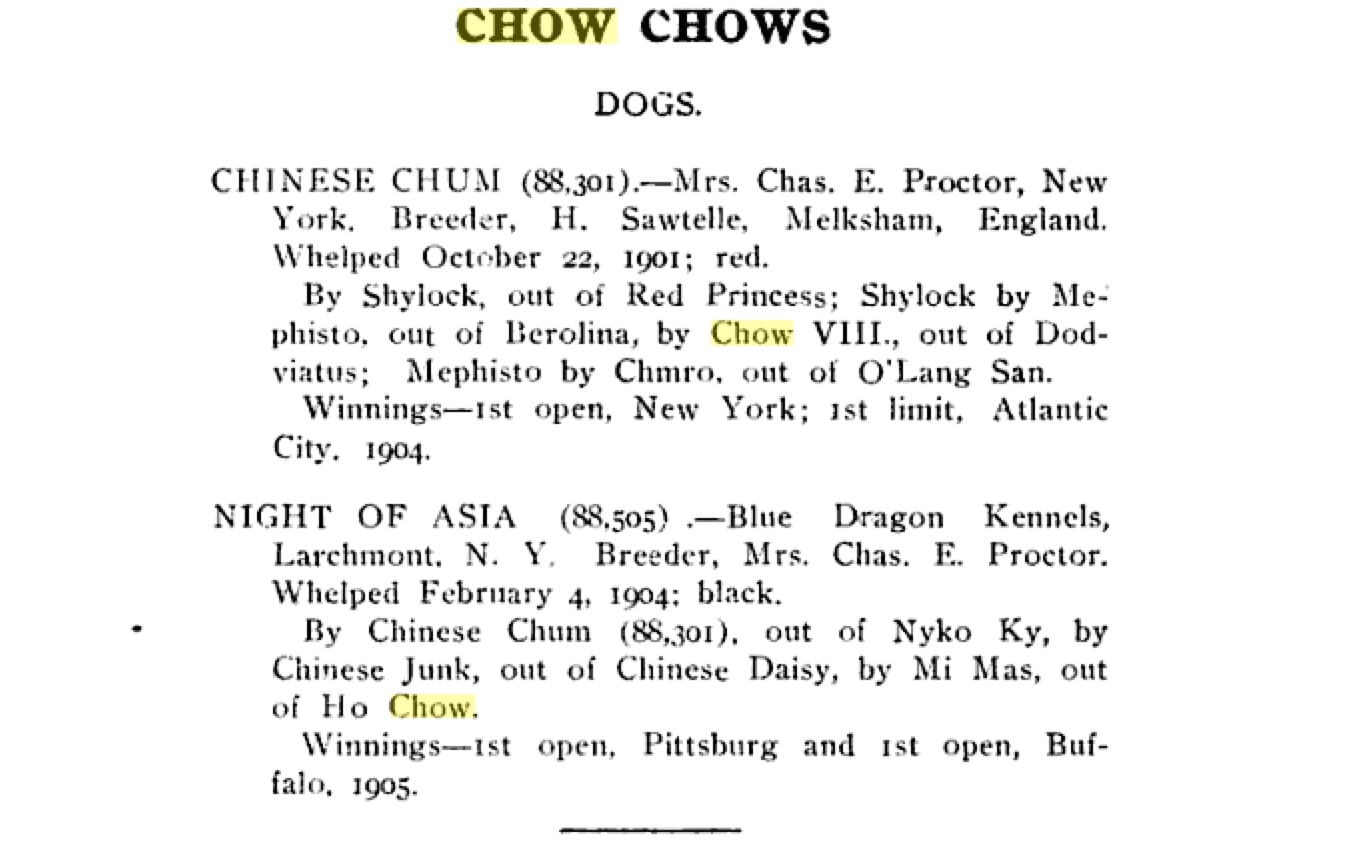 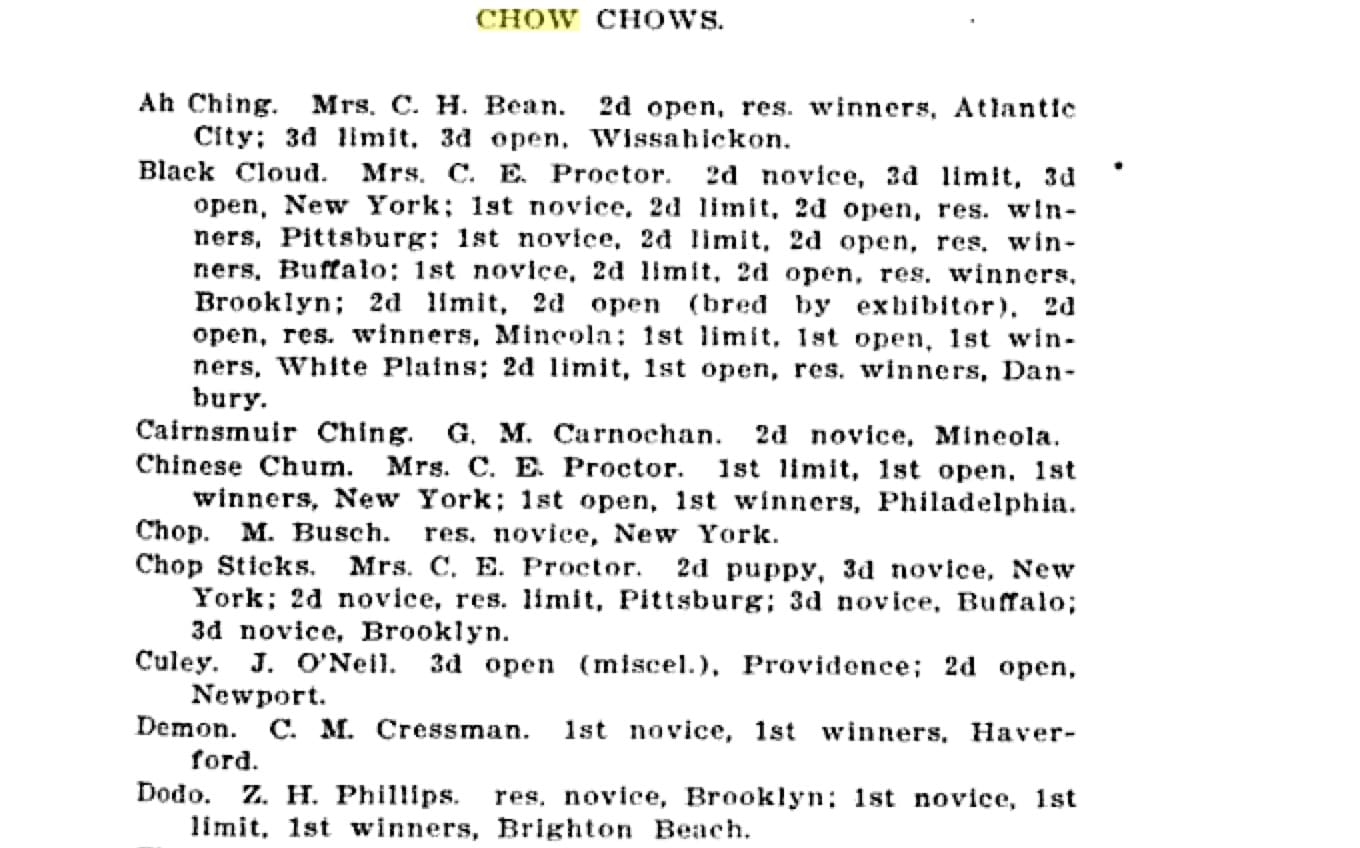 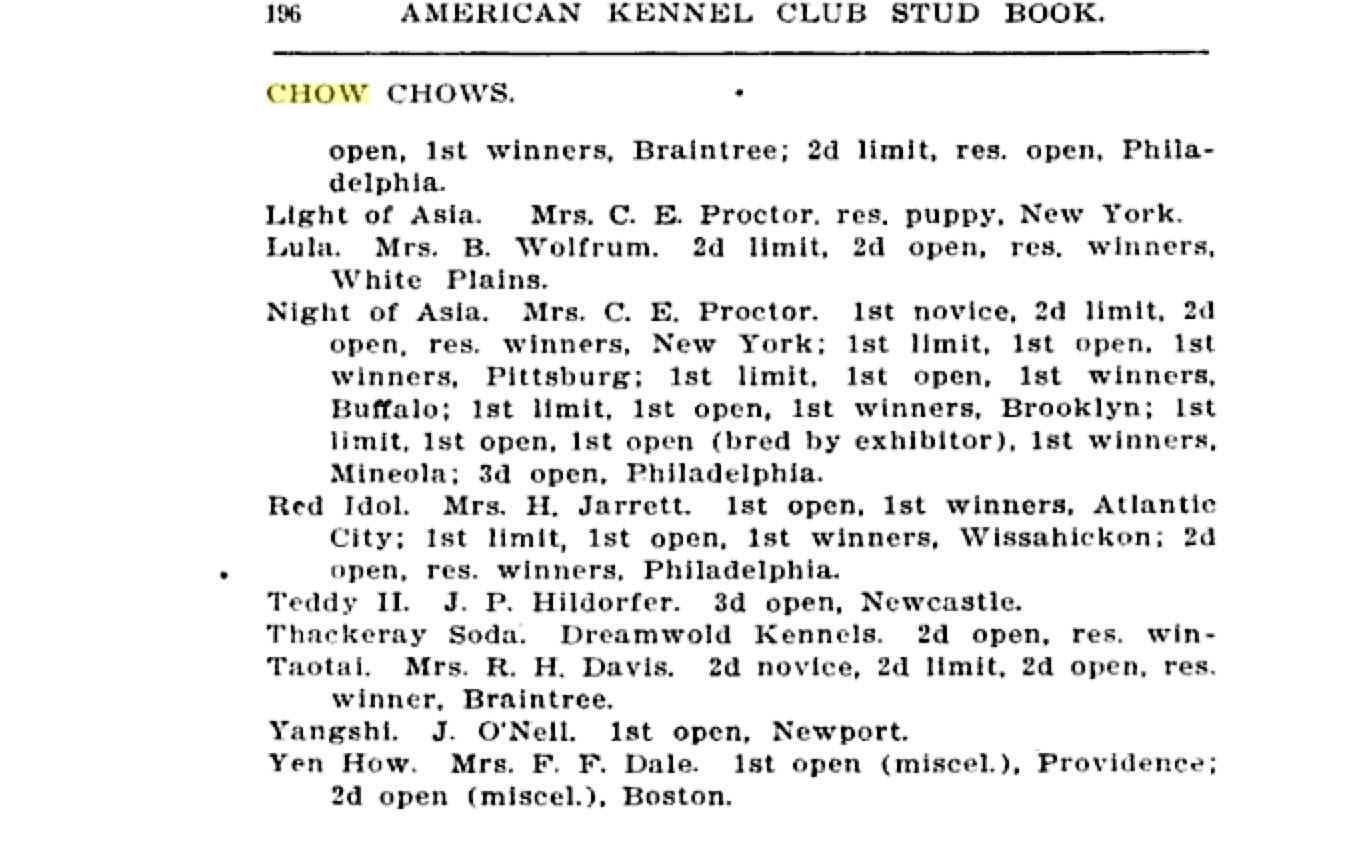